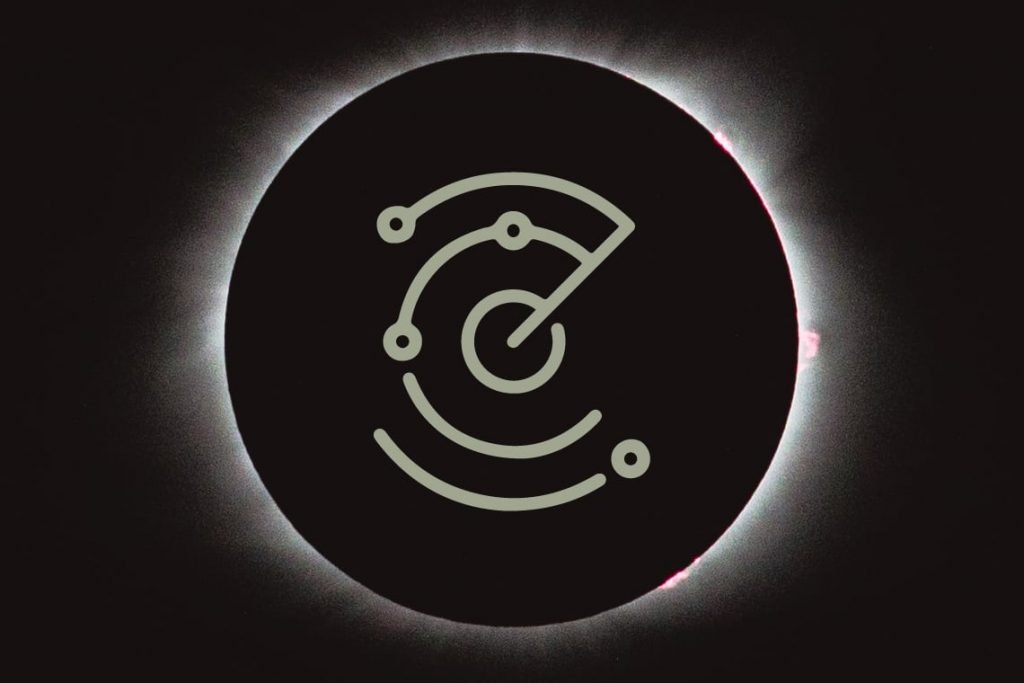 Earlier this week BaseHead revealed a free version of their popular sound browsing app: the Creator Edition. Hailed as a BaseHead option for the community, the release brings a new offering to a crowded field of sound effect asset management programs.

Today’s post takes a first look at the new sound browsing app and explores how it can help you manage your own collection of sound clips.

What is the BaseHead Creator Edition?

The BaseHead Creator Edition is a free sound clip browser. It allows adding sound effects to a desktop app, browsing and auditioning them, and transferring selections to use in apps like Nuendo, Pro Tools, Reaper, Cubase, and others. 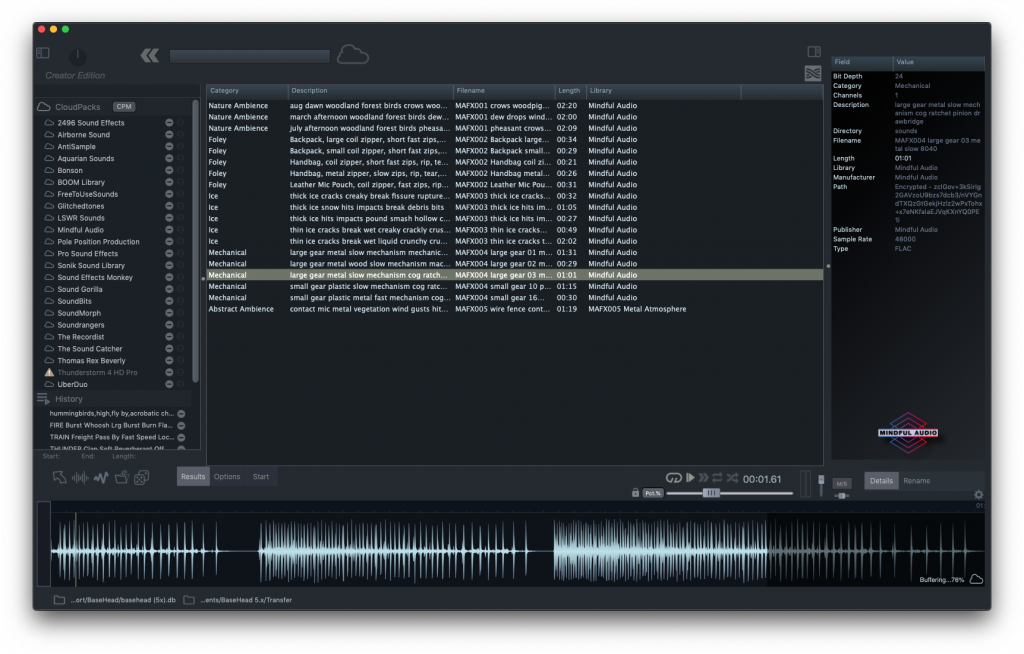 Those are the broad strokes. Let’s look at the details.

In essence, the Creator Edition is a simplified version of the full BaseHead app. Users can expect a similar interface and workflow as the professional-grade sound browser: adding sounds, searching and finding by keyword, and transferring snippets of clips into Reaper, Cubase, Nuendo, Adobe Premiere Pro, Pro Tools, and Logic via spot-to-track as well as other apps via drag-and-drop functionality.

What kind of scope does the app allow? The Creator Edition allows users to add 6,900 clips from their own collection. This is in addition to unlimited access to roughly 18,000 free clips from community vendors, as well as 22,500+ sounds from the BBC Library, both of which are streamed directly from the cloud. 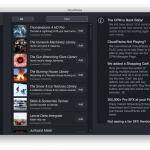 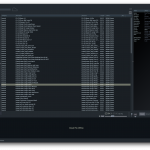 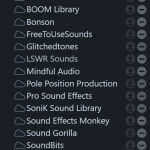 The Creator Edition is completely free of charge. There is no subscription fee. All it requires is a BaseHead online account (established users can use their existing BaseHead credentials) as well as signing up to their free email newsletter to suppress the occasional pop-up nag screens. The online login does away with a need for a dongle of any kind. 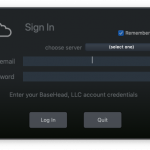 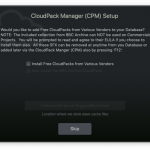 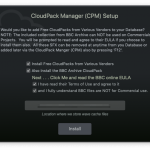 What about sound specs? The Creator Edition allows transferring at 48 kHz/24-bit in mono and stereo (although it can add and audition sounds from any resolution). Pitch shift, reverse play, and panning are all included. Spot-to-track and drag-and-drop work for both full files and snippets of longer sounds.

Each clip can display metadata in every field, and can be gathered in an unlimited amount of sound file databases.

The BaseHead family of apps already have three siblings. The Creator Edition adds a fourth. How do they differ?

As you would expect, moving through the Creator Edition, Lite, Standard, and Ultra versions adds new features and functionality. Here is an image from the BaseHead Creator Edition page that lays out the benefits of upgrades: 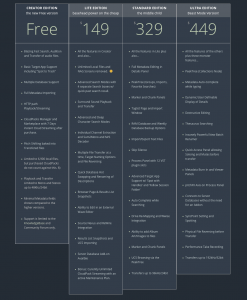 The Creator Edition is a package designed for students, broadcast video or audio editors, and beginning sound fans. As users evolve their career, they can easily use an in-app upgrade process to take advantage of features such as multichannel, Rewire auditioning, higher sample rates, channel extraction, advanced search, metadata editing and burning, batch renaming, and other options.

Why Use the BaseHead Creator Edition?

What’s the appeal of the Creator Edition?

That being said, it isn’t intended to take the place of a full-featured asset management system. If you’re looking for pro features like metadata editing, 192 kHz transfers, unlimited file counts, multichannel support, batch editing, and others, an upgrade to one of the advanced versions will do the trick.

Instead, the Creator Edition is an easy-to-use streamlined version of the pro apps that will get new sound fans up and running adding, browsing, and using sound clips in their projects – without having to reach for their wallets.

First Impressions of the Creator Edition

So how does the Creator Edition stack up for field recordists and sound designers? Is it a good fit for you?

Well, you can’t beat free, can you? After all, most sound browsing apps are hundreds of dollars. For beginning sound fans, it’s hard to justify that expense. Often these expensive apps offer features new editors won’t use until later in their careers.

The Creator Edition is a good match for casual sound fans that want to manage their growing sound collections and use their clips with whatever editing app they want. They can fill in holes in their sound libraries with the Creator Edition’s free bundled sounds whenever needed. The ability to purchase premium CloudPacks offers the option to further grow sound collections. 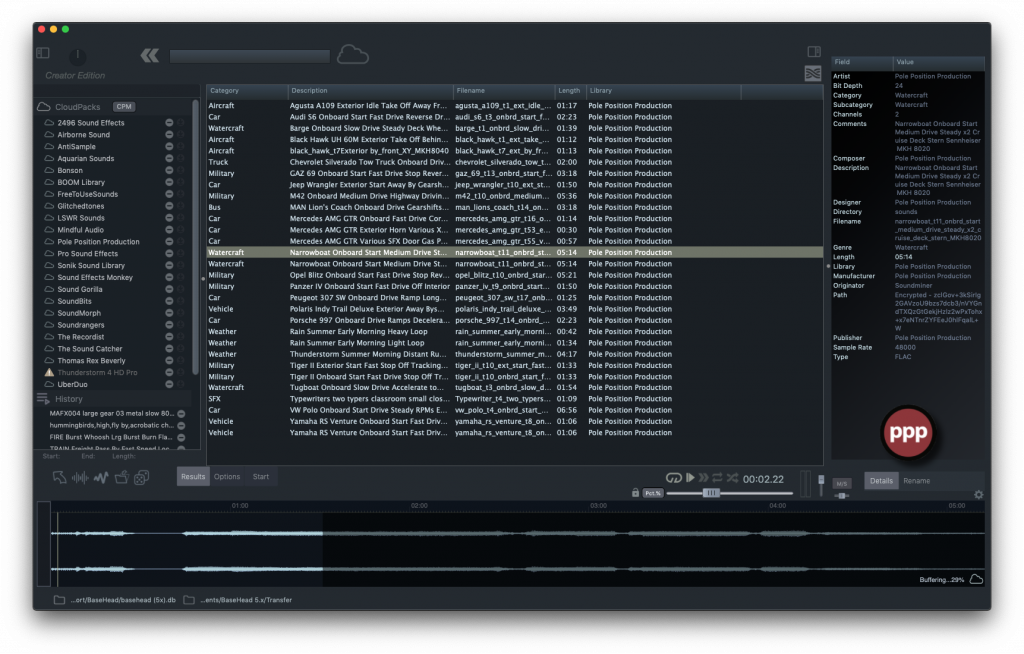 The Creator Edition does have limitations, it’s true. For free software, they are reasonable, though. When you’re beginning in sound you won’t have much call for detailed metadata management, 7.1 surround single channel pickers, or lofty 192 kHz sample rate transfers. For those needing more from the Creator Edition, BaseHead has a fluid upgrade path to more features. The first tier – the Lite Edition – is $149. That’s a one time fee that opens the door to advanced search, surround sound, channel extraction, Rewire, and more.

What the Creator Edition does give you is a sound management app with solid command of the essentials: adding, browsing, and transferring audio, supplemented by bundled pro sound effects as well as an integrated sound library marketplace.

The scene isn’t lacking for sound manager app options. If you’ve been curious about the BaseHead style of sound effects management, the Creator Edition is a painless way to learn more.

Is it for you?

If you have a limited budget and need to browse and transfer sound clips while adding the occasional third-party sound library, the BaseHead Creator Edition is worth looking into.

Check out the BaseHead Creator Edition.