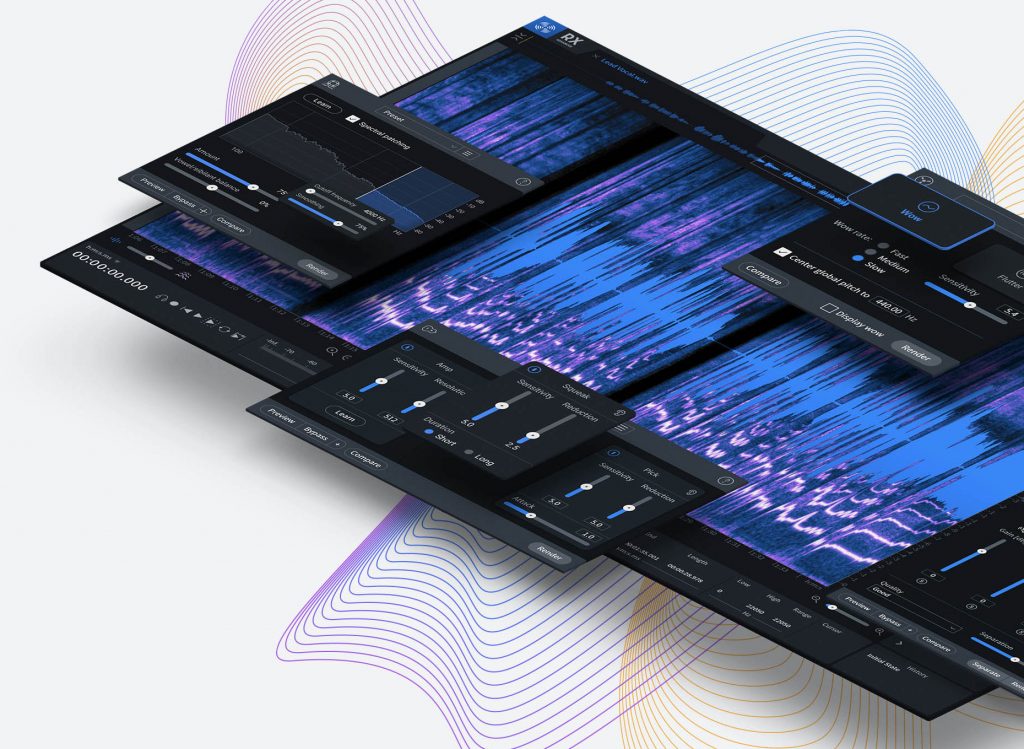 It’s been a long time coming. RX 7 was released in September 2018. So, is version 8 worth the wait? Is it a good choice for field recordists and sound effects pros?

What is iZotope RX 8?

For those new to the software, RX is an audio restoration tool used to repair music, dialogue, and sound effects. It has evolved over the years to include an impressive amount of repair tools ranging from buzz and hum repair, de-noising, de-clipping, de-crackling, and much more.

The vast majority of tools are focused on repairing audio for dialogue and music recordings. There aren’t field recording- or sound design-specific tools per se. However, it has become an indispensable tool for removing line buzz from crowd atmospheres, taming pre-amp noise from quiet, performed effects, and eliminating clicks and pops from crackling designed fx.

The latest tools added to RX 8 have led many to label it as a “music release.” Tools such as guitar de-noise, music rebalance, and others certainly point in that direction. Just the same, there are a few extra features that sound designers and field recordists can certainly take advantage of.

RX 8 is available in three versions each with additional features and price point: Elements ($129), Standard ($399), and Advanced ($1,199). You can compare the features using the image below, or look in detail on iZotope’s website: 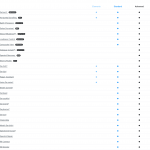 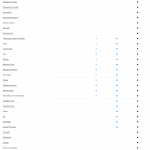 As you can see, there are an immense amount of tools. New field recordists wouldn’t be blamed for not knowing which version to choose. It’s not entirely clear if upgrading from a previous version is worth the price to access the latest tools.

It’s a difficult question to answer. After all, the tools one needs depends a lot on the audio being repaired. That will obviously differ between musicians, post production dialogue editors, field recordists, and sound designers. For the sake of simplicity, we’ll focus on the features and modules field recordists and sound designers would find most helpful with this first look quick review.

I’ll wrap up with my thoughts on the latest version, and whether the new features are worth upgrading for field recordists and sound designers. 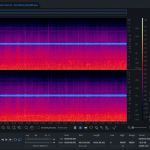 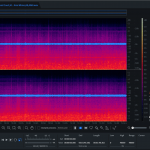 As you can see, the interface is nearly identical. One minor change is the slider. The slider itself is thicker, brighter blue colour, and a more prominent knob: 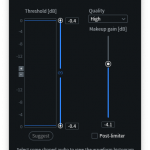 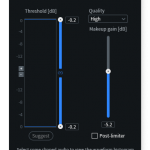 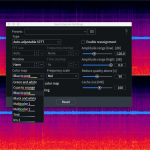 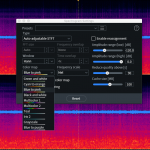 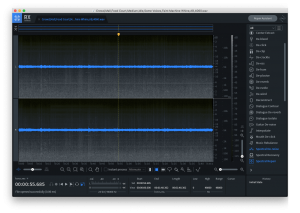 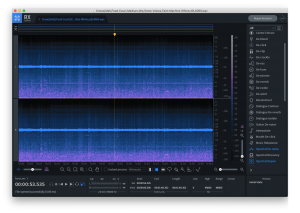 Each version of RX introduces new modules and shuffles old ones around. It’s not uncommon to see features bumped from Advanced down to Standard, and others reassigned to Elements. 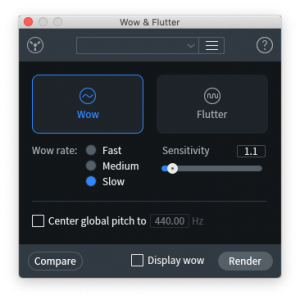 Wow & Flutter (Advanced only) is designed to repair the warbling imperfections sometimes created when transferring from tape to digital formats. While interesting, this will see limited use for field recordists and sound designers. Those mastering techs who are working with legacy 1/4 inch sound libraries may get the most out of it, but that’s about it. 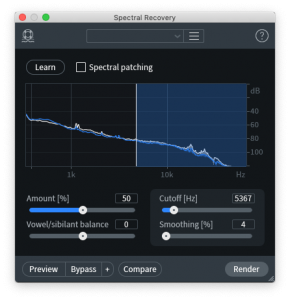 Spectral Recovery (Advanced only) restores frequencies above 4kHz that have been lost during compression, for instance during audio of video calls. While this would see limited application in the sound fx world, it could find niche use for sound designers.

There’s a lot more value in the RX 8’s improvements from previous versions.

Perhaps the most welcome is horizontal scrolling. Previous versions of RX were unable to side-scroll through the spectrogram. Instead, editors needed to grab and drag the timeline, or use the grabber tool to pull along the waveform or spectrogram. Neither were intuitive or quick, which made repairing bird chirps, crickets, or any other intermittent errors take twice as long as they had to. On my machine (MacBook Pro 15” mid-2015, i7 2.8 quad core) horizontal scrolling is a bit jerky, but I’m not complaining. It’s a very helpful feature to have finally arrived.

The De-hum module has been improved. It now strips buzz and hum in 16 bands, up from 8. It’s now also possible to choose which bands will be processed by checking or unchecking each frequency. 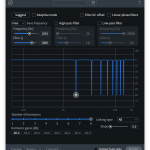 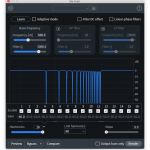 The Batch Processor (Advanced and Standard only) feature has undergone a significant overhaul. RX 8’s panel introduces a more attractive left-to-right workflow. It also allows exporting to multiple destinations, formats, and naming schemes at once. 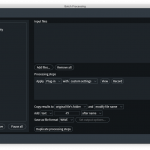 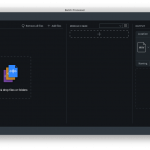 Here’s an iZotope video explaining these and other features:

I’m sure there are countless bugs fixed in RX 8. I noticed one in particular: previously, sending a mono file from Pro Tools to RX would play only in the left channel. However, when sent again, it would play in both channels. RX 8 has fixed this so that mono files now audition properly the first time.

Just the same, some stubborn bugs remain. For some reason, files transferred to RX via the Connect plug in will reappear when the app is restarted. This occurs even if the “Reopen previous audio files when app starts” is unchecked.

A puzzling, minor issue: the main window always appears about 100 pixels lower than the MacOS menu bar when launched, even if you move it flush with the top every time before quitting.

And, while not necessarily a bug, presets are not carried over between versions. It’s easy to fix this; just copy the presets from one version to another (find your OS’s preset locations here). This doesn’t migrate everything though. For instance, my Batch Processor settings and plug-in presets aren’t restored with this method. Keep this in mind when upgrading.

RX is undeniably powerful. I would not hesitate to classify it as an essential tool for field recordists, sound designers, and sound fx mastering techs. But which version should you get? Can you get by with Elements? Or is the pricey Advanced version required?

The most common problems sound fx recordists encounter are buzz, hum, noise, clicks, and clipping. However, the truly invaluable module in RX is Spectral Repair. This allows fixing in utmost detail, invisibly removing thumps, ticks, bird chirps, wind buffets, whines, and much more. It is the only module I use hundreds of times daily.

Let’s look at the features each version offers. If you can do without Spectral Repair, De-noise, and RX Connect (sending snippets from an editing app to RX and back), you will be satisfied using Elements ($129). It’s a good way to get started with the core modules of De-hum, De-click, and De-clip, with standard editing and mixing features included as well.

If you do plan on doing significant repair to your field recordings, a more full-featured version is essential. Standard ($399) adds Spectral De-noise, Interpolate, RX Connect, and Spectral Repair. That’s pretty much all you’d need to repair most field recording problems.

Why bother with Advanced ($1,199)? Well, if you expect to be removing preamp noise from your nature recordings, Spectral De-noise adds a few extra algorithm, noise floor, and dynamics settings. I’ve rarely used these myself, however they are there for those who want the finest control sculpting hiss from their recordings. Wow & Flutter and Spectral Recovery are also only available with Advanced.

Perhaps you already own an earlier version of RX. The good news is that the upgrade cost from any earlier version is the same. Is it worth it to upgrade to RX 8? Should you wait for RX 9?

RX 7 added a significant upgrade for field recordists and sound designers: multichannel support. This allowed restoring up to 10 channels in tandem. I have found myself using this more and more while editing Holophone and Ambisonic recordings, or multi-channel gun or vehicle sessions. Does RX 8 offer a similar irresistible feature?

For field recordists and sound fx pros, the answer is no. Neither Guitar De-noise, Music Rebalance, Spectral Recovery, or Wow & Flutter will see enough use in typical field recording scenarios to warrant an update from RX 7. If you’ve made do on RX 5 or 6 this long, upgrading to 8 won’t introduce an earth-shattering changes.

The one exception: horizontal scrolling. I spend a lot of time in RX removing birds, crickets, thumps, and so on – often editing 5 minute-long tracks while zoomed in to 5 second spans of the spectrogram. For this use, horizontal scrolling has been a godsend. Should it have been in an earlier RX version? Absolutely. Does it warrant spending $299 just to upgrade? That’s up to you.

That’s not to take away from the fact that RX is without question an essential piece of software for repairing field recordings, sound fx, and tweaking sound design clips.