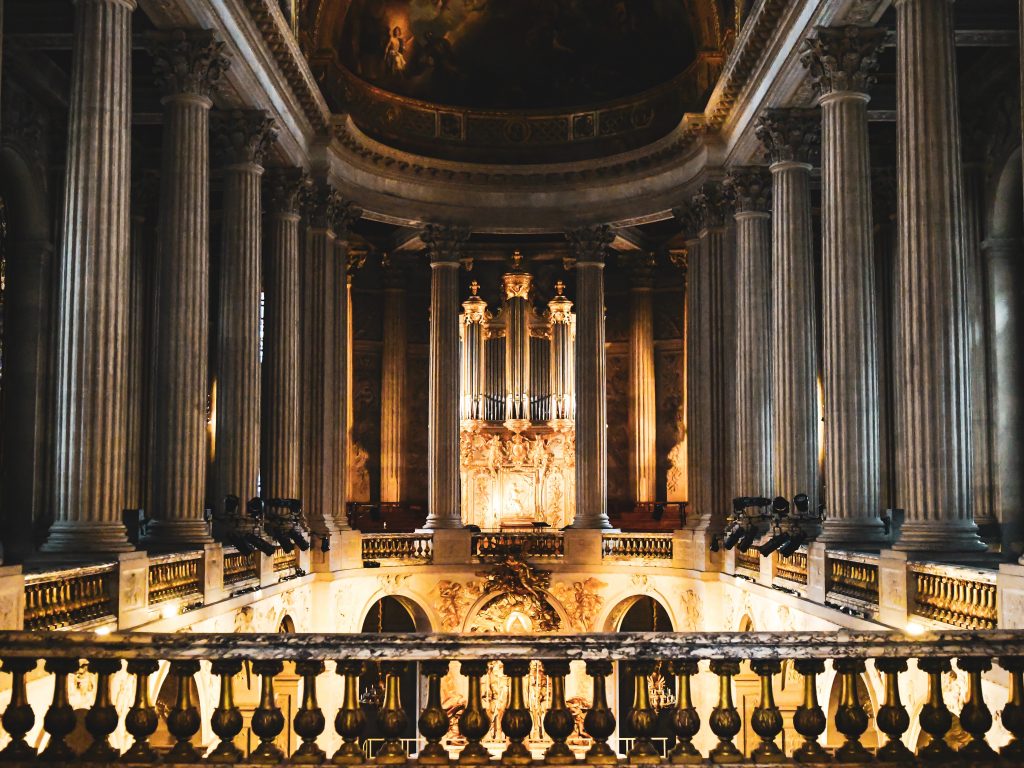 Dutch software company Audio Ease has updated some of their popular software. Over the past two months I’ve received invitations to download latest versions of Barbabatch, Snapper, and Altiverb.

In most cases, this brings MacOS Catalina 64-bit compatibility to the apps. However, there are some intriguing changes and new features. 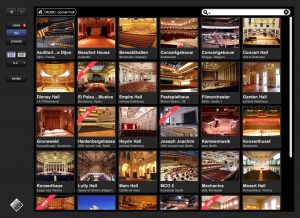 Altiverb (€499 stereo/€849 surround) is popular convolution reverb plug-in created from impulse responses (IR). I reviewed the plug-in a while ago. Beyond providing a large amount of convolution reverb settings, the plug-in allows importing your own IRs. It’s a powerful, evocative tool for applying reverb to your projects, or creating impulse response collections of your own.

The latest update allows downloading the core IR set from within the plug-in itself. It shuffles some folder locations, and includes Catalina 64-bit compatibility. You may wish to update your IRs to download some cool new places: the Semperoper, an RAF aircraft hanger, and St. David’s Hall (Wales, UK).

Snapper (€59) is a handy little app. Any time an audio file is clicked, Snapper springs into action and presents a waveform beneath the desktop window. This displays the timeline, markers, and audio file info. You can audition single channels within a whole, select and play back portions of a sound, and zoom in and amply the waveform display. Drag fragments out of the waveform into new files or 3rd party editing apps applying fades and format conversion along the way.

It’s my preferred way of scanning quickly through files, say, when previewing clips as I pull them off recorders. I also mentioned it earlier as a good, simple alternative to complex and expensive sound browsing metadata apps. It’s a helpful way to search, audition, and transfer in the Finder itself.

While I appreciate the Catalina support (along with the new dark mode), unfortunately it appears I have a graphics resolution issue on my system. The icons appear blurry and washed out. The Audio Ease team are looking into it. It works well, just the same, though. 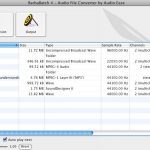 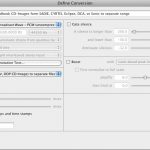 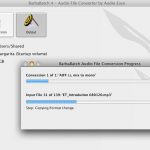 Barbabatch (€339) was introduced 25 years ago. I originally picked it up more than ten years ago. At the time, it was a handy way to batch convert audio file formats with bonus options like gating, boosting, adding fades, extracting regions, and much more. One of its highlights was its support for obscure formats (from Amiga IFF to Sound Designer II) with settings that could be tweaked to the finest degree. It had a lightweight three-pane workflow that was simple. Conversions were incredibly swift.

Unfortunately, it couldn’t process more than 2 channels, and didn’t feature lossless compressed formats (like FLAC or WavPack). So, I found myself deferring to Soundminer, BaseHead, and TwistedWave for converting or archiving my field recordings.

I was thrilled to read that version 5 now supports surround sound up to 10.2 channels.

I asked Audio Ease if they plan to support metadata in the future. Aram from Audio Ease mentioned that XML support is planned.

And as for compressed formats? Aram told me they “could not find a properly maintained 64-bits library that enables FLAC or WavPack.” So, I expect this feature won’t be supported soon, if ever. But who knows?

All updates are free to owners of the previous version. Do you own one of these apps and haven’t received an update email? Contact Audio Ease.