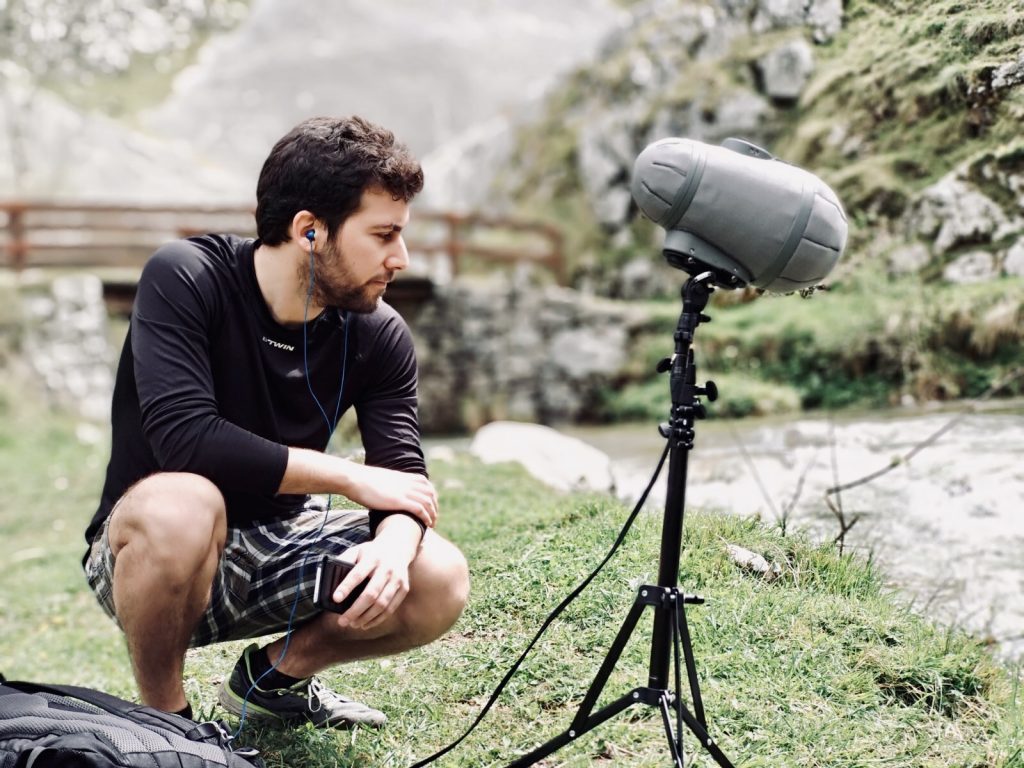 Flight times and making connections. Baggage allowance. Security check. Jet lag. There are enough hassles with travel itself. Compound that by adding audio recorders, microphones, memory cards, and powering strategies, and it would be understandable for any field recordist to want to keep things simple while capturing world sounds and field recording.

Pablo Valverde has recorded sound effects across Asia and Europe focusing on one special technique: stealth field recording. His goal? Using a kit that focuses on improvisation, responding quickly when inspiration appears, all in an effort to explore the intersection between sound and place.

I asked Valverde to share his experiences with us. Today, he kindly describes his travels, his technique, and the role of gear in the places he visits.

Creative Field Recording: Can you tell readers why you began field recording? How did GainWalkers get started?

Pablo Valverde: I started field recording back in 2015, when I bought my first handheld recorder, a Zoom H2n that I still have. GainWalkers started in 2017, in London, with another colleague. He had to step aside though, since he was, and he still is, quite busy recording cars. Back to the first question, I guess I started field recording,  spiritually, when I was a kid. I remember watching movies like Alien and feel amazed by all the ambient sounds of the Nostromo. It’s those backgrounds and layers that I fell in love with. I love building worlds completely from scratch and make them alive and believable. In order to achieve that, you need the right recordings. Lucky us we have this big sound community that every week releases dozens of new sound libraries. 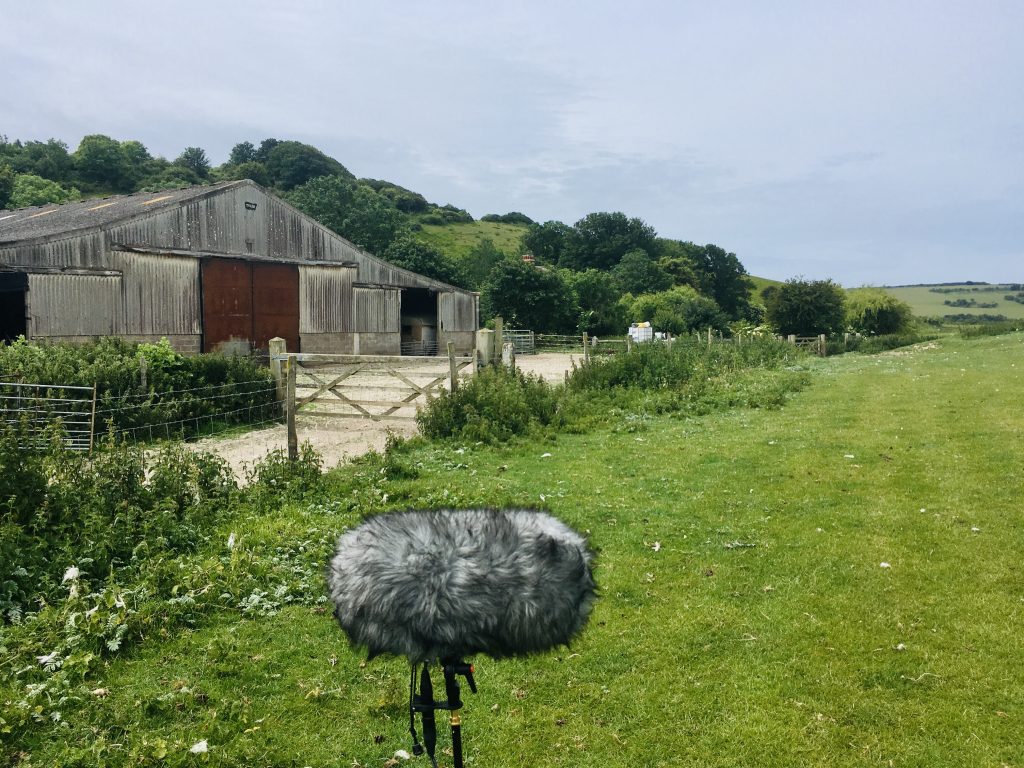 CFR: You’ve recorded in Italy, Spain, Thailand, Brussels and other places. Why did you decide to record travel effects?

PV: Every city and country sound different. Different languages, different traffic, different culture. Spanish bars are smaller compared to the classic British pub. Mediterranean people speak very loud and fast. Thailand is full of street markets and motorbikes. English police sirens are insanely loud. Recording all these things is my way to remember that trip. And I know productions will need these sounds in future projects. There’s never been so many productions like nowadays.

CFR: What equipment do you use when you’re traveling and recording?

PV: Depends on where I am going. Currently I have two setups. The light one is my trustworthy Sony PCM-D100. It never let me down. Last month I went to Northern Spain and while I was hiking, I left it in a corn field recording the wind rustling. All of sudden, a downpour started so I had to go back and pick it up. It took me around fifteen minutes to find it, but it survived. Sometimes I also combine the D100 with a pair of Clippys. I place both lapels in a bag like in this picture (pic attached).

This allows me to record crowd sounds that otherwise would be impossible to record with bigger gear. I use that big gear to record quieter sounds, which usually is a Zoom F8 with a [Sennheiser MKH] 8040 + 30. It fits perfectly in my bag and M/S gives me the flexibility that I need on the field.

CFR: How is this gear different from equipment you would use at home?

PV: When I am at home, or nearby, I mostly use two 8040s in ORTF. Unfortunately, I haven’t found yet a way to fit this setup in a hand luggage on flights. Clothes and local food are in the same bag, so there is no room for the mics.

The idea is to upgrade to a DMS setup at some point (Two 8040s + MKH 30). In addition to this, and following George Vlad's approach, I just got a couple of mikroUšis for stealth recording (combined with my trusty D100).

CFR: When you were recording on the road, how did equipment affect the sounds you could capture?

PV: A light setup like mine makes pretty easy to record crowds. Early this year I was in Rome and, like any other tourist, went to the Pantheon. The acoustic was beautiful. It was full of tourists, with no music in the background. I couldn’t miss out on that chance. I had my Clippys and D100 with me so I could record it.

I find this gear very useful to record crowds and urban sounds, when you need to record on the go. But not good enough if I want to record wind, birds, crickets or anything not human. 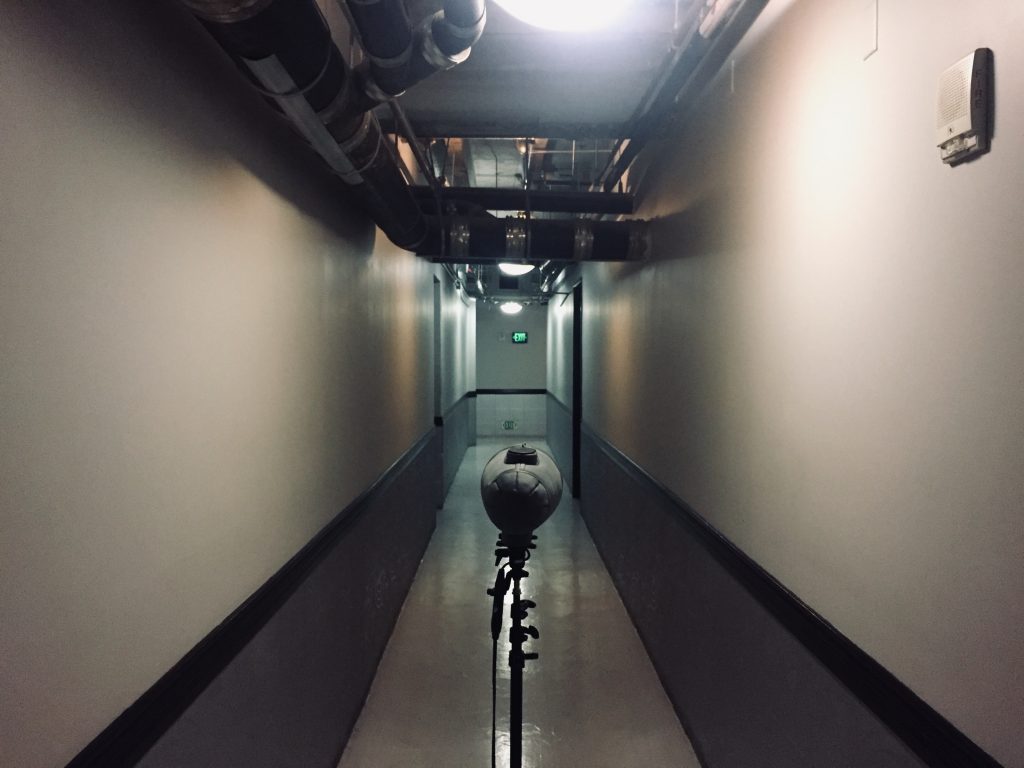 CFR: Traveling itself is very exhausting. Recording, as you know, is a lot of work as well. You have to move around a lot. Do you find equipment form factor makes it easier to go out and grab new sounds? Do you ever find that that gear holds you back from recording? Or does it make it easier to get out there? Any thoughts on that?

PV: I’m using that gear mainly for stealth recordings. People may react to you if you take out a mic stand with a big furry windshield. And that will change the nature of the atmosphere, which is the opposite of what we are after.

The second factor is it’s lightweight. When you travel as a tourist and accompanied by someone else, you don’t have a lot of time to get ready and start recording. You need something light and that can start recording as soon as possible, without compromising quality. The D100 fits that need. You are out the whole day and you are going to get tired at some point if you carry something heavier. Not with the D100, which is the same size as a DSLR. I have captured so many sounds that would have been impossible without a handheld recorder. Sounds that you know you won’t hear again because you are leaving that country the day after. You record them, you share them and it may be useful for another person from the other side of the world. I find that fascinating. 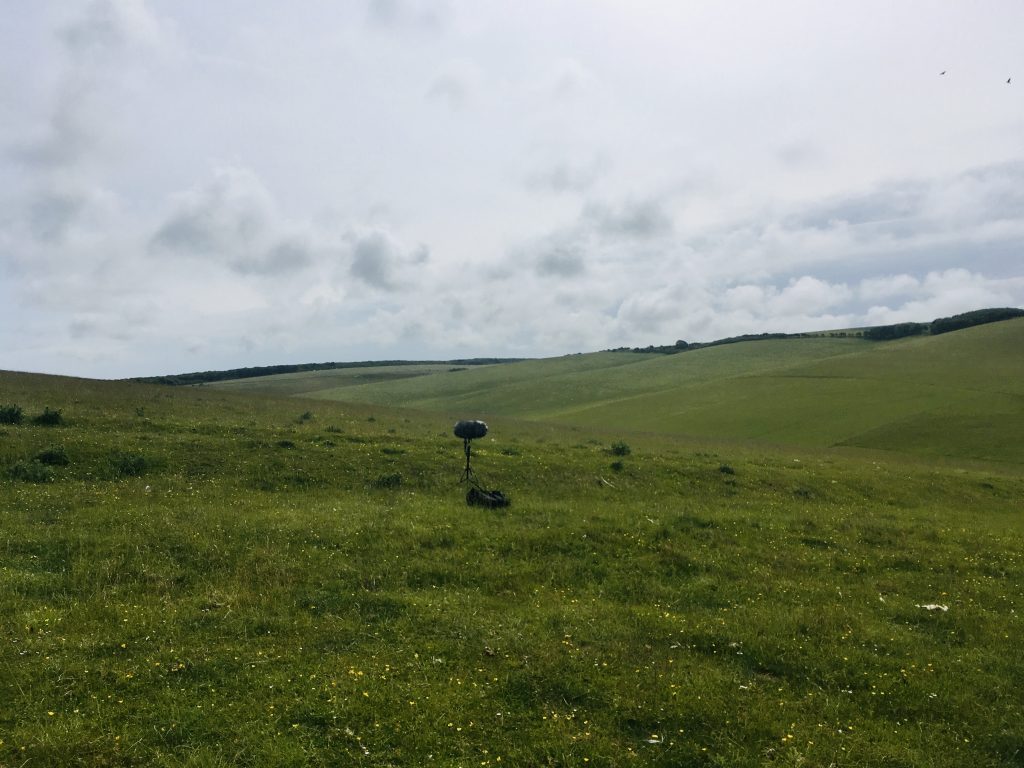 CFR: Is there anything you learned when recording on the road?

PV: Definitely. The best way to learn about field recording is simply to record as much as you can. Then it’s when you will realize over time how useful an ambience or a specific sound is. It also makes you pay attention to your surroundings. You visit different countries both visually and sonically. We all know how the Great Wall of China looks, but how does it sound?

CFR: Your Tourist Crowds collection takes a novel approach. It captures sounds that are typically sidestepped when travel recording. What was your approach for that collection?

PV: I started recording these sounds after a sound editor approached me and said that he usually finds himself missing this kind of sound. And then I thought: how many times have I seen a movie set in a tourist place? A lot, right? Will you use an English crowd if the scene happens in London, right next to the Buckingham Palace? No one in that area is British. What you have is a mix of Spanish, Italian, Turkish, Dutch, Chinese, etc. You name it. And that background layer can be shared by all the dubbed languages.

CFR: Can you share with readers your favorite experience while traveling and field recording?

PV: A couple of years ago I went to Belgium with a few friends. In Bruges we had a huge storm, with lots of wind and rain. The apartment where we were staying at was on the top floor, with windows on the roof. The storm made us go back to the apartment. Everything was rattling and resounding in there. I took my D100 out and left it recording almost the entire night. A few weeks later, while editing, I could hear loud and clear my friends snoring. I sent them a WhatsApp audio with the highlights. Now I have the evidence of who snores and who doesn’t! 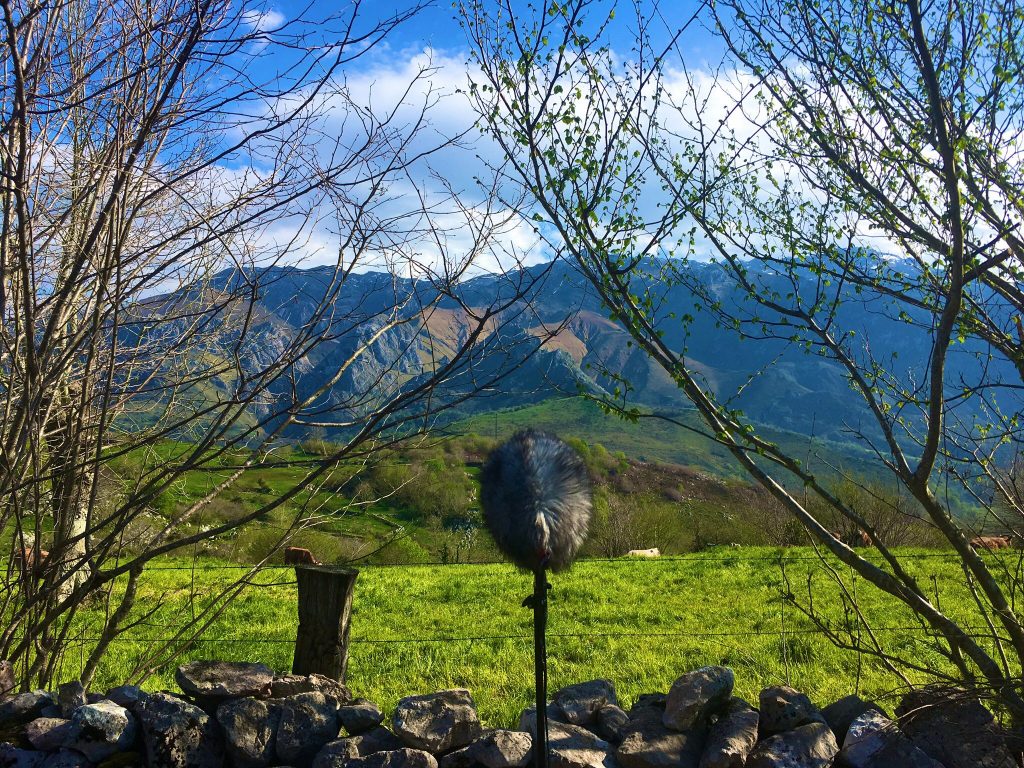 Thank you to Pablo Valverde for sharing his experiences with us.