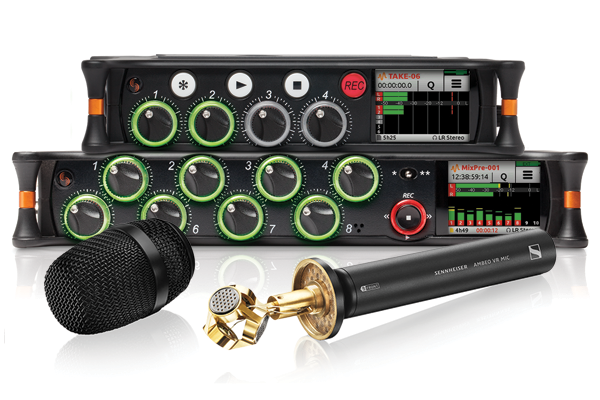 Version 3.00 of the firmware introduces significant improvements for field recordists. Let’s learn more about what’s changed with the MixPre-3, -6, and -10T.

The biggest news is that the MixPre-6 and -10T now have Ambisonic support. Ambisonic compatibility has been a popular request from those working in 360˙ field recording such as VR development and game developers.

Ambisonic support isn’t directly integrated within the MixPre operating system. Instead, it requires a free plug-in. Installation is similar to updating firmware: download a license file, copy it to your MixPre’s SD card, then activate it via the System/Plugins/Apply Plugins menu item (instructions). 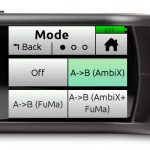 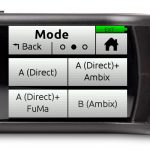 That will unlock the ability to record, playback, and monitor both A-Format and B-Format (FuMa and AmbiX) Ambisonics up to 192 kHz. It can also do the same to Ambisonics decoded to binaural and stereo, although binaural is limited to lower sampling rates. In fact, Ambisonics, stereo, and binaural can be recorded at once! 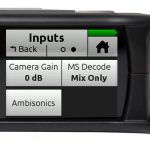 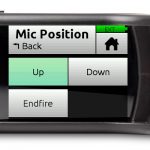 Settings specify microphone orientation, including endfire, up, and down. And, thankfully, there’s no need to worry about level parity by fiddling with each gain knob. Instead, it’s possible to gang 4 channels to one knob for easy level adjustment.

New to Ambisonic field recording? Want to learn more about the recording technique and gear? Read An Introduction to Ambisonics.

Another popular feature request has been recording pre-roll. This allows a recorder to “bank” or buffer a few seconds of audio. How does this help?

Well, imagine you are camped in a jungle waiting for howler monkeys to begin calling. By the time you press record, the howls have already started, and you’ve missed the beginning of the calls. 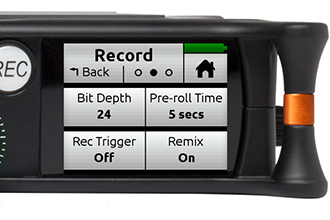 Pre-roll was designed to help. When activated in the settings, the recorder is always recording a few seconds of audio. When the record button is pressed, those precious seconds of audio are tacked onto the beginning of the recording. The result? Even recording late won’t miss the start of howler monkeys calls.

Some time ago a number of field recordists noticed a critical bug with the MixPre series: the recorders introduced ultrasonic noise above 55 kHz or so. Normally, this wouldn’t be apparent since the noise was artificially introduced in frequencies beyond our hearing. Observant sound pros spotted this flaw when looking at spectrograms of their field recordings.

Of course, a recorder introducing any noise is a serious problem. Beyond that, this was a significant issue for sound designers in particular. Any ultrasonic problems created in the upper spectrum would be revealed when pitch-shifting or resampling the file. Thankfully, firmware version 3.00 fixes the ultrasonic noise bug.

(Thank you to Stéphane for telling me about this one.)

Here are a couple of other fixes taken from the release notes that affect field recordists in particular.

There are many other new features and fixes. Read the update and download the firmware file.