I have a review of the MixPre-6 in progress. In the meantime, let’s look at some milestones in the release and development of these field recorders.

The MixPre series was released with an impressive feature set. Learn more about the MixPre-3, -6, -10T, and -10M on the manufacturer’s pages. After the initial release of the 3 and 6, some significant firmware updates expanded the functionality of the recorders. There have been a lot of bug fixes and changes. Here’s a summary of updates most relevant to field recordists: 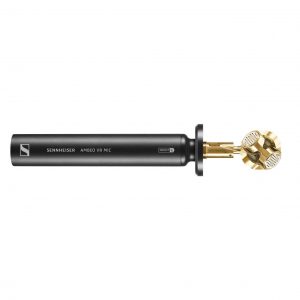 Sennheiser Ambeo VR
Sound Devices and Sennheiser have recently announced native support for the AMBEO Ambisonic microphone. What does this mean?

The ability to monitor in stereo or binaural are a huge addition: now recordists can get a good approximation of their work on location instead of needing to wait to decode and monitor back in the studio.

The wide format support and decoding feature are abilities that typically required elaborate software or expensive plug-ins. Now it’s baked into the recorder itself.

Of course, this update has yet to be released. So, how well these new features are implemented is yet to be seen. Just the same, these are promising workflow improvements to Ambisonic, VR, or binaural field recordists.
Check out the press release for more information.