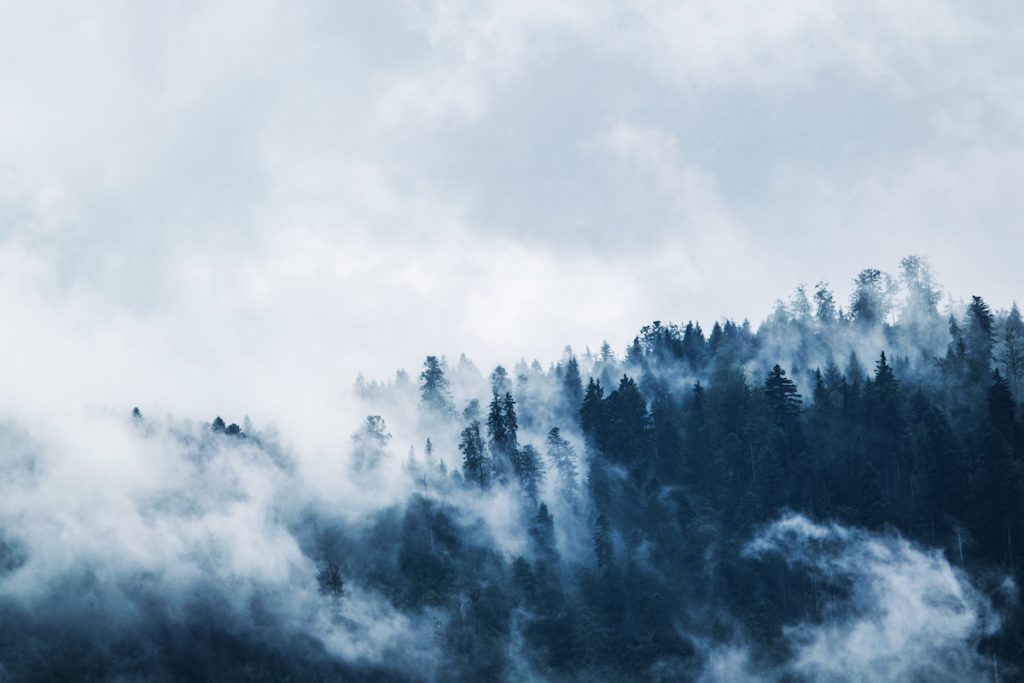 I’ve seen a growing trend occurring during the past six months. More people are becoming interested in field recording. While that’s exciting, there’s a fascinating theme to the emails I’ve received: the writers know nothing about sound.

Who are these people? They’re photographers, videographers, and hobbyists. We all love heading outdoors to capture the cool sound we hear. It’s encouraging to see the appeal of field recording is spreading beyond classically trained sound pros. These new people are a bit bewildered, though. Why?

They’re not sure what gear to choose. I wrote the Field Recording Gear Buyer’s Guide a while ago. That post aimed to help people browse options and lead them through gear choices. However, it did not answer a few common questions that keep appearing in my email inbox:

So, this month will feature a series that tries to decipher the relationship between equipment, capturing remarkable field recordings, and the kit needed to get the job done.

The Relationship of Gear to Field Recordings

Gear is essential to capturing field recordings, of course. It’s impossible to capture high quality sound effects without the technically complex microphones, recorders, preamps, and other equipment field recordists use in the wild.

That’s why field recording gear is the main limiting factor between capturing a sound or not recording it all. It would seem common sense that better equipment will capture cleaner, more pure, and evocative clips. That’s why many people beginning field recording wonder if it is better to wait, save cash, and buy an expensive kit to ensure the sounds they capture are the best they can be.

That’s not easy, though. The best equipment costs thousands of dollars. Even experienced sound pros have a hard time finding disposable cash like that. It’s even more difficult for someone who begins field recording as a hobby, first. So, does it make more sense to save and get good field recording microphones and recorders, or buy a $200 portable recorder and begin capturing clips now?

There are two perspectives to the question. I’ll explore both so you can decide what’s best for you. 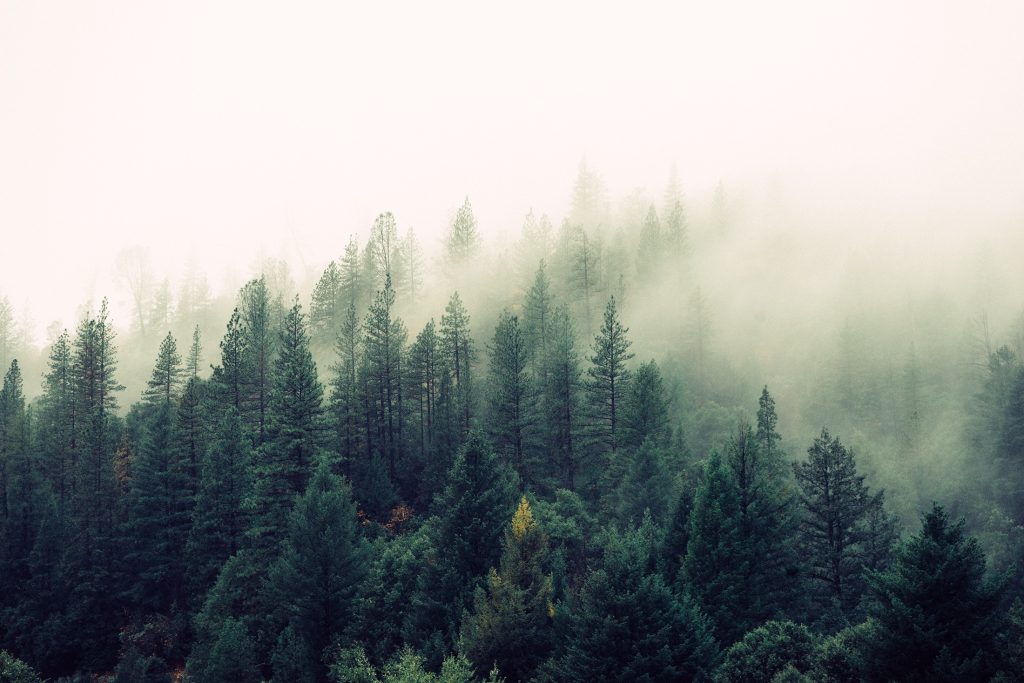 The first school of thought focuses on making life easier in the field. How?

The idea is that more sophisticated equipment does two things: improves the quality of sound and reduces technical problems on location. Why?

Of course, those are all significant benefits. So, this approach may seem like an obvious choice, considering the alternative: why would you intentionally choose not to capture high quality sound?

Well, the reality isn't so simple. The kits required to capture this fidelity of sound are extremely expensive. While full-featured recorders such as the MixPre-3 II ($680) and Zoom F4 ($549) are becoming cheaper, advanced microphones cost typically $1,500 or more. Few casual field recordists have the cash for that combined expense or will want to take the risk on untried gear if they do.

That highlights another aspect: waiting for expensive gear commits a recordist into a single kit. Why? Well, pricey equipment will consume most of a field recordist’s budget. If they spend everything on a single, superstar kit they will be locking themselves into that arrangement for years. That may be a risk for beginning recordists. They may not have the breadth of experience to know if they will like the kit they’re buying, either. Will it suit their personal style? So, from another perspective, it is a gamble to commit themselves to single kit.

Is it best to wait and save for ace field recording equipment? Here are the pros and cons:

Pros of Waiting for a Pro Kit

Cons of Waiting for a Pro Kit

The reasoning is that buying inexpensive gear now allows one to begin quickly exploring the craft of field recording itself. How?

It’s an exciting prospect to beginning field recording quickly. That’s natural for people who first hear about the craft and are eager to experiment and learn more. Just the same, there are important things to keep in mind when pursuing this approach.

The most significant? Sound quality suffers when using inexpensive gear. Budget portable recorders are priced low because they stock their units with low-cost preamp chips. While that keeps prices below $500, it means that considerable noise will be added to field recordings when the gain is cranked. Forests, fields, room tones, whispers, cat purrs, breathing, writing, computer mouse clicks, and much more cannot be recorded with cheap gear with any satisfying clarity. The result? If you use inexpensive gear you will be limited to the subjects you can record. Most quiet subjects cannot be recorded well with budget gear.

This has an important side effect: field recording with budget gear can be debilitating. Why? It’s discouraging to hear that your hours of dawn chorus field recordings are soaked in hiss, and are unusable. I’ve received countless emails from beginning field recordists that have tried recording advanced subjects with entry-level gear and have become frustrated with the result.

The next step? Well, it’s not easy to force oneself to avoid certain field recording subjects or accept substandard results. It’s especially difficult for new field recordists who are excited to record every sound around them. So, beginners with inexpensive gear may feel compelled to upgrade to pro gear for better results. That means they spend twice, often earlier than they planned. Even if that’s not the case, a field recordist will need to upgrade beyond a Zoom H6 later in their career. They’ll want to advance to superior gear at some point. Buying inexpensive gear means a pro will inevitably have to spend twice.

Is it better to buy an cheap field recording kit and get started now?

Of course, the two approaches are not completely exclusive. Beginners with pro gear will learn about the craft. It is possible to capture remarkable field recordings with budget equipment. The idea is to explore the pros and cons above to weigh the advantages and disadvantages for yourself.

It’s possible to think about these choices more deeply, too.

These approaches distil into two fundamental considerations: do you want sound quality or do you want to learn technique?

Elite gear will capture the best sound possible. Fewer technical issues will come between the field recordist’s intent, the sound itself, and how it is collected by the recorder. The positive side to that decision? Superior results will keep a field recordist invested in the craft. Sound recordings will be more satisfying. It’s easier and more rewarding to share those results. Choosing premium gear recognizes that sonic clarity has a vital affect on recording, experiencing, and enjoying field recordings. This is a long-term perspective, and commits a recordist deeply to the craft.

There’s a broader impact to these decisions, too. Advanced gear may be more fun, but inexperienced people won’t really know why. They won’t have the background to know why their recordings are superior. It’s like driving in a Ferrari as the only car you’ve ever tried. Driving a hatchback for years makes riding in the sports car more rewarding. So, there’s a risk of lacking perspective of advanced gear without having experimented with novice equipment, first. What’s more, without practicing on basic gear, beginners won’t have the finer skills to use advanced gear properly. This is compounded if a beginner waits to save before practicing on any field recording equipment at all.

Are any of these perspectives rigid? No. Instead, use these ideas to think about field recording, the gear you want, the style you’ll use to gather sound effects. With care, a field recordist can avoid the challenges of each approach and benefit from the advantages of both.

While reading these approaches, you may have wondered if there are other options. Here are two:

The first: isn’t is possible to buy expensive gear without waiting? Sure. Just charge a recorder and microphone to your credit card. You’ll get the best of both worlds: pristine sound without spending anything at all. But is it worth going into debt for advanced field recording gear?

Elite gear will total at least $2,000. That’s a considerable investment. It’s unlikely that a beginner will earn enough from sound fx sales or field recording gigs to recoup that cost for years. However, with other income it is possible to recover from investing in pro gear.

There’s another option available to beginners, too. It’s one that splits the difference between buying beginning gear and a spending a lot on a pro kit. What is it? It involves an innovative combination of pro gear and budget portable recorders.

We’ll explore that option in a later article.