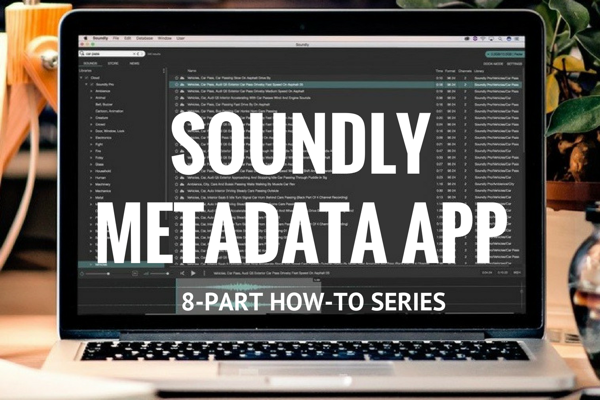 A few months ago I was invited by the kind folks at Soundly to write about their popular metadata and cloud-fx library app.

I’ve written about the app before in a “first look” review. I also used the software in a “quick-start” guide to adding metadata to sound effect libraries.

That was in the summer of 2016. Soundly has since released version 2.0 of the app. It comes with an attractive redesign any many new cool tools.

So, Soundly asked me to write an easy-to-read guide to learn how to use Soundly’s main features. That turned into a 8-part series which is now being featured on the A Sound Effect blog.

Here are the broad strokes of the series:

I specifically wrote the articles to ensure they’re understood by people new to the software and to sound fx in general. They cover a lot of ground, going over established tools, and introducing new ones added in 2.x of the software. The first post is now on the A Sound Effect blog.

Interested in using a free sound browser? On a budget and need to add metadata to your sound fx collections? Want to supercharge your sound fx library with Soundly’s 10,000+ cloud-based clips? Are you a Soundly newbie and want to learn more about the app?

Head on over to the A Sound Effect blog and check out the series.

My thanks to the people at Soundly and A Sound Effect for inviting me to write about the refreshed metadata app.