You are here: Home / Interview / Interview: A New Documentary About Gordon Hempton 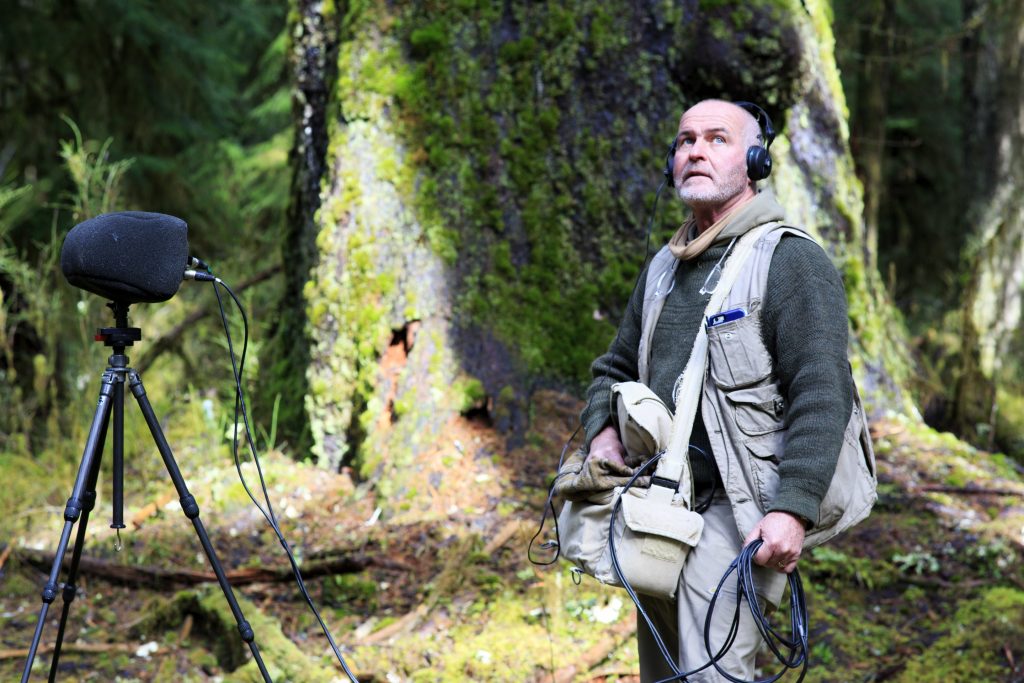 Ecologist and field recordist Gordon Hempton is no stranger to this blog. We first heard from Gordon during the “Month of Field Recordists” series last year. We also learned about Gordon’s vocation and his craft in his latest book: Earth is a Solar Powered Jukebox.

Gordon Hempton has of course inspired many field recordists. His message of preserving and appreciating nature has spread beyond that focused discipline as well. Directors and producers Palmer Morse and Matt Mikkelsen are two of those people. They have recently revealed the short film Being Hear. It is a documentary shot with Gordon Hempton in the Olympic National Park, the inspiration of Hempton’s One Square Inch project to preserve and protect the sound of nature.

Today’s post features an interview with the filmmakers. Palmer and Matt share their inspiration for creating the film, the importance of audio in filmmaking, and how they accomplished blending evocative sound with lush visuals in Being Hear.

A New Documentary: Being Hear

Being Hear has already been lauded in film festivals across North America. You can learn more about the film on the Being Hear website. You can also get a good taste of what you can expect by watching the trailer for the film:

Creative Field Recording: Can you tell readers a bit about who you are and why you create films?

Palmer Morse and Matt Mikkelsen: A few years ago we met in Ithaca, New York. Still in college, it seemed that we both had this work ethic that really flowed well together. We both enjoy spending time outside and had no interest in trying to make our way or name in the machine of the narrative film industry. Eventually we started working on short docs together of subjects that not only interest us but felt as though are important for the world to engage with. Palmer primarily focuses on camerawork while Matt focuses on audio. We’ve definitely taught each other a lot in both of our specialities and now we both direct, produce, and often edit together. At the moment Palmer lives in Oakland, California while Matt is in Ithaca, New York. Our goal, right now, is to create films that allow a viewer to learn something new or look at a subject they’re predisposed to in a different way. 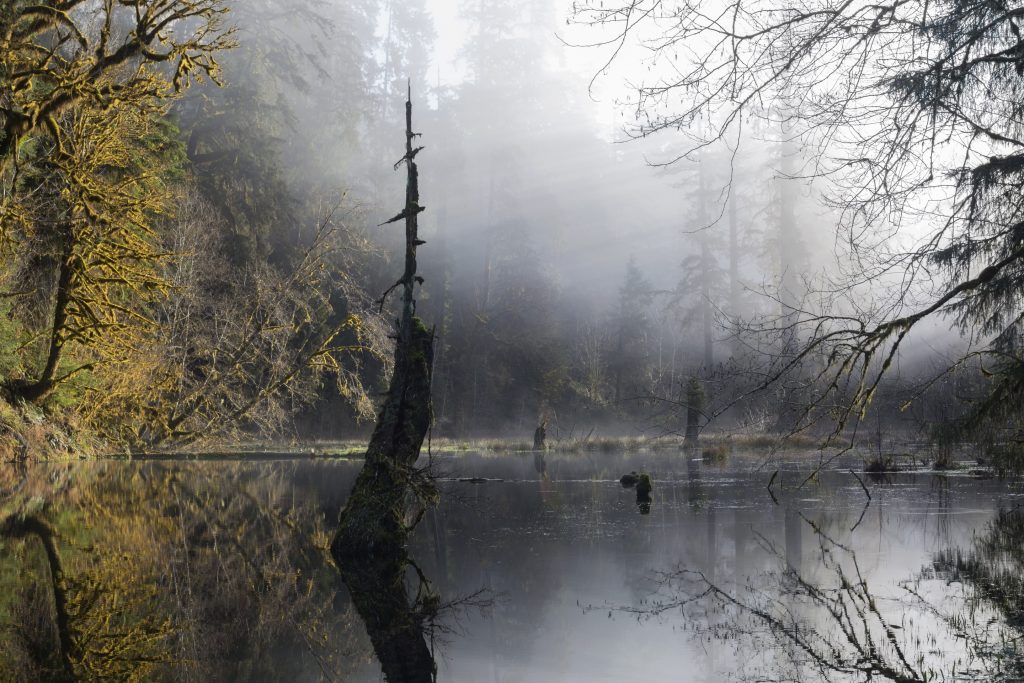 CFR: What inspired you to create Being Hear?

MM: I met Gordon in 2012 when I became interested in recording natural soundscapes, and he really became a mentor to me, and a great friend. Immediately upon meeting him, I felt this genuine passion emanating from him, and it was totally infectious. I also fell in love with his work, and the Olympic Peninsula where he lives; it’s just a magical place. I knew in 2012 that a film featuring Gordon would be amazing, but it took us 4 years to really make it happen.

PM: When Matt got back from his first trip a few years ago it very clear that he had just had an experience that really affected him in a deep way. After many conversations, and reading through some of Gordon’s book One Square Inch of Silence, I started working with Matt to develop a film based around his work. I felt inspired by Gordon’s writing and had a desire to make a film about him, but really did not deeply understand what he was talking about until after meeting and spending some time recording with him.

CFR: Can you tell readers a bit about the experience shooting Being Hear?

PM & MM: Almost the entirety of the film was shot within Olympic National Park, which is in our opinion (and many others), one of the most untouched and ecologically diverse pieces of land in the United States. From alpine zones and coniferous rainforests to wilderness beaches, Olympic National Park has it all. It’s really such an inspiring place to be on so many levels. Filming in the wilderness is no easy task, and this was really our first experience doing it, so we learned a lot very quickly.

A lot of the filming included waking up before the sun rose to capture beautiful moments with Gordon at work capturing the dawn chorus or exploring the park. In general, the filming was very slow and methodical as our conversations with Gordon about silence and the importance of listening informed the pacing and camera movements. 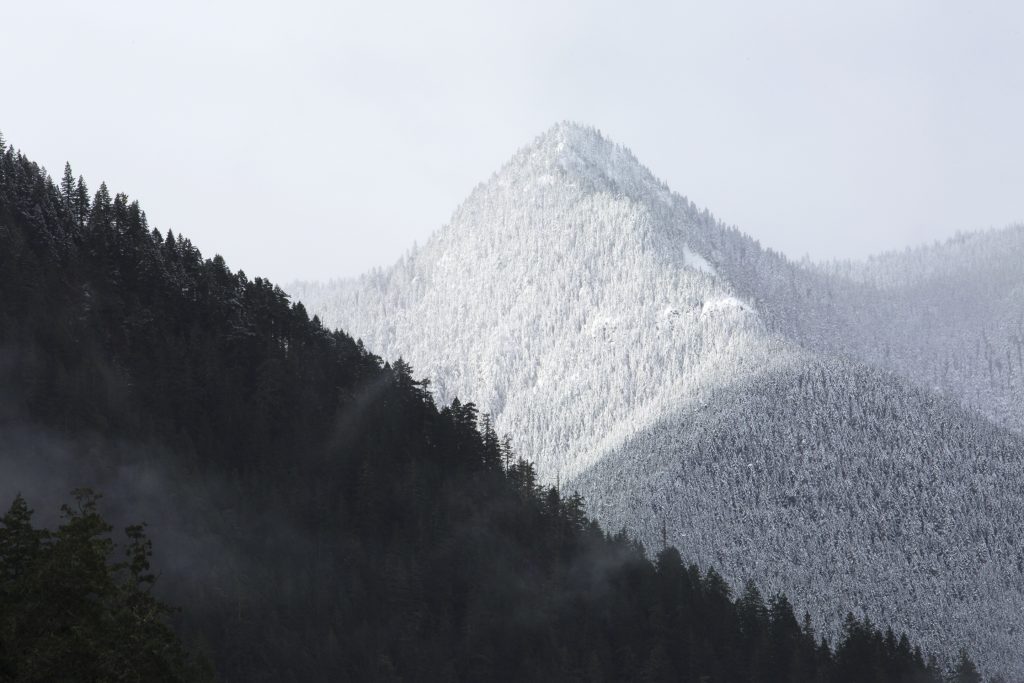 CFR: How did creating a film about sound recording and listening affect how you captured audio on location?

MM: As a sound recordist and sound designer, I could ramble on for years about the importance of capturing good location sound, and to be honest, so many films and TV shows have terrible location sound. Because we knew how important the sound recording was, we made it a priority. It’s not often that a sound recordist is given as much importance as the cinematographer on a shoot, but for this production, we spent long periods of time being completely still not filming, but just recording sound.

CFR: What was your approach to other parts of the film that involve audio such as the sound edit and the mix?

PM: It’s a bit unconventional, but when we sat down to sort through out footage and set up a project in Premiere, we just started laying down clips in the timeline without any sound or storyboard at all. Eventually we just started looking at it like a puzzle, finding what clips fit visually after the next. We transcribed a long interview with Gordon, took our selects and plopped them under the visuals that made sense with what he was saying. The last thing Matt did that really married the entire film together was taking Gordon’s audio and basically sound designing the film from scratch.

MM: Being given access to Gordon’s sound library was like opening a treasure chest. Imagine having access to pristine binaural recordings from every ecosystem on planet Earth. It was hard to even maintain focus on the sound mixing and design, because I’d get so carried away listening to all these sounds I stumbled across. One thing I tried to do was to not amplify the sounds of nature too much in the mix, because that’s not how they exist naturally. I wanted people to have to lean forward in their seat to hear these incredible sounds, because it makes it more realistic. The other goal I had when mixing and editing was to only use sounds that were appropriate based on the ecosystem and time of year, which was a much more difficult task then I had originally thought. 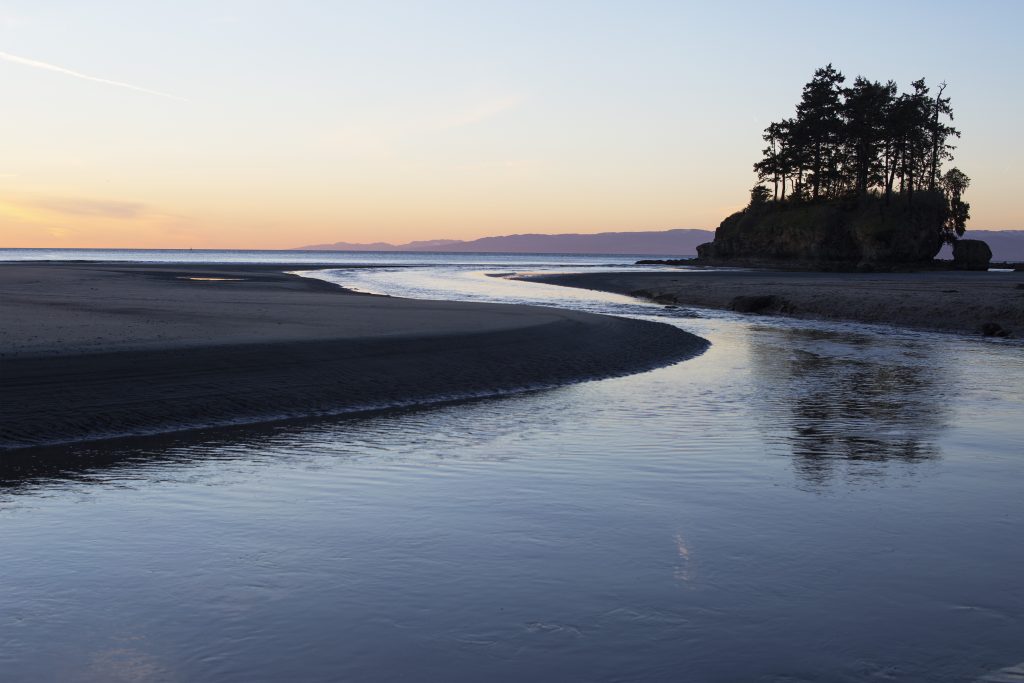 CFR: The film is being shown in festivals across North America. Given that the film focuses on listening and the soundtrack so heavily, have you found these places are able to express the audio well and create a good listening experience for the audience? Do the theatres support audio well?

MM: I find that theatre sound systems are rarely predictable, but sometimes they surprise you. Occasionally we’ve screened the film in huge halls, and the reverberations really add some cool effect, and it really engages the audience. Other times the theatre is way too loud, or even worse, way too quiet. We tried to mix the film in a way that would translate to all types of venues, and I think we did a pretty good job. That being said, at some point you just have maintain your sanity and shrug your shoulders and say “it is what it is”.

CFR: What has been the most satisfying thing about creating the film and working with Gordon? Has there been any reaction that has surprised or pleased you?

MM: In my opinion (and I think Gordon’s), listening to the world around us is a dying activity, mostly because when we do decide to take out our ear buds and truly listen to the world, we don’t like what we hear. We are berated with noise pollution constantly, and even our homes are filled with noise from refrigerators, heating systems, and in my case, hard drives! What has really surprised me is that it seems like Being Hear makes some people aware of this phenomena, and when they truly take time to listen, they become so much more aware of their surroundings.

PM: One of the most amazing moments for me was after our screening at the Wild & Scenic Environmental Film Festival when we received this incredibly beautiful and kind email from a woman who was so moved by the film that she wanted to share some of the more memorable sounds from her life with us. Her words were poetry when describing these memories and that’s what really hits home for me; it seems that this film is invoking contemplation and reflection for our audience. 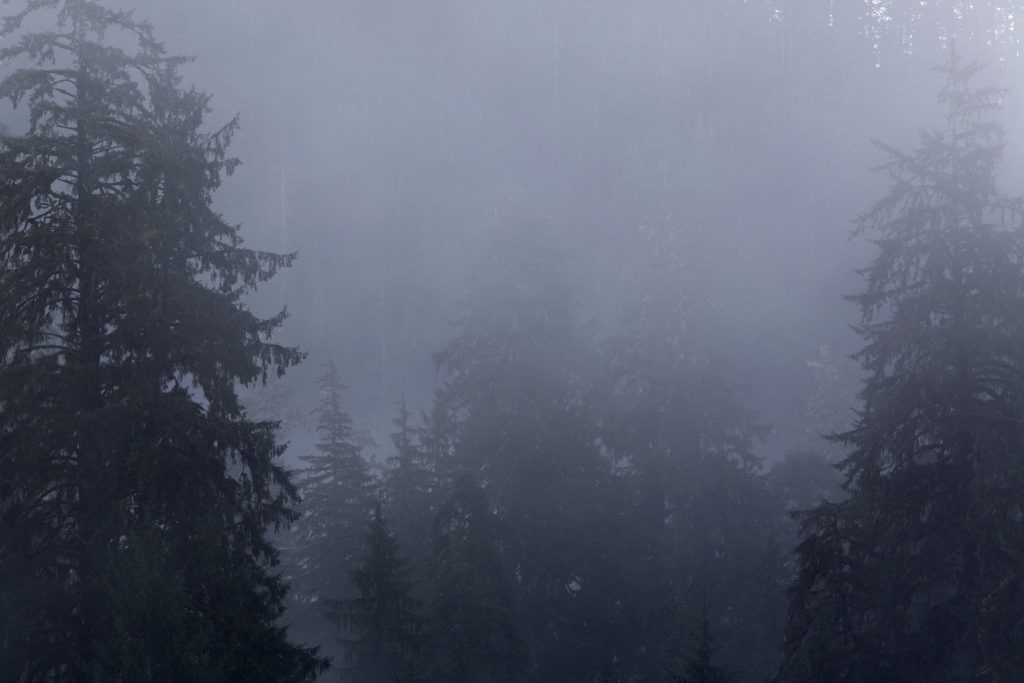 CFR: How did creating the film affect how you personally hear or listen?

PM: Before making this film, I barely had any predisposition to field recording and truly listening even though I had attended film school. The classes I had taken in audio were centered towards recording dialogue and sound for film, and it wasn’t until meeting Gordon that I learned to use my ears in a completely new way. As a director and cinematographer, I’ve been so centered on the visual that audio was often secondary in my work both during production and when in the editing room. Working on this film has completely changed the way that I not only now work in my profession as a filmmaker but also how I listen as a human being. It’s crazy to me how often I notice noise from planes, traffic, construction, urban areas, etc. when I’m spending time outdoors. We have become to attune to ignoring noise in our lives and it took spending time with Gordon to pull me out of that daze.

CFR: What advice would you give to filmmakers for including evocative audio in their projects?

PM & MM: Make it realistic. Don’t count on sound effects libraries and ambience catalogues to make the sounds in your film stand out. Learn how to record binaural sound, because it engages the audience in a way that stereo recordings can’t. Treat your sound recordist as you would your cinematographer. Focus on sound not as an afterthought to your visuals but as though one informs the other.

My thanks to Palmer Morse and Matthew Mikkelsen for sharing their experiences with us.