You are here: Home / Gear / A Month of Field Recordists: Trevor Cox 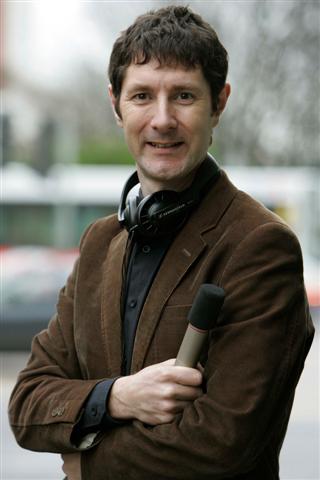 I’ve always been interested in field recording and travel. I first began to explore how those concepts combine in the first year of this blog, where I wrote about sound maps. Of course, sound maps are a media ‘mashup’ that pins onto a map a blend of field recordings, images, and text.

As I began researching that article, it didn’t take me long to discover the remarkable Sound Tourism website. That site adopts the sound map idea and takes it a step farther: its collection of field recordings is meant to help listeners discover the unique ‘sonic wonders’ of our planet, from a ‘sea organ’ to a ‘singing ringing tree.’

I was fascinated by the concept, and also intrigued by the field recordist behind the website as well. The project is hosted by Trevor Cox, a professor of acoustic engineering at the University of Salford. He is also a radio broadcaster, a lecturer, and an author of a number of audio books. In addition to working to improve sound in theatres and in recording studios, he is part of an intriguing initiative to make sound recordings better.

With his background in acoustics, I was interested in Professor Cox’s perspective on field recording and the equipment he uses to capture sounds beyond the studio. I asked if he would like to share his experiences with us.

So, today we will hear a fascinating mix of an initiative to improve audio recording, a globe-spanning collection of unusual sounds, and the impact of acoustics on field recordings.

Creative Field Recording: Can you share with readers how you first began working in sound?

Trevor Cox: I studied a Physics degree and then moved into acoustics when I did my doctorate on designing treatments for concert halls and studios. This was all about solving equations and doing science, no field recordings were involved. That came later. 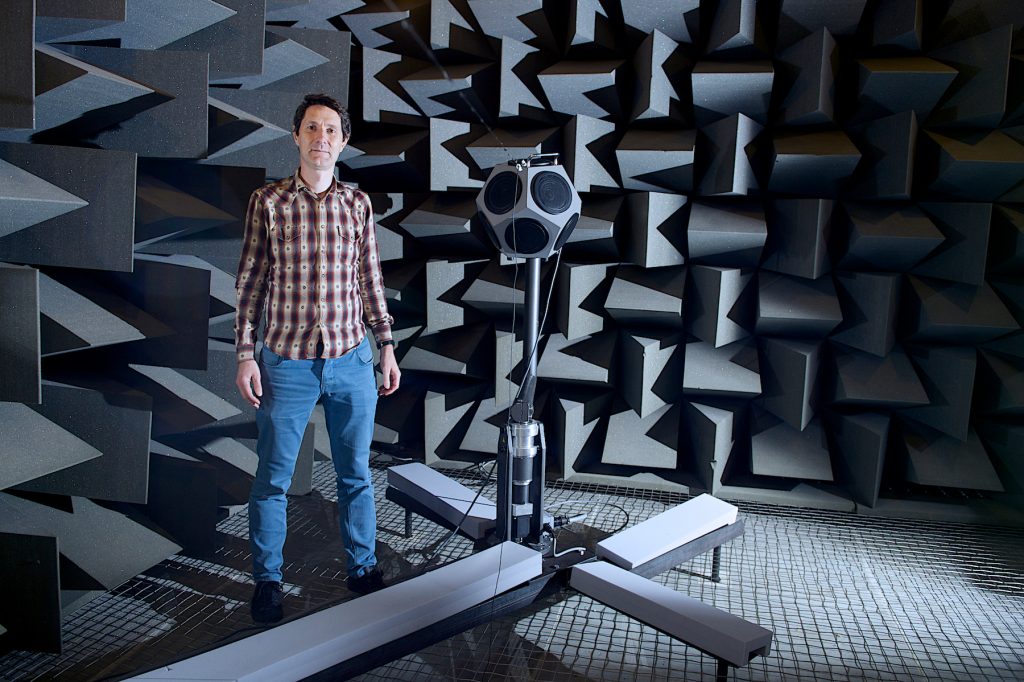 CFR: What was your first experience capturing field recordings beyond the studio?

TC: My major work on field recording centred on my project to collect curious sounds for my book Sonic Wonderland. As I went about visiting the places and documenting what I found, naturally I would make recordings. An early recording was capturing the sound of Bitterns, a bird that emits a strange bassy boom.

CFR: Can you share your the focus of your work at Salford? What are you working with now that you find compelling?

TC: A lot of my research work is now about audio. More of the general public are recording sounds, usually as soundtracks on mobile phone videos. Unfortunately, often the sound is disappointing because people don’t know how to make good recordings. We’ve been working on techniques to improve the quality.

CFR: How has your studies in acoustics affected your field recordings?

TC: My original research was in architectural acoustics, and so I’m always on the look out for buildings that sound strange. Understanding the physics can usually give me a good idea of what places will have odd acoustics, but sometimes even I’m surprised. The booking hall at an Oslo railway station which warbles oddly is a good example.

TC: If you pick up a travel guide there will be plenty about beautiful things to see, but very little about places that sound wonderful or surprising. This was one motivation for me to seek out unusual sounds. 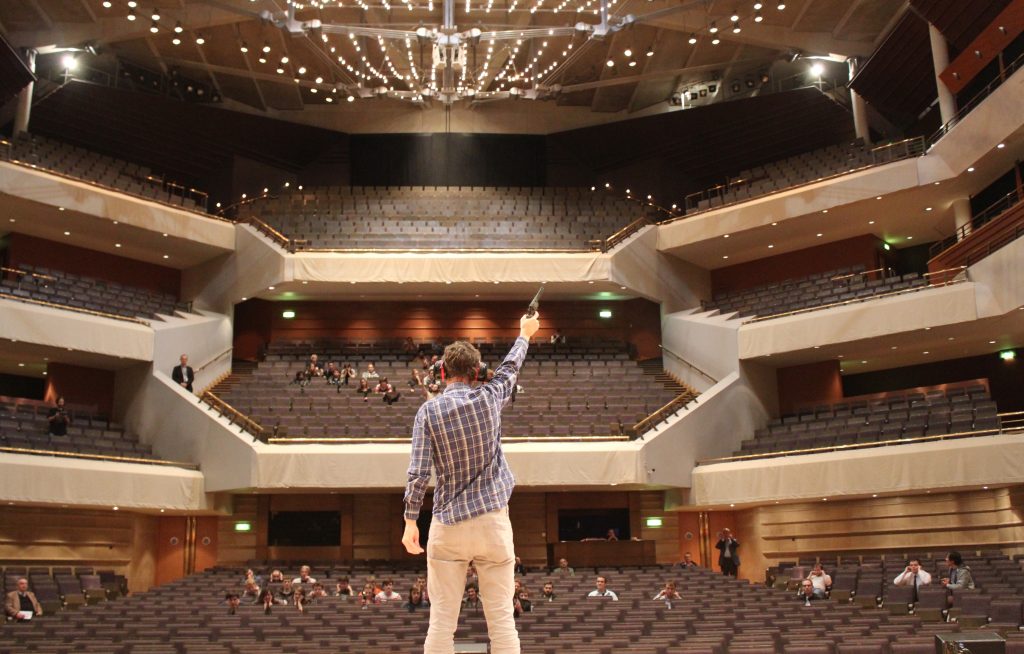 CFR: What is your favourite field recording equipment?

TC: I’m lucky enough to work at Salford University and so have access to expensive recording gear and any microphone you could imagine wanting. But some of my favourite recordings are just done on small recorders by Edirol or Zoom when I’ve had to travel light. Balloons are useful for creating an impulsive sound inside spaces to hear the reverberation.

CFR: Why are those portable recorders your favourite?

TC: I rarely travel just for sound recording, so I have to travel light. Mind you, when I get home I sometimes wish I had more expensive gear to really get a sense of a place. That is particularly true of architectural spaces. A place like the Emanuel Vigeland mausoleum has a wonderful reverberation, but you would need to capture in surround sound if you want to get a sense of how the reverberance gently cascades from the ceiling. I only had a stereo mic with me when I visited. 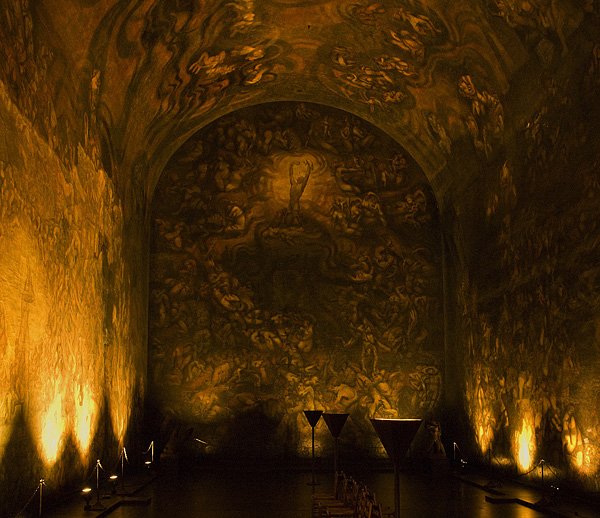 CFR: Can you share a favourite field recording captured with this gear?

TC: The Inchindown Oil Tanks are pretty special, not least because I got a World record in there. When I recorded a gun shot in there, the sound took over a minute to die away.

If you want to play around with the uncompressed impulse responses, they’re available here.

For that I used very expensive mics because measurements were carried out according to an international standard (ISO 3382–2 2009 “Acoustics – Measurement of room acoustic parameters Part 2: Reverberation time in ordinary rooms)! The impulse response measurement method was used using a starting pistol firing 9mm revolver blanks. Two ½” inch laboratory quality omnidirectional microphones were used (Bruel and Kjaer 4165 condenser microphone connected to Bruel and Kjaer 2669 preamp). These were connected to a Norsonics 336 Front End power supply and pre-amplifier. The outputs from the Norsonics 336s were recorded on a Roland R44 sound recorder at a sampling frequency of 44.1 kHz with a 24 bit precision uncompressed. 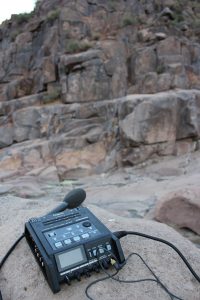 Thank you to Professor Cox for sharing his insight with us.