You are here: Home / Gear / A Month of Field Recordists: Peter Comley 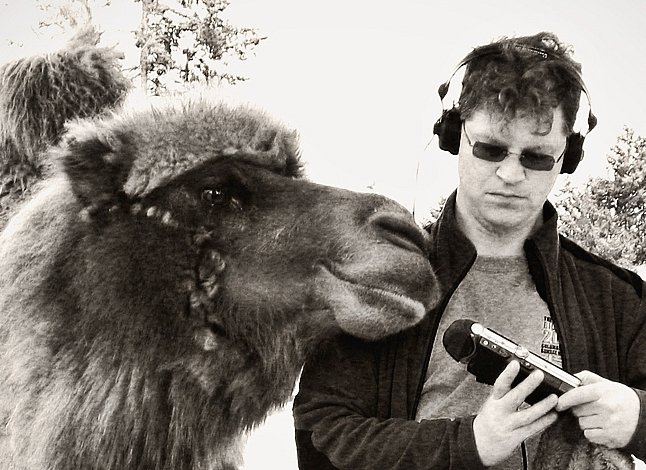 It was a coincidence that not long after I heard from Peter through the blog. I learned that in addition to his work in game audio, Peter Comley has recorded nature sounds from Pacific Northwest to Indonesia to Belize. I was curious to know how equipment selection affected balancing nature field recording with his work in game audio.

Creative Field Recording: Why did you first begin working in pro audio?

Peter Comley: I started doing audio professionally when I realized (in the late 1990s) that the skills I’d learned from my longstanding audio hobby – which I loved, but hadn’t been taking seriously as a possible career option – were skills that were actually needed by paying customers. After I figured that out, working in any other field simply didn’t make sense.

CFR: When did you first begin field recording?

PC: I guess that depends on how you define “field recording.” I’ve been playing with cassette recorders since I was a kid. In high school I did a lot of recording with a boom box. I made a crude cover of Pink Floyd’s “On the Run” using nothing but found and borrowed items (no true “instruments” were involved), culminating in a field recording of a passing tractor trailer (standing in for the crashing plane sound effect heard on the original album). Things escalated when I got involved in college radio, where I was put in charge of the late-night “you can do anything you want, as long as it’s very weird” experimental show, which gave me license to walk around town with a Walkman cassette recorder amassing new sounds to use each week, along with browsing the record stacks for the strangest records I could find. But this was still, essentially, just goofing around. Recording the kitchen sink felt like a big deal. 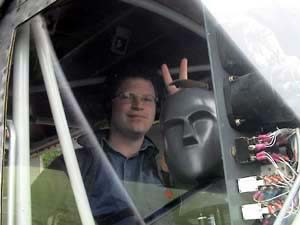 Recording interiors of a Spirit of St. Louis replica

After a few years of this, I was noticing a real disconnect with how spectacular I wanted the sounds I was recording to be, versus the actual results I was getting. My frustration grew, and I vowed to improve. Fortunately for me, the portable digital recording revolution arrived shortly thereafter. I attended a lot of audio-related workshops in the mid–90s, and that’s where I got my first taste of high-quality digital recording. After that, I was hooked. I put together my first high quality recording setup of my own, and I’ve been recording regularly ever since.

CFR: Do you remember your first field recording session?

PC: My first outdoor recording session with truly high-quality equipment (digital and otherwise) was probably at the 1995 (?) Nature Sounds Society recording workshop, held at Yuba Pass in California. A lot of really great people were there sharing their experiences. Audio legend Dan Dugan, who had just met me, let me use his Nagra, and likewise a technical director from NPR lent me a Neumann mid-side microphone… at the time, it was awe-inspiring gear… kindnesses for which I remain eternally grateful. I went home with some nice recordings of wetland birds and some simple hydrophone experiments. 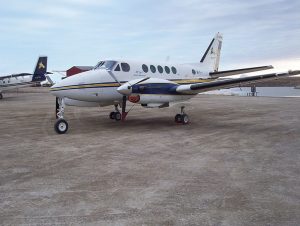 My first field recording session as a pro was shortly after joining the team that made Microsoft Flight Simulator in 1999. A new colleague and I recorded an engine run-up of Beechcraft King Air (a twin-turboprop that seats about 7–9 people). When we got to the airfield, we realized the area was too noisy to get a good recording. The pilot said he knew of a much smaller, quieter airport about 20 miles distant, and told us to climb aboard (it must be nice to have a private plane). About 15 minutes later, we were in a much better spot and were able to capture excellent recordings of engine starts, stops, and various prop speed runs. On the flight back over Seattle at low altitude, I was sitting in the co-pilot’s seat with a big stupid grin on my face. Then I noticed we were flying directly over the very building I’d been working in only a week prior… the home of my previous job, which had involved a lot of mind-crushingly boring paperwork. If anybody actually needed a vivid illustration that working in game audio is inherently more fun than working at an insurance company, that would be it. Not every day is like that of course, most days involve busywork as does ever other field, but it’s moments like that which really stick with you. 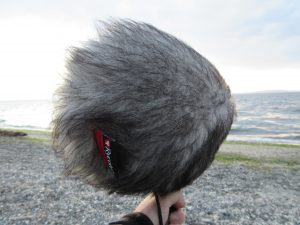 CFR: What is your favourite field recording equipment, and why do you prefer it?

PC: These days, I prefer my Sound Devices 722. It’s easy to use, extremely reliable, and it has very good preamps. I find it’s almost impossible to screw up a recording with it (at least not such that I can blame it on the machine!)

As for go-to mics, I have a mid-side rig consisting of a Sennheiser MKH 40 (mid) and an MKH 30 (figure 8) which works great in nearly any situation, and it’s very easy to set up in a hurry. Being M/S, it has perfect mono compatibility. It works well outside, in all but the worst conditions. I typically set it up on a carbon fibre tripod or monopod or just go with the built-in Rycote pistol grip.

I also have a Neumann binaural “kunstkopf” mic. It’s bulky, attracts unwanted attention and ridicule (you think all those dead animal jokes about your fur wind screen are bad? Try walking around with a plastic head!) and to be honest, any sane recordist would probably consider it a pain to use (though I know at least a few “insane” ones, myself included). I don’t recommend it to anyone who isn’t already obsessed with binaural (in which case, have at it, fellow addict). I like the huge and open sound it gives me, so I keep lugging it around. Despite being advertised as a “headphone only” playback system, I find it actually does quite well on speakers most of the time, and it has acceptable mono compatibility. For me, it’s the perfect foil for the M/S rig, as well as a great biceps developer. 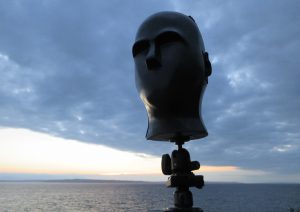 CFR: Can you share a field recording experience when you used this equipment? 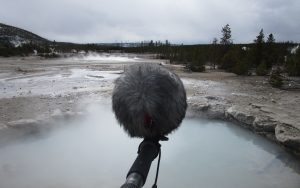 Through our correspondence, Peter Comley also shared with me some thoughts on field recording for game sound design:

“Field recording” (as the term is used in game development) basically means any situation where sound is recorded outside the office or studio. Sometimes this involves recording sounds found by chance (creaking doors, a frog pond in spring, a helicopter flying overhead) which a game sound designer knows from their own experience will have some application to their game projects sooner or later. Sometimes it involves recording entirely staged events to meet specific game requirements (explosions, gunshots, breaking glass) with many channels of audio and large crews of up to a dozen or more. Sometimes it involves gathering audio data under controlled conditions for a sophisticated simulator program that makes an interactive computer model of the subject being captured (such as a car engine) but there is no “playback” in the usual sense of reproducing a sound exactly as it happened in reality. There’s a very strong impetus to arrive at exactly the sound that’s needed for a particular project or type of game action. In other words, it’s not that different from movie sound design, but the technical and budget requirements tend to be a lot more specific. There are far fewer practical uses in games for complex field recordings with a lot going on in them (say, a traditional BBC-style city scene with cars, voices, birds, airplanes, horns, etc. all in one recording) than there are in movies… although, it must be said, a lot of games have what amounts to regular, linear, non-interactive movies built right into them, and in those instances the sound requirements may change accordingly. 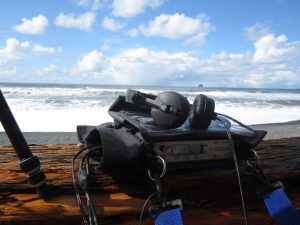 Lately, I’ve noticed a huge surge of interest among game sound designers in capturing impulse responses of acoustically interesting spaces, and for good reason… modern games require excellent digital reverbs to simulate all kinds of environments. So if you’re in a place that sounds particularly great, capturing an IR is never a bad idea.

Many thanks to Peter Comely for sharing his field recording kit and experiences!