You are here: Home / Gear / A Month of Field Recordists: Des Coulam 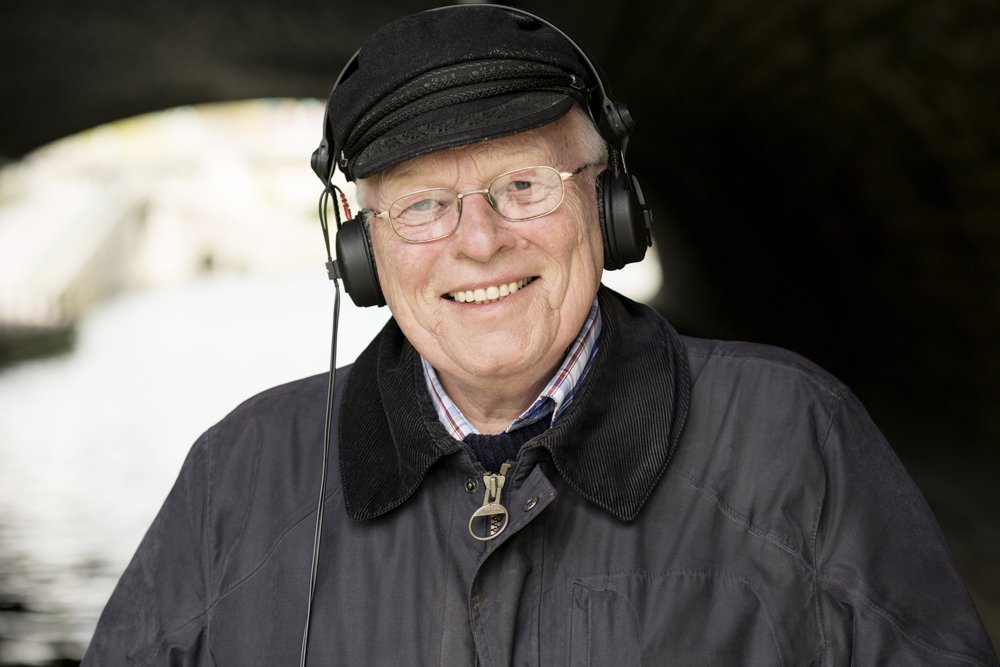 Des Coulam is a field recordist with a fascinating focus: for the last eight years he has been composing a sonic portrait of Paris. He has wandered the French capital to capture markets, schools, squares, parks, and more. His atmospheres and soundwalks explore both hidden corners and proud, distinctive events. In addition to these samples of Parisian life, Coulam has documented the sound of the city and its people in the aftermath of the Parisian attacks of November 13, 2015.

His excellent field recordings are paired with insightful reflections on the locations, their history, and photos. The result? A deeply immersive experience of one of the greatest cities in the world.

As a fan of sound maps and city recording myself, I have long admired Des Coulam’s work. I took the opportunity to introduce myself to him. I asked Des to share with us why he began field recording, and how he practices his unique craft. I was also curious what kit he uses to capture the sounds of Paris so effectively. He graciously agreed.

The result is a special post. Des Coulam shares how he accomplishes his work and the gear he has chosen. He also describes a captivating approach to field recording informed by Parisian photographers of the last century: that of a both a resident and also a sonic journalist.

Creative Field Recording: Can you share with readers why you capture field recordings, and how you began?

I began recording sound over fifty years ago when the sound recorders of today could never have been imagined and when sound editing involved a razor blade and lots of sticky tape. In those days, sound recording was my hobby but after I retired from a ‘proper job’ I was able to turn what had become a passion into a full time occupation.

I moved to Paris in 1999, fell in love with the city and chose to stay and make my home here.

Now I am a sound recordist specialising in recording urban soundscapes and particularly the soundscapes of Paris. About eight years ago I began recording and archiving the contemporary sound tapestry of the city in, as far as I know, a more comprehensive way than it’s been done before. 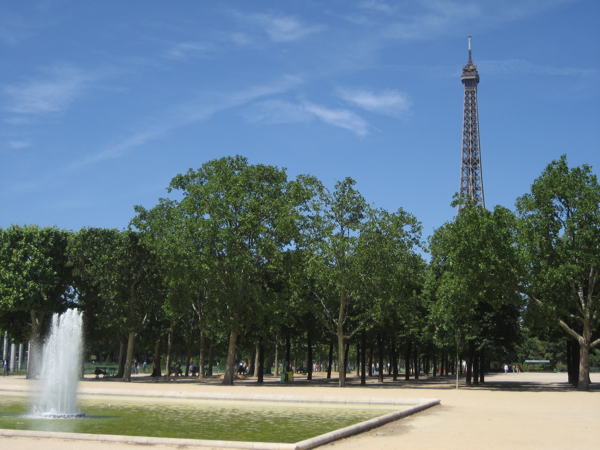 I think of myself as a flâneur and, in the best tradition of the 19th century Parisian flâneur, I walk the streets of Paris endlessly, observing – but in my case observing through active listening.

While these great photographers certainly influence my work the inspiration to begin my detailed exploration of the contemporary sound tapestry of Paris came from a different source, the French novelist, essayist, and filmmaker, Georges Perec, who in his book, Tentative d’ épuisement d’un lieu parisien, published in English as An Attempt at Exhausting a Place in Paris, taught me how to observe ‘what is happening when nothing is happening’.

The Paris Soundscapes Archive is a collection of my recordings of the contemporary sound tapestry of Paris. It contains around 3,000 sounds of the city, including sounds from each of the 20 arrondissements, as well as sounds from the surrounding suburbs.

Sounds from the collection have been used in radio, film and television across the world and I make the sounds available for research purposes and to people with an interest in the sound tapestry of the city. 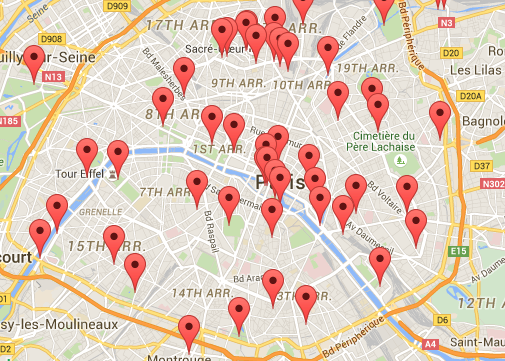 My Paris Soundscapes Archive is essentially an archival project aimed at capturing every aspect of the multi-faceted contemporary Parisian soundscape.

But it’s also a dynamic project in that it captures the changing soundscape of the city by location and over time – how the soundscape changes as one moves from the centre of the city to the periphery for example, or how some sounds vanish and new sounds appear.

Paris is on the cusp of great change. The Greater Paris Project, the plan to create a sustainable and creative metropolis by absorbing the suburbs and redeveloping the city centre, will certainly change the visual landscape of Paris and I’m anxious to capture the changes to the city’s sound landscape that will inevitably follow.

In my work I capture all aspects of the Parisian soundscape from the spectacular to the everyday sounds around us – the sounds we all hear but seldom listen to – the sounds of what is happening when nothing is happening. And with my sonic journalist’s hat on I also capture the sounds of significant events in the city ranging from Presidential elections to the Charlie Hebdo and 13th November terrorist attacks. 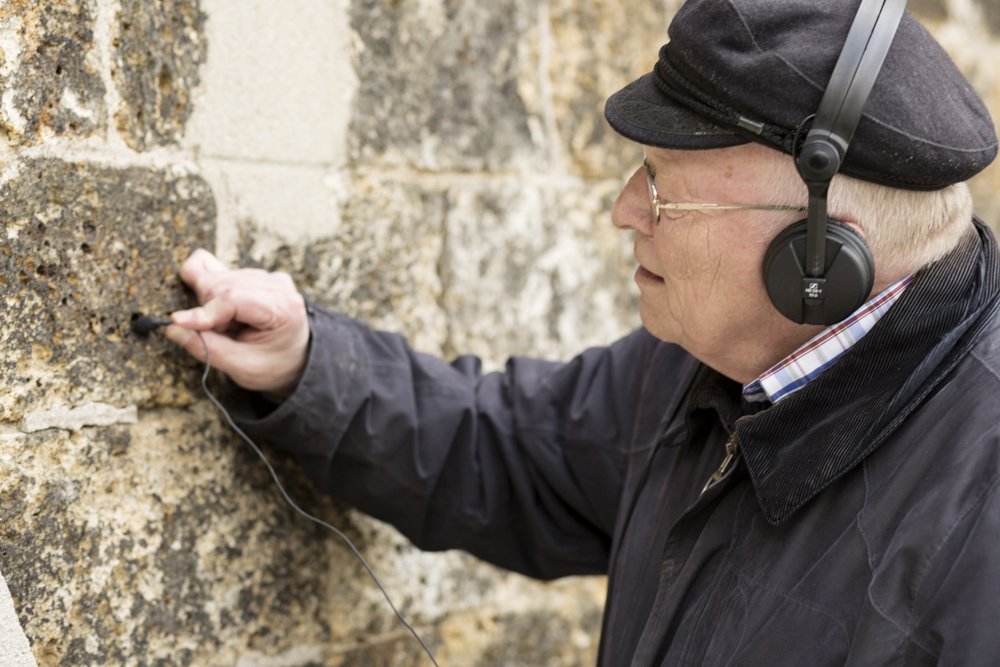 CFR: What is your favourite kit and why?

Before I discuss the equipment I use I would like to say one thing that I think is very important, especially to those new to field recording.

Memorable sound recordings are limited only by your imagination not by the equipment you use.

The equipment I use reflects the work I do. It’s taken me a long time and a lot of trial and error to get a set-up that works for me.

Often, I’m never quite sure what situation I’m going to encounter so I need to be equipped for anything. Sometimes I might be part of the media circus jostling with TV and radio crews to get prime position to capture a major event, other times I might be recording an interview or recording a major demonstration (of which we have many in Paris!), or I may be recording an ‘atmosphere’, a soundscape where a sense of perspective is important, or doing a soundwalk, capturing the everyday sounds in an ordinary Parisian street.

I record everything in 24-bit/48 kHz and I record my ‘gun and run’ work and most of my ‘atmosphere’ recordings in M/S stereo. For interviews I record in either MS stereo or in two-track mono depending on the situation and for my soundwalks and ‘close-up’ soundscapes I record in binaural stereo.

Consequently, my recording set-up needs to be comprehensive enough to cope with a variety of recording situations, it must give me good sound quality, be completely reliable (most of my work doesn’t allow for re-takes), be robust enough to withstand rough handling, be easy to use and it must all fit into one bag comfortable enough for me to carry all day if necessary.

I opted for the Sound Devices 722 rather than the 702 because I liked the idea of being able to record on the internal hard disk and a CF card at the same time. I think of it as a sort of insurance policy although, after eight years of almost continuous use, neither the hard disk nor the CF card has let me down.

I’ve found the 722, with its excellent low-noise preamps and conservative battery usage, to be reliable, robust, flexible and easy to use – all the things I need in a workhorse recorder.

The Nagra LB, although now superseded by the Nagra Seven, is everything you would expect a Nagra to be: elegant, reliable and flexible – a broadcaster’s recorder. And with a touch of nostalgia, it even retains the distinctive main selector switch from the iconic Nagra reel-to-reel recorders.

The Nagra LB records to CF cards but a 2GB internal memory serves as a backup if the CF card becomes full and also provides a brief window for CF cards to be swapped mid-recording. The recorder has onboard editing functions and a wireless facility for sending audio files via a mobile phone – perfect for radio journalists with a deadline to meet! 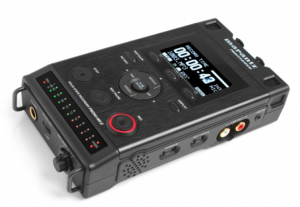 The Marantz PMD 661 MkII is another recorder used by broadcasters but like the Sound Devices 722 and the Nagra LB it’s also a good all-round recorder. Smaller than the 722 and the Nagra LB, it’s more of a handheld recorder – even though it is built like a brick! I’ve found it to be very robust and very reliable. I use it partly as a back-up for my 722 and Nagra (just in case!) but I also use it for my binaural work. It has two XLR inputs for external mics, it supplies 48v phantom power and it has two internal mics, although I never use them.

Given that I sometimes work in challenging environments and often face unpredictable situations my choice of the Sound Devices 722 and the Marantz PMD 661 MkII was a fairly easy choice to make and both have served me well. For set-piece interviews and for radio work, the Nagra is hard to beat.

While my choice of sound recorders was fairly straightforward, my choice of microphones was much more difficult.

In my former reel-to-reel tape recorder days microphone choice for the field recordist seemed simple: a classic Electrovox 635A handheld interview microphone (affectionately known as ‘The Buchanan Hammer’ because it is completely indestructible) and then, when I could afford it, a Sennheiser 416, both of which I still have. But today, there are so many microphones to choose from that one hardly knows where to start.

Just as with my sound recorders, I’ve chosen my microphones to suit the work I do but my choices have emerged from a process rather than from one calculated decision. The choices have evolved over time based on my experience and the often painful recognition that there is a difference between what I actually need and what would be nice to have!

The microphones I now use to capture the multi-faceted sound tapestry of Paris are: 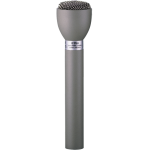 As well as my Electrovox 635A handheld interview microphone (now seldom used) and my Sennheiser 416, I also have a Røde NT4 and an Audio Technica AT8022, both excellent stereo microphones, as well as a pair of JrF hydrophones and contact microphones. 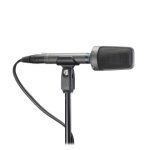 In addition, I also have a pair of Neumann TLM 103 large-diaphragm cardioid condenser microphones, which, although not designed for field recording, are excellent for recording studio voice pieces, Foley work, some musical instruments and very low amplitude sound sources. 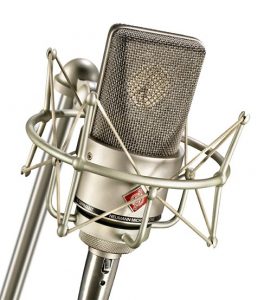 Thank you to Des Coulam for sharing his thoughts on field recording and his equipment selections with us!