You are here: Home / Gear / A Month of Field Recordists: Charles Maynes

Any discussion of firearms field recording will inevitably mention the name of field recording veteran Charles Maynes. In fact, I first met Charles on the forum Gearslutz where he generously shared advice with me for recording howitzer sound fx.

Charles’ field recording sessions have spanned scores of projects and multiple industries. He has contributed to films such as Spider Man, Twister, and U–571, as well as to seminal AAA video games such as Call of Duty 3 and the Ghost Recon and Resident Evil series.

So, today we are very fortunate to learn from Charles’ experience field recording for film and game audio. He kindly shares with us his thoughts on how his weapon recording approach has changed over the years. He reflects on the value of mid-side recording, and how that technique contributed to capturing the evocative ambiences of his sound library LA Underground. Charles Maynes also gives us a peek inside his gear locker to learn about the extensive kit of gear he uses to get the job done.

Creative Field Recording: How did you begin working in sound?

Charles Maynes: I began in sound through music and studio production, something that I still do today. When I was in high school back in the late 1970’s my first band I played in was a punk group and then migrated to what would be described as “post punk” sorts of stuff. I also was extremely into David Bowie, Roxy Music, and Japan, so the whole electronic exotica thing was quite magnetic for me.

Through the course of that I ended up getting very into digital sampling. I remember distinctly watching a show called the South Bank Show, which was an English news magazine sort of affair, and their segment they did documenting the creation of Peter Gabriel’s “Security” album. They had some footage of him recording sound effects, then using those as musical sounds, and it basically changed all my thinking on sound and art in one minute. I ended up purchasing a very expensive (for a young guy in his early 20’s) E-mu Systems Emulator 2 – which was considerably less costly than Peter Gabriel’s Fairlight CMI, or Laurie Anderson’s Synclavier – and proceeded to try to make interesting noises on the thing. That ultimately led to opportunities to do commercial sample development (much like my great friend Frank Bry!).

So, to cut the little backgrounder into something less boring, I migrated to San Francisco and did sound development full time at Invision Interactive. [I] then made a move to Digidesign around 1989 just as the development of ProTools was starting. There I worked first in Tech Support and then moved into the Engineering test group, where I specialized in post-type testing for Pro Tools and a product called Post Conform. Having made a number of friends in that endeavor, I moved to Los Angeles to do film sound at Universal Studios’ sound department in 1994. After that, I worked with Steven Hunter Flick at his startup Creative Cafe, and branched into working for most of the major studios and facilities in the US over the last 22 years.

CFR: When was your first experience field recording?

CM: My first experience was back with the Emulator, though it was crude compared to today. Since the technology was so limited back then, we were either recording on analog 2 track, sometimes even cassettes, and finally on DAT. My first real sound effects recording that I remember was when I was at Digidesign with thanks to Dave Clementson for his kind loaning of his portable DAT and Crown SASS mic. I was luck to not get killed with some of the dumb things I did back then….

CFR: You are highly admired as a firearms recording expert. Why did you begin recording guns?

CM: Odd as it might seem, gun recording was a sort of fascinating thing to me, and most people who get into sound editing are always wanting to sink their teeth into it. 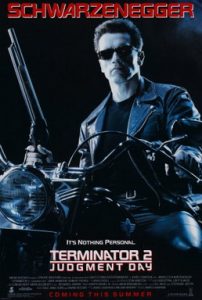 The first real notice I had for the subject was when I saw the film Terminator 2, and was just so impressed with the gun sounds in it. They were so very nice, and well mixed and designed by Gary Rydstrom, who along with Randy Thom are my two biggest sort of sonic influences. Both are utter gentleman and very kind souls. So with that, when I was working with Steve Flick, and Starship Troopers came into the facility, I volunteered to do the weapons work for it, which Steve graciously allowed even though I was by far the least experienced person in that shop. So with that I got to do my first gun recording session which was a joint undertaking with Richard King for the remake of the The Jackal. That was my first time working with the great John Paul Fasal, who has done a huge amount of weapons himself, and who I consider to be one of the best effects recordists working (along with Eric Potter). Somehow, I managed to survive Starship Troopers which was a very busy film and went on to do more editorial on many other films.

CFR: Can you share your experiences exploring that subject through audio? Has your thinking about field recording guns and explosions, or your technique, changed over the years?

CM: As to methods, one of the most informed comments I think I have ever received, from both Randy Thom and Gary Rydstrom, is the importance of the space the sound happens in. I equate this to the relationship of say a guitar and amp combo: yes, the guitar being a Les Paul, or a Fender Strat will be important, but the sound of the amp and whatever effects are used will more dramatically impact the sound than whether a single coil, or double coil pickup is being used…. 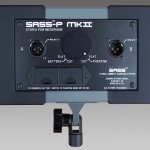 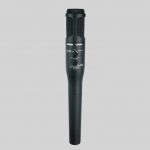 When doing guns and explosions, I also run a pretty large number of channels, the most of which was 24 tracks spread across 6 Sound Devices 744’s (which is my favorite machine for such stuff). Usually I will try to get as many different perspectives as possible, and being a pessimist, I would like to get at least 6 channels of sound per recording which allows me some wiggle room for more unconventional mics and placements. So with that, I have found that there are some mics I can rely on for specific sounds – like the Sennheiser MKH 416, or the Crown SASS – and others are more mics of opportunity for me. I personally have a lot of love for my stereo mics, which are a Crown SASS, Shure VP88, Sanken CSS–5, and an M/S Oktava rig, but also rely on my Røde NTG3, and PZM’s as well as the Barcus Berry Planar Wave contact mic. I also have to say that I have some inexpensive mics I quite like such as the MXL PR40 ribbon mics, which can be very useful. 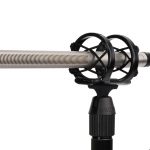 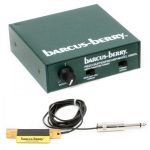 My techniques, I am sure have evolved over time since that first gun shoot I did in 1997, but in all, I think I really just evolved with each project where I found things which didn’t work out, and tried to reduce them. 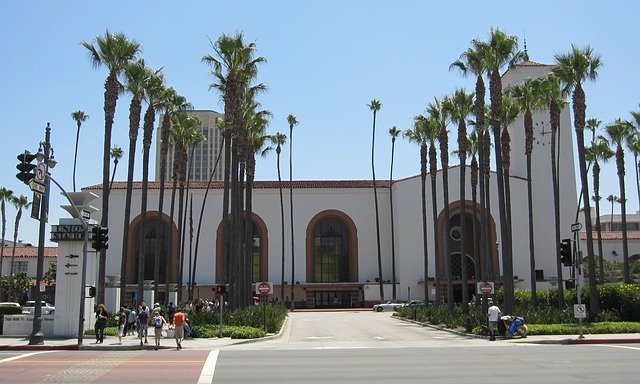 CFR: For your sound library LA Underground, you mentioned that you wanted to record tracks beyond the generic city sounds. What was your approach to finding the “LA” sonic signature through audio?

CM: LA Underground was a “high concept” project for sure. Basically, its genesis was the article that I wrote for Michael Raphael regarding M/S and growing it from there. I think for the demo materials in the article I recorded some light rail and AMTRAK trains in the downtown area. The train lines in the LA metro area are all in pretty iconic but very seedy areas – which happened to be where some of my favorite LA film noir crime stories were shot, specifically the films To Live And Die In LA by William Friedkin and Michael Mann’s films Heat and Collateral. So, with that sort of revelation I guess I tried to search out as many place that were either practical locations, or ones that were like the practical locations those films were shot at. One of the really cool “happy accidents” when collecting those sounds happened when I did a scout record down near Union Station near the public housing projects. I was expecting on getting some nice trains travelling in and out of the station, but happily found a factory which was making amazing drop hammer impacts. I recorded quite a bit of them, but in the 4 other times I went back to that location never heard them again….

CFR: A few years back you wrote about M/S on Michael Raphael’s website. How do you feel about M/S these days? Do you record M/S often now?

CM: I quite like M/S. Michael and I had many long phone conversations about his usage of the technique, and he really opened my eyes to the idea that M/S is not only good for after-the-fact stereo, but is great as an on-axis, off-axis recording technique where the side figure-of–8 mic is actually giving an off-axis mic sound which is as valuable as the forward facing mid microphone. The only thing I didn’t like about it is the requirement when using 2 mic setups of calibrating the the microphones so they are in phase so the stereo decoding behaves consistently.

CFR: What is your favourite field recording gear? Any kit that you turn to again and again?

CM: Favorite gear: there are certainly a few things I really like.

First would be the Sound Devices 744 – I do love that machine – I also use a Sound Devices 442 mixer if I need to do ambisonics, or some other application where all the preamps need to be sonically matched.

I love the ESE Insta snakes, which give 4 channels of snake cabling over CAT5 cabling. I love that a lot.

For mics, the Sanken CSS–5 is a definite all around favorite, I have to to give credit to Paula Fairfield, who does the sound design for Game Of Thrones for bringing that mic to my attention around 1998 if I remember correctly… she is a remarkable talent.

Other mics that I really like are the Crown SASS, and the Shure VP88, which can sound amazing if in the right place. I also love the Oktava MK/C 012’s. They are great inexpensive mics which sound really good. I have four of them actually.

And of course my two fav shotgun mics are the Sennheiser MKH 416, which to me is the sound of classic Hollywood, and the Røde NTG3. Such great mics.

The last thing is probably the Triton Audio inline mic boosters, which add 20db of gain to any phantom mic prior to the pre-amp- they are very, very useful.

CFR: Why is it your favourite, as opposed to, say, other gear you may have tried?

CM: Really, all of those items have simply performed again and again with little fuss. I don’t think anything is perfect, but I value reliable performance which is an attribute for all those items.

Many thanks to Charles Maynes for sharing his thoughts and experiences with us!