You are here: Home / Gear / A Month of Field Recordists: Gear Profiles of the Pros, Part 2 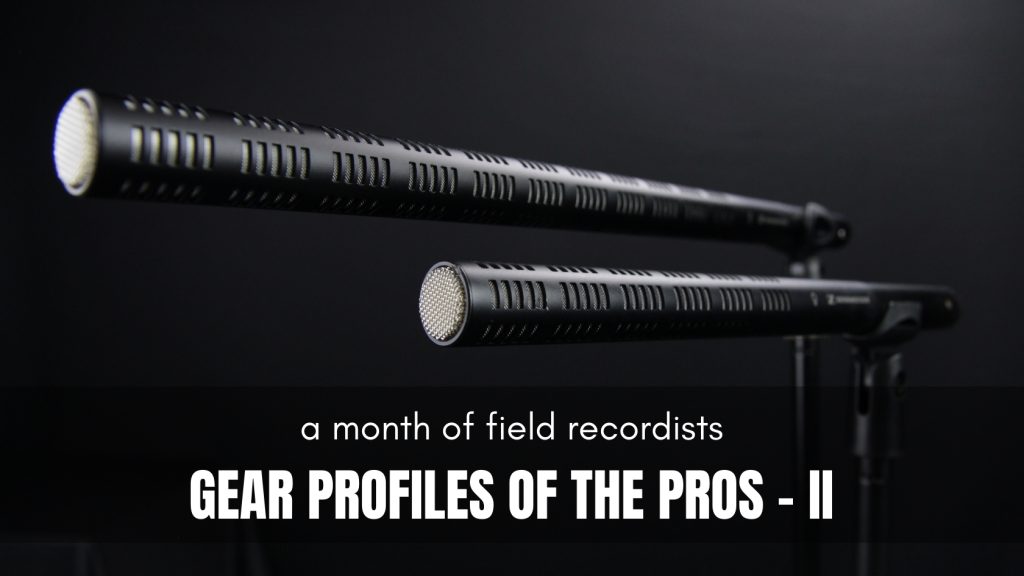 Just under a year ago I launched an experimental type of series here on the blog. I called it “A Month of Field Recordists.” It grew out of the most common question I receive from readers of the website: “What equipment should I use?”

The Paradox of Choice

It makes sense, doesn’t it?

Field recording requires precise instruments to perform properly. They range from $99 all-in-one portable recorders to $20k devices. A full kit is an interconnected balancing act of microphones, preamps, recorders, cables, headphones, and more. People new to field recording are often overwhelmed by the hundreds of equipment choices, each with a scattershot selection of features. 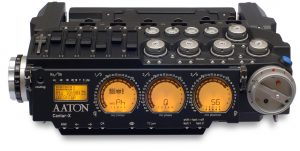 Help From the Pros

To help them, I asked my colleagues to write about their choices. Twenty-six community sound pros generously contributed their hard-won wisdom for us all to learn from.

The result was illuminating. While the series was designed to showcase equipment, the unintended result revealed the most important link in the chain: the sound pro themselves. Of course, that’s common sense. The gear won’t operate itself, will it?

There’s more, though. We learned that field recording is not narrowly limited to one textbook definition. The people that appeared were pros from theatre production, dialogue editing, film, and mixing. The posts explained how each pro’s gear choices combined with their motivation and their technique to produce their own signature craft of field recording.

The People Behind the Equipment

The series became one of the most popular on the site. Thank you to everyone who read the series and shared it with others. And of course we all have to thank the pros who diligently contributed their thoughts for us.

And what type of pros appeared in the series? They came from a range of professions who captured different sound subjects and a selection of methodology from stealth to guerrilla recording styles, and more. Really, though, only two things mattered: that they record sound effects beyond the studio, and that they were passionate about it.

In the first series I reached out to people who I knew pretty well already from forums, blogs, and Twitter. There are far more field recordists than one month can feature, of course. So, I decided to revive the series. September will feature a new batch of field recordists.

My heartfelt thanks to all field recordists who took the time to contribute to the series. Today we will begin to learn what they have to share.

Here is the list of this month’s field recordists:

Read more about the idea behind the original series.