You are here: Home / Gear / A Month of Field Recordists: John Leonard 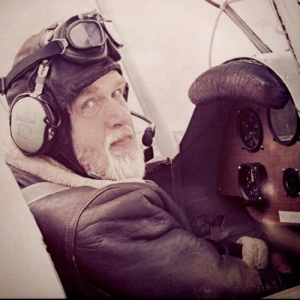 I have been a fan of John Leonard’s field recordings since I first heard them when ingesting his tracks onto the Soundsnap website, years ago. The clips were distinguished by their clarity, sound quality, and mastering polish.

Of course, this isn’t an easy thing for any field recordist to accomplish. However, it is especially notable since Leonard captures field recordings of especially difficult subjects such as helicopters, military aircraft, biplanes, and steam engines. He shares these and many other pristine sound effects on his Immersive FX website.

What’s more, Leonard’s field recordings are informed by a particularly specialized descipline. While many field recordists work in game audio or post production, Leonard brings a unique perspective to his field recordings: over forty years of experience as an award-winning sound designer for theatre sound.

I asked John Leonard if he would share his thoughts about equipment and field recording with us. He generously agreed. In today’s post, he describes a fascinating selection of stereo and surround microphones and premium hardware interfaces and recorders, and how they contributed to two impressive recordings he captured in the field. 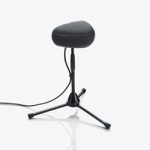 For stereo work, I’ll use my Sennheiser mics, usually a M/S set-up with the Sennheiser MKH 40 and MKH 30. They’re excellent microphones and very resistant to humidity. I can vouch for this having made recordings underneath Niagara Falls, where it’s impossible not to get soaked through.

I use Rycote windshields and suspension mounts because they just work and they have the widest range of sizes. I’ll use the furry Windjammers if the weather or the situation calls for it. The most severe test came late last year when I recorded Chinook Helicopters courtesy of the RAF at Odiham, south of London. One decided to take off about ten metres away and it was all I could do to try and stay standing whilst stopping the whole rig from blowing away. The Rycote managed to reduce the worst of the down-draught, although the directional information from the SoundField is all over the place, as I’m sure you can appreciate. The new Cyclone series from Rycote also looks very interesting and I’m looking forward to trying one out. 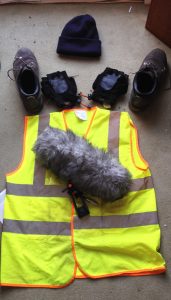 CFR: Why do you prefer using this kit?

I started out recording my own effects for theatre productions over forty years ago, using a Uher portable, which served me very well. Then I bought a Sony TCD–5 cassette recorder, which I also liked a lot and which gave excellent results. Then came assorted DAT machines, although Sony prevailed again with the TCD-D10 Pro 2 being my last digital tape machine. 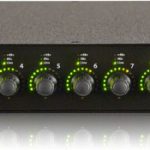 Through a chance remark at a meeting with B.J. and Joe Buchalter at Metric Halo, I got to be one of the first to use a FireWire-powered multi-channel interface, the MIO 2882, with my first SoundField, the ST250, which enabled me to make surround recordings in remote locations with a fairly small kit and I used that system for many years to great effect. I still use the Metric Halo kit, in fact my studio system is built around Metric Halo ULN–8s, but I wanted something even more portable without having to take the laptop with me, so I started to look at the various portable multi-channel recorders that were coming on to the market. I tried three different low-cost recorders from Roland and Tascam before realising that if I wanted something that would give me consistent and repeatable results and be able to cope with all the stresses and strains of being lugged up cliffs or over rocks, I’d better bite the bullet and buy the best. 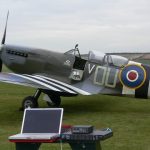 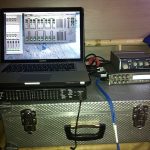 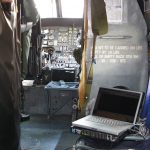 I was lucky enough to come across a chap who was getting out of the business and who sold me his Sound Devices 788T at a very reasonable pice and I was hooked. I have a 702 sitting at home, connected to a spaced pair of ex-musical theatre DPA 4061s which are permanently mounted on the window frame of our apartment, also with Rycote Mini-Windjammers, and a wireless remote rigged up so that we can grab recordings of birds, or weather or whatever other interesting noises happen to crop up. I acquired the 744T so that I could have a slightly smaller and lighter rig for use with the SoundField, which outputs at line level and matches well with the 744. 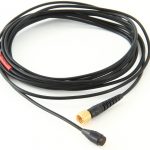 CFR: What are some of your favourite experiences or sound captured using this kit? 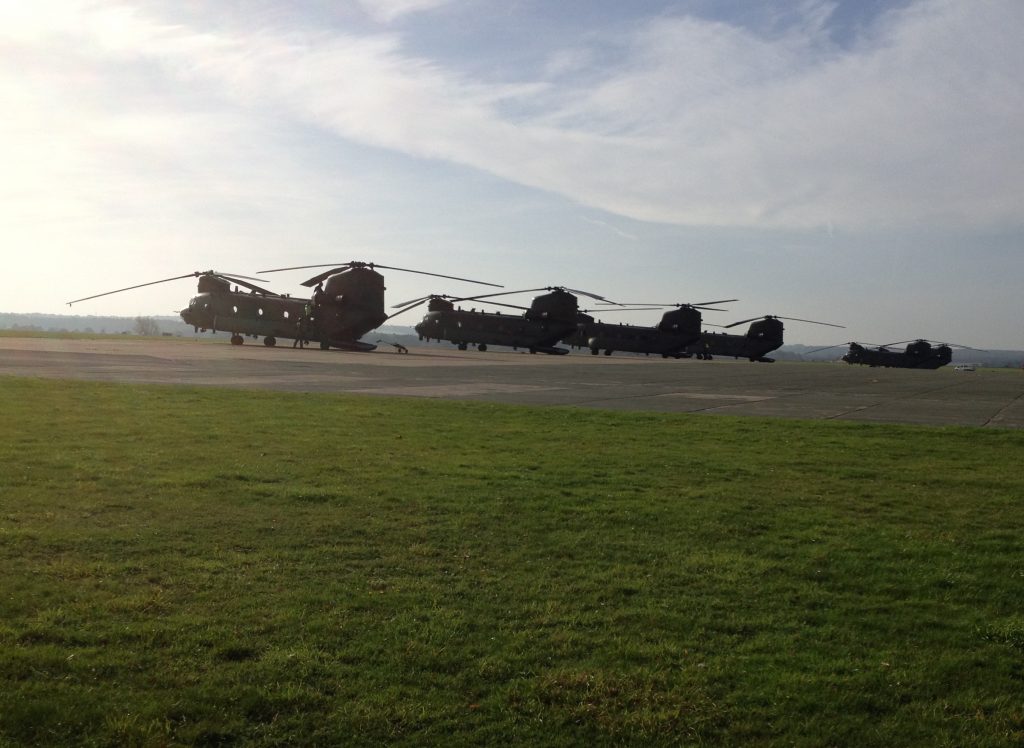 My favourite experience with the current kit is probably the Chinook recording session: I got a lot more than I bargained for and the RAF guys were incredibly helpful with making sure I got all that I needed on the day. 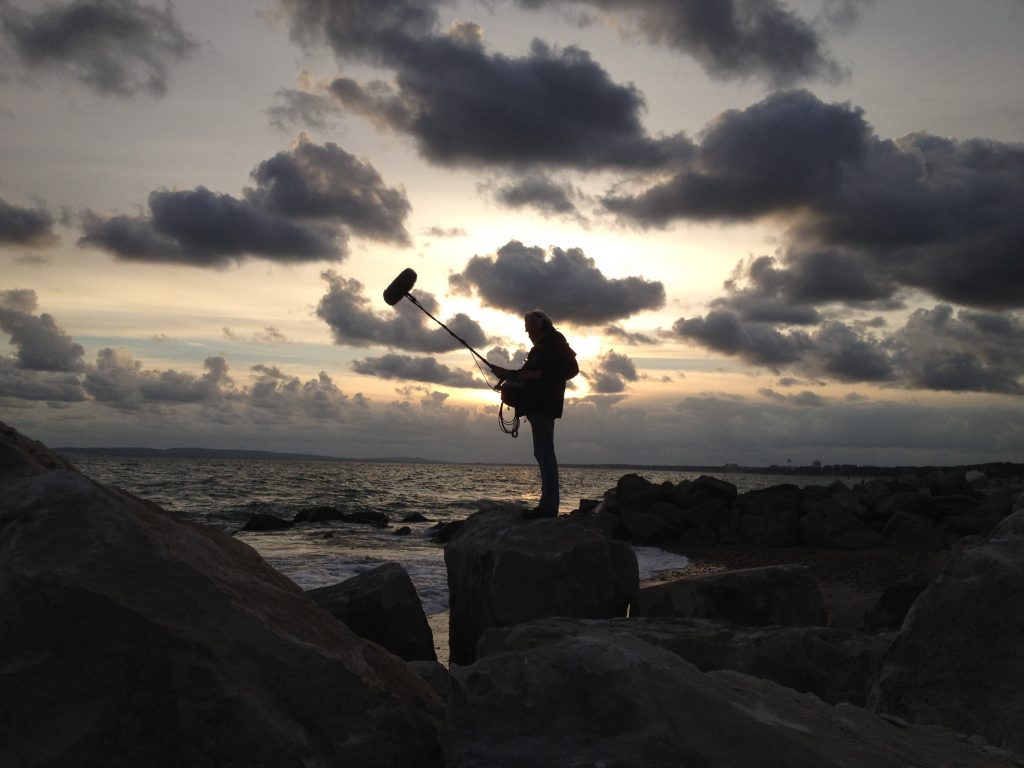 My favourite experience before that is one of those things that happens by chance: my wife and I had gone down to the south coast for a weekend break many years ago and when we arrived at the hotel we discovered it was not far from a cliff at the bottom of which was a deserted beach: The weather was perfect and I grabbed the recording kit – the Sony DAT and SoundField ST250 – and got twenty minutes of un-interruped perfect ocean waves before anyone came along to spoil the soundscape.

John Leonard also send me a sample of thunder, as recorded with the DPA 4061 microphones:

Many thanks to John Leonard for sharing his thoughts and experiences!