You are here: Home / Gear / A Month of Field Recordists: Timothy Muirhead

Many of you will recognize Timothy Muirhead as co-host of the popular Tonebenders podcast. Throughout an impressive 38 episodes he has explored field recording, sound design, as well as editing and mixing with guests and his co-host René Coronado.

Timothy Muirhead has over 15 years of experience editing and recording sound in Toronto, Canada. I first learned of Muirhead through his comprehensive blog, Azimuth Audio. I’m a big fan of that site. While Timothy has now dedicated his sonic explorations to the podcast and no longer updates the blog, it remains a treasure trove of information.

On the blog he shares discoveries, advice, and reflections on pro audio. I particularly enjoy his reports on gathering fx. He has recorded subjects ranging from ice skating to hummingbird wings to racoons, and has travelled recording sound effects in Costa Rica, Turkey, and Iceland.

I reached out to Timothy Muirhead to ask him about his field recording kit and how it helps him capture such varied sound fx. He generously shares his insight in today’s post. Muirhead discusses his kit, and describes a detailed and suspenseful tactical approach to overcoming a tricky field recording challenge. He also shares wise words for beginning field recordists: tips for testing and accessing advanced field recording gear.

Asking me “what is my favourite field recording kit” can be a tricky question. There are so many variables based on what you are recording, the amount of time you have to record it, the surroundings of the object you are recording and so on…. 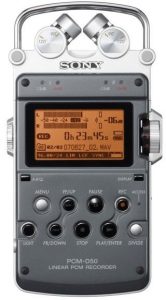 I guess my very favourite kit is simply my Sony PCM-D50. It is small and I normally get quite good recordings from it. I can keep it in my backpack most of the time and if I stumble across something in my travels, grab it and start rolling.

In terms of planned field recording sessions, my favourite recorder is my Sound Devices 702. It is expensive but it is worth the price for the most part. It is very sturdy, I have had mine for 5 years now and never needed to have it in the shop for any reason (looking furiously for some wood to knock on as I test the Murphy’s Law so recklessly). I have had it on my shoulder in fairly extreme cold in the back woods of Northern Ontario in winter, as well as the hot and muggy jungle in Costa Rica. It has never done anything other do its job flawlessly. There are times I wish the interface was a little more intuitive but, all in all, the 702 has been an extremely reliable piece of equipment for me. 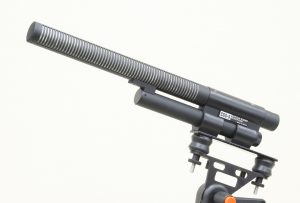 In terms of microphones, I really love my Sanken CSS–5. It is super adaptable as it can record in mono or two different spreads of X/Y stereo. And, to my ears, it sounds great. I have other mics I can reach for as well but currently that is my go-to. I recently invested in an M/S set up but I am still dipping my toes in that format, so it might take over as my favourite in the next year or so.

To be honest, though, I have the most fun going out with more unconventional microphones. The days I get to pull out my hydrophone or my contact mics are normally the ones I look forward to the most.

CFR: Can you share an experience recording sound fx with this gear?

A couple of years ago I was hired to do a session to get sounds to be used in a Michael Keaton film a colleague of mine was acting as post supervisor for. The plot involved an important character losing their eyesight and there was a sequence involving a montage of extreme close-ups of the equipment used by specialists to measure a patient’s eyeballs. My assignment was to record the crazy servos and noises these machines made by going into a real, working eye clinic and capturing these super high-tech machines in action. 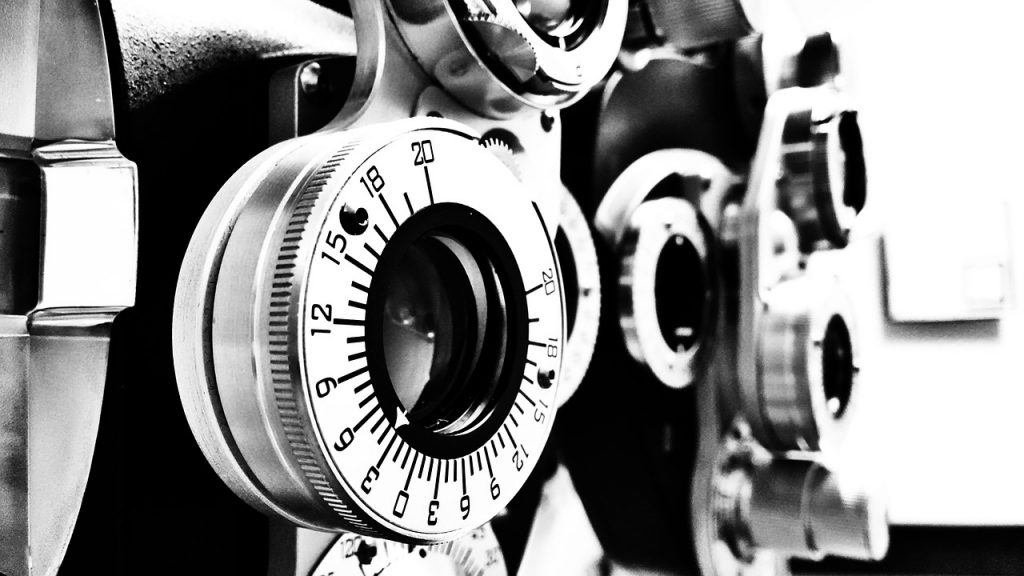 The upside was that the production was able to secure the clinic on a Sunday morning when it was not open to patients. This was fantastic as it would cut down on the noises that having all the extra people around would create. The downside was I was hired for this gig on Friday afternoon – meaning I would not have any time to do a recon mission and get in ahead of time to see what I would be up against sonically. So I had no idea really what i was walking into.

To add to the pressure, the film was mixing very soon. The sound design team had spent a lot of time designing sounds for this sequence in the months leading up to the mix but were not able to get something the director was happy with. The director was present for the shoot when the real machines were filmed and knew in his head exactly what these machines sounded like. So it was decided at the last moment to go and record the actually machines instead of trying to recreate them in the sound design suite. So I really only had one shot to get these sounds; waiting a week to get back in the following Sunday was not an option.

Going in, I had very little idea what the clinic/recording environment would sound like and no option to come back later if things went awry. I had to bring everything I owned along with me so I could adapt to the conditions presented once I arrived.

I went into the clinic with a shotgun mic (416) and my trusty Sound Devices 702 and immediately began to realize that I was stepping into a very loud environment. This was going to be a tricky assignment. Every one of these machines has internal fans going at all times to keep the supersensitive equipment cool. I knew the director was not imagining these whirring fans when he recalled the sounds in his head so I would have to figure out a way to at least minimize the fan noise while hopefully finding a way to get rid of it entirely.

My first line of attack was to turn off as many of the machines as I could to quiet the room. A few of them could not be turned off ever though, so I had to tent them in sound blankets (a rarely discussed important part of a location sound kit, blankets have saved me countless times) in an attempt to control their noise.

Next up, I went through each of the five machines I was to record and tried to find a place where I could put a mic and still get the interesting noises without the loud fan. On a couple I was able to accomplish this pretty well by using lav mics (DPA 4060) and slipping them actually under the external housing of the machines. But three machines made it impossible to capture anything clean.

So, I had to haul out a contact mic for these ones. While having one of the clinic technicians run the machine over and over, I slid the contact mic along the outside of the machine while listening until I was able to find a few sweet spots. The contact mic was able to capture the internal workings without the sound of the pushing air created by the fans. The downside was they the recordings lose a bit of their frequency spectrum going through the thick plastic casings of the machines.

In the end, I got usable recordings of the various machines that were cut into the film’s montage, to the directors delight. One of the machines was really tough to get clean but the recordings I did get were able to give the sound designers a good idea of what the director wanted and they were able to spruce up the real recordings with added design to make it really cool.

In the end, a combination of lavs, contact mics, and a shotgun was used to grab the needed sounds. All were being sent into the 702, many times at the same time: left channel = lav, right channel = contact mic. Recording the same takes with two different mics made it possible for the editors to switch between the two perspectives when the camera went from a shot of the machine to shots of what the machine is seeing.

Listen to a playlist of Timothy Muirhead’s field recordings from this session:

The one thing I would suggest for anyone looking to get into field recording is to find a good rental house near them. While I do own a Sound Devices 702, I don’t own a 788. When I do a recording session that requires 8 channels (or more), I rent a machine for the shoot. I have found it to be cheaper then owning a 788, since the majority of the sessions I do don’t need 8 channels. Rental houses can come in handy before you buy gear too. Before I bought my Sanken CSS–5, I rented one for a few days to see how I liked it. It can be thousands of dollars up front for a good set of gear, that’s a tough barrier to entry to this field. Renting the same gear when you need it can be a couple $100 a shoot, and that number is easier to handle when you are getting started. If you find yourself getting hired frequently, then you jump in and start buying your own gear.

I did a few posts on my old blog about my recording kit a few years ago. While it is not up to date, it gives you an idea of all the gear I use for wind protection, stands and boom poles, odds and ends and what I use to document my shoots.

Many thanks to Timothy Muirhead for sharing his field recording kit and pro sound advice!