You are here: Home / Gear / A Month of Field Recordists: Andreas Usenbenz 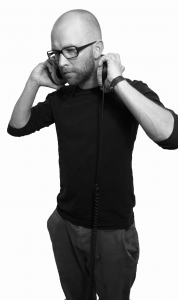 This series actually grew out of an excellent discussion I had with Usenbenz about the equipment he used for that project. I asked him if he was interested in sharing the methodology behind his gear choices. He generously agreed.

So, today’s post shares a valuable perspective on field recording equipment: Usenbenz explains not only what is in his kit, but how it evolved from his first equipment collection to his current gear list.

He also shares secrets for recording the tricky fabric sound fx he captured for his recently released sound library on his Soundcatcher website: Cloth.

Creative Field Recording: Can you share what field recording equipment you use, and how you came to use that kit?

My career in field recording started, maybe as others too, with an H4n. I ran into noise and wind rumble issues very soon. I bought a wind screen for it but it doesn’t really work. 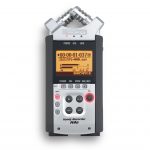 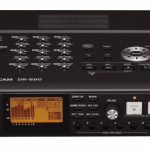 Later I bought a Røde NT4 with a Røde Blimp, but the noise was still there so I saved for a new recorder. I bought a Tascam DR–680 which is a quite good workhorse and later I noticed that I don’t really need 6 channels, and it’s also a bit bulky. The preamps are good but not exceptional. I again ran into noise issues, this time because of the NT4. I also didn’t like the sound of the X/Y configuration. It’s too narrow for my taste. I was quite interested in ORTF. As I wanted to save money over quality (like everyone), I bought Line Audio CM3 mics for my Røde blimp and I figured out a setup where I could set them up in the Røde blimp in ORTF. But the windscreen didn’t do a good job in this setup because the capsules were too close the the edging of the blimp and wind noise became an issue again.

At this point I was really sick of trying gear, and I also spend a lot of money till this time, for just the experience. After that frustrating time, I decided to take my saved money and bought a stereo set of the Sennheiser MKH 8040 and an ORTF windshield Kit for nearly €3000. And what do I have to say? I never made such great sounding recordings. Comparing the really good Line Audio CM3 made them to nebulous devices the MKH 8040 are so crazy clean and the ORTF windshield kit makes a really good job. So what’s the conclusion ?

You can listen to a few tests I made with them here.

I recorded the Cloth library with my MKH 8040 (just with one) because I have a great windscreen (Rycote WS9 Blimp) for it. 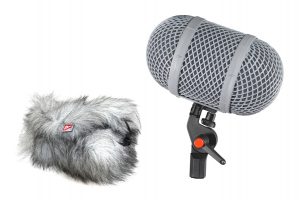 I needed that windscreen for certain flap movement and impact sounds I wanted to capture. And this type of sound creates a lot if wind.

I chose the MKH 8040 for the Cloth library because they are so damn quiet in self noise and as I headed out for very, very calm sounds, I needed also very calm mics in regards to self noise. 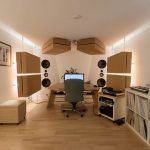 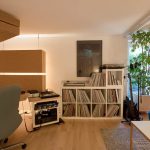 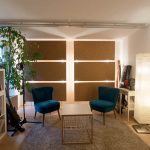 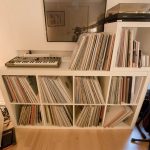 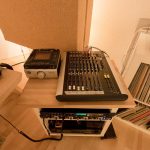 The recordings where made in my studio but without the typical Mic -> Interface -> Pro Tools Routing. Because my studio isn’t dead silent when it’s running the iMac with Pro Tools (hard drives, etc.), I decided to record all the stuff with the Sound Devices 702. So I was able to switch all other devices off and record only the cloth sounds. It was very heavy because I even wasn’t allowed to breathe because it was so loud. Sometimes even holding my breath made some weird noises which I had to overcome while recording the Library 😉 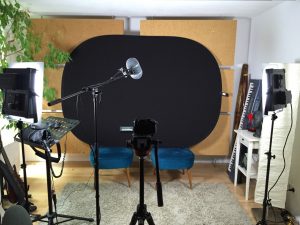 Here’s a special Coupon for your readers: cloth15 it’s 15% off from the Cloth library.

CFR: What is the Bell’s Breath project?

Bell’s Breath is a contemporary art project. It was started when the city of Ulm (where I live) was throwing some money into the independent art scene to celebrate the finishing of the bell tower of the cathedral of Ulm, 125 years ago. A big Happy birthday party 🙂

It’s still the highest in the world, even if it’s just a few meters higher than the dome of Cologne…

We have a nice and growing network here of all kinds of creative heads. It’s called Ulmer Gestalten. It means we’re all from the same city, and we’re all doing design and creating something in our own way. We’re a big pool of designers, musicians, filmmakers, et cetera. I’m the only guy who is doing sound design and field recording, as well as audio mangling of all kinds.

I met Dorothee there. She’s a designer and also studied painting. We talked a lot about the chance the city of Ulm was opening to us and we came up with a nice project called “Bells Breath,” as around 60 other people did very different projects. I don’t know the exact number, but there were a lot. We had the luck to be funded with a few thousand Euros, as did 9 other projects.

Bell breath is about silence. It is about the question: “What is a religious place like a church for? Is it for self reflection? Is it for meditation and the like? What does a bell do? What is it for?”

As we have 10 different bells inside the cathedral of Ulm, every one of them has its different meaning. There is the “funeral,” “festival,” “Reformation,” [and] “prayers” bell and so on. But what does any one of the single bells do? They ring for a different state of mind. All of them tell the listener to concentrate on a single situation like praying or a christening. Concentrating on a single thing is more like meditation as we may meditate.

So, for the audio part, which was mine for sure, I mainly concentrated to the minimalism in music and sound design. I wanted to create something really unique. And I wanted to create silence. Because for me, the process of concentrating on just one thing means you’re creating a similar situation like meditation. This is what I wanted to work out as I composed the music for “Bells Breath.”

CFR: What equipment and technique are you using to record the bells?

In a first session, I visited the bell tower to record every single bell punch. So, the sacristan was ringing every single bell for me, a few minutes long. I recorded them in a separate room below the main bell room. But, as the ceiling/floor was completely open, it wasn’t a really big difference, as the bells are so damn loud. I recorded them with a pair of DPA 4060s about 15 meters away from each other directly in the corners of the room, and around 30 meters away from the bells.

The second setup was my MKH 8040 ORTF setup. And as a third setup I used a Røde NTG3 which I mainly addressed to the single bells, but for the composition I mainly used the MKH 8040 as I liked the sound as best.

In a second session I recorded the bells directly. I brought contact mics and different props to hit and manipulate the bells directly. It was [during winter] and it was really cold inside the bell tower. I was really naive to think that I can mount my contact mics onto the bells easily. They’re around 5–10 cm thick and if they’re cold like in winter they have a big amount of hoar frost on them so the mics didn’t hold. I couldn’t manage to mount them directly to the bell so, I held them with the fingers. As you may know, this was the [worst] option to record with a contact mic. I had a lot of body movement and rumbling inside the recorded file but I managed to clean up the recordings a lot with iZotope RX4 and they were very usable.

Checkout a sample of the bell sound effects on SoundCloud:

The hardest part was to record the full ringing of all the bells. It was so damn huge, that I couldn’t manage to stay inside the room. Even pressing the hands on my ears hurts so much that I had to leave the bell room. But the mics recorded the sound very nicely.

Contact mics: Self made Piezzos mics, similar to the C-Series from JRF.

For my project “Bells Breath album” I want to collect money for the pressing of records. I’m a very big vinyl fan for myself and I think the analog medium is the perfect addition to the meaning of the project.

[When] handling physical media like a record, you’re concentrating on the music itself and it’s more like a movement of awareness. Putting the record on the record player starts a moment of concentrating on the medium, the music. This is why I decided and ask for the money for a record. There’s also a pledge, where I give away all the original recordings from inside the tower and the second recording session. They will be transferred with full [names] of the bells, and will hold professional metadata naming and tagging inside of them! This isn’t an option only for sound designers. Musicians will also have a niche profit of this project. I think most of the time it’s very difficult to get access to such huge bells to play them with drum and mallet sticks 😉

Here is a Vimeo video of Andreas playing the church bells:

Many thanks to Andreas Usenbenz for describing his experiences evolving his kit and for sharing a special sound library discount!