You are here: Home / Gear / A Month of Field Recordists: Shaun Farley 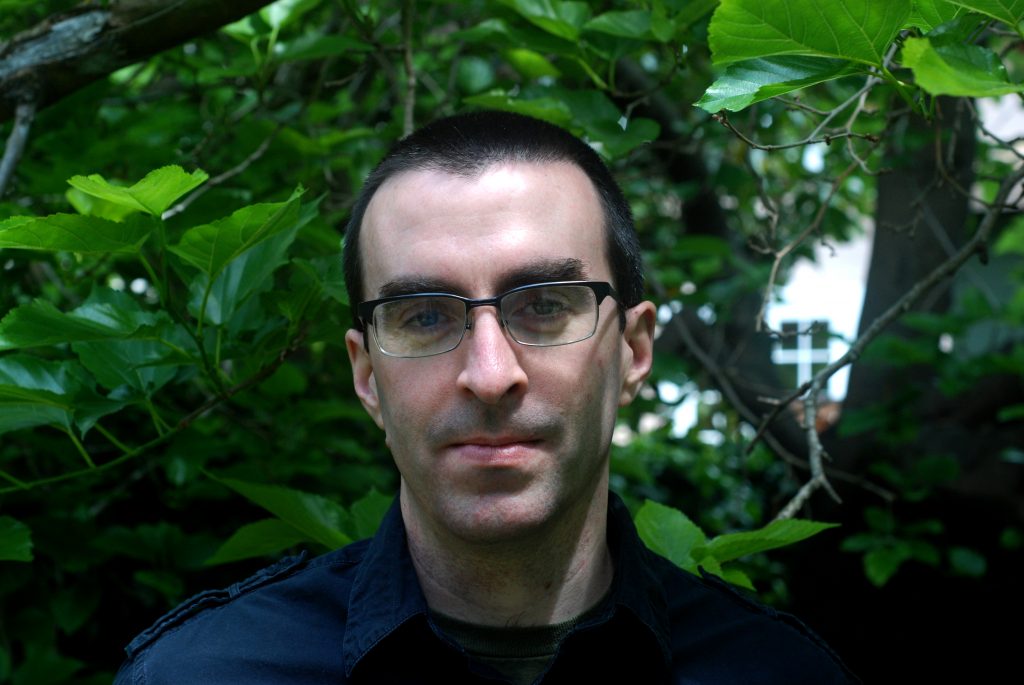 Field recordist and sound designer Shaun Farley is no stranger to the Creative Field Recording blog. I first interviewed him about his Cloth sound library. He also shared an inventive technique to stereoize mono sound files.

Farley has traveled worldwide to capture field recordings from locations as far as the Middle East and the Galapagos Islands. He has also extensively documented the sound of Smithsonian museums, and has captured focused recordings of guns and machinery as well.

I had known that Farley uses a Neumann 191, which is a microphone I admire. I reached out to him to ask him how that mic fits into his kit, what his other tools include, and how they help capture the clips he pursues.

Farley kindly shared his thoughts and reflections on choosing gear. He also included a fascinating example of the effect of recording with a stereo shotgun microphone, as well as the value of having equipment nearby to capture inspiring sound clips.

I don’t know that I have a favorite anything… except for maybe Rycote gear. I’ve tried other blimp/zeppelin systems, and the quality of Rycote equipment is far enough ahead of their competitors that I feel comfortable saying that. I don’t buy anything else on that front. 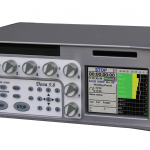 As far as recorders, I’ve had the opportunity to use both Zaxcom and Sound Devices equipment. Those are the two companies that all others are chasing (Aaton might be the exception there, but I’ve never taken their Cantar for a spin). We had a Deva 5.8 and a 744T at a company I previously worked at. Both units had their strengths and weaknesses. At the time I bought my 744T, all of the Zaxcom gear was MUCH larger and more expensive. I liked the Zaxcom gear, but budget and my needs (way more record channels than I needed) at the time pushed me to Sound Devices. That’s not quite the case anymore, and Zaxcom has some very tempting gear. I’ve tried out the “Never Clip” tech they’ve got in most of their recorders now, and it’s damned impressive. The Maxx is on my wish list now.

I like the microphones I have in my field kit… Sennheiser MKH 30, 40 and 60; AKG Blue Line modular systems, Neumann RSM 191; Barcus Berry Planar Wave contact mic… a few other odds and ends, but that doesn’t stop me from lusting after other gear. I’d like to add a Schoeps or two, but I don’t NEED them. The next time I’ve got a couple thousand dollars laying around that I can stand to part with, I’ll consider it. Most of the gear I own I’ve purchased used. I identified items that I wanted, or that could fill holes in my kit, and was patient. 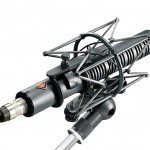 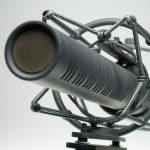 With the exception of the 191, everything was bought to fill a gap in my kit. Whenever it was time to fill one of those holes I either bought something I was already familiar with, or something people I trust could vouch for. Because of that, I’m very happy with the gear I have. 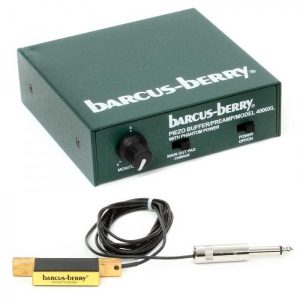 CFR: Why is this your preferred kit?

It really depends on what I’m going to be recording. But if we were to say, “You need to be out the door to record (with a decent mic) now!” the 744T is obviously going to get picked up, and most likely the RSM–191. It’s not as quiet as the Sennheiser MKH series (few things are), but it’s got a low self-noise level, sounds less clinical, and is the most situationally versatile mic I own. It’s a compact single body M/S mic, and the capsules are factory aligned and can’t move without a force that would probably break the mic to begin with. That means I can record in M/S without having to take the time to analyze the body positions to minimize phase issues when decoding later. The “mid” capsule is hyper-cardioid. So while it won’t have the “reach” of a typical shotgun, it can go from outdoors to indoors without any of the issues that a shotgun might have. 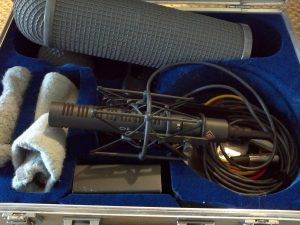 I’ve also got it set up for quick connecting. I use a Petrol bag, and the matrix box the 191 requires fits perfectly in the wireless receiver pouches that come with the bag. It clips on instantly, and it leaves the cables in a great position to quickly plug it in to my 744. When I’m done for the day, it removes just as easily to get stored with the mic. 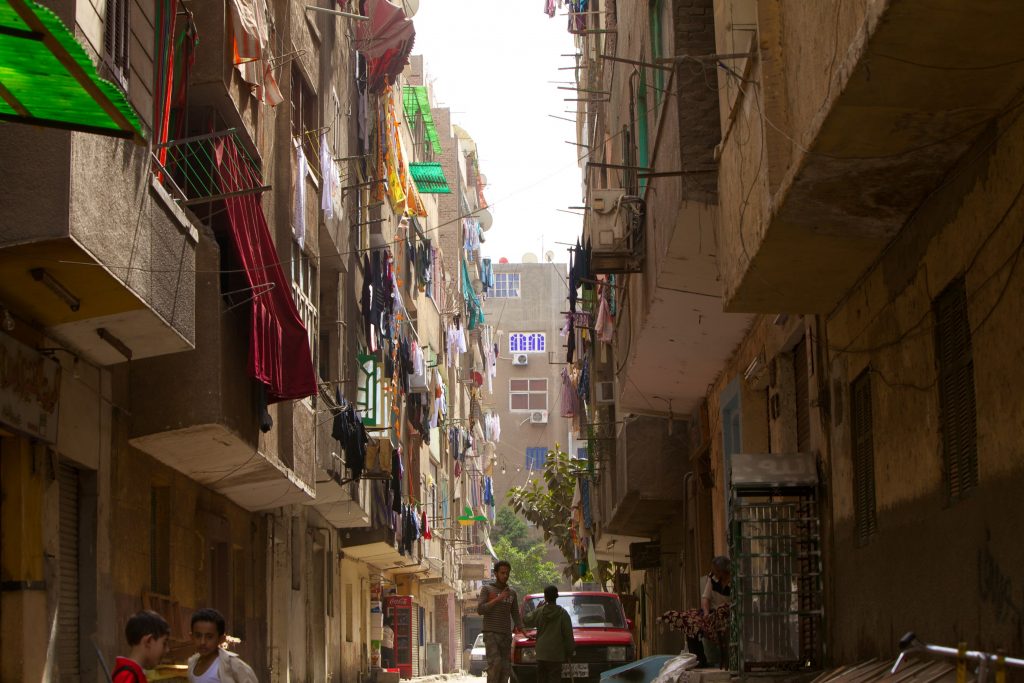 CFR: Can you share a favourite project, an experience, or a field recording that you captured on this gear?

Easily. When I first got the [Neumann 191] mic, I spent a bit of time putting it through its paces. I did some small tests to compare it to my MKH M/S rig, but the first time I really took it out to put it through it’s paces was a parade in Arlington, VA. My wife was (still is actually) in a Brazilian style percussion marching band called Batala. They were going to be playing this parade, and they’re always LOUD! This was first time bringing the mic out into the wild and testing the limits of it’s dynamic range, and I was really eager to hear what the result would sound like. That’s why it sticks out in my head. I remember that I had the 744’s input gain controls set to “normal.” As they moved up the street to my position, I slowly adjusted the input gain to keep from distorting the signal. By the time they were directly in front of me, the gain pot was zeroed out… meaning it wasn’t adding more the 25 dB of gain to the input signals from the mic. It handled that really high SPL quite nicely, especially considering the fact that the street was narrow and flanked by tall buildings. You can hear the different sections of the band move into focus as they walked by me, then I chased after them a bit, and you can hear the presence jump back up in the recording as that happens.

Listen to Shaun Farley’s Neumann 191 recording of the marching band on SoundCloud.

Here’s a YouTube video of Batala performing in the parade.

I should mention, though, that the most expensive gear does absolutely nothing for you if you don’t have it with you and ready to go when an interesting sound happens. I also own a Sony PCM-D50 and a PCM-M10, and I usually have one of those with me wherever I go. I just got the M10 recently, because I wanted something smaller that was easier to just throw in my pocket as I was walking out the door. I did just that when I took a trip back to the East Coast recently. I stayed with some friends while I was there. They had this weird faucet in their basement that was rectangular in shape, and it made a really interesting sound as the water came up it when you first turn it on. I have no idea what I’ll use it for, when, or even if… but at least I’ve got it.

Many thanks to Shaun Farley for sharing details and thoughts about field recording gear.