You are here: Home / Gear / A Month of Field Recordists: Watson Wu

Today begins a month-long series learning about field recordists and the tools they use. Learn more about the series in yesterday’s introductory post.

The first field recordist featured is Watson Wu. He has worked on AAA game titles such as Transformers, The Need for Speed franchise, Assassin’s Creed, Madden, NCAA Football, and others.

Wu records many types of sound effects, and is well known for capturing two tricky categories of sound clips in particular: high-performance vehicles, and weapons. He has documented cars such as a Ferrari Dino, a Porsche Carrera, and a 1969 Mustang Shelby GT500. His weapons recordings include cannons, World War I and II firearms, rare shotguns, and more.

As you’d expect, both of these categories require ample field recording experience and sterling technique. Watson Wu graciously shared with me a focused list from the extensive of gear he uses to capture such challenging subjects, and some extra tips for beginning field recordists, too.

Creative Field Recording: What is your favourite gear to use for field recording?

It depends on what I’m recording, as well as the size of the budget. For mono or stereo recordings, I mostly use my Sound Devices 744T with a Sennheiser MKH–418-S M/S stereo shotgun mic.

CFR: Why is it your preferred kit?

We live in a very noisy world so the 418-S is a great mic that can focus tightly at whatever I’m pointing at. It also reaches quite far which is great when I record cars doing pass bys and long distance perspective of gunshots. 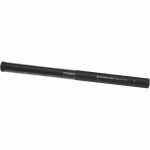 Because I often have to record in stereo (from a single point mic), the 418-S has been used in most of my car and gun recording sessions. Just like the Røde NTG3, it sounds good at almost any perspectives and distances. I more often use the 418-S because it is an M/S stereo mic.

While I own a Sound Devices 788T-SSD field recorder, the 744T has fantastic built-in pre-amps and limiters to handle super loud sounds I often record. It is literally THE TANK of all field recorders!

Wu also generously shared a few other details about his recording set up. I mentioned to him that I had heard him speak well about Røde microphones.

Rode is literally my favorite microphone. They added me as one of their featured artists. 😉

All of my car recordings will have at least one or two Røde mics. This is also true when I record medium- and large-size budget gun recording jobs.

He also shared a few thoughts about portables, and equipment for beginners:

The “always with me” recorder is a Tascam DR–40. I only use it for its XLR inputs. I got rid of my Zoom H4n because it can’t handle recording loud sounds. I highly recommend the DR–40 to everyone, even pros. 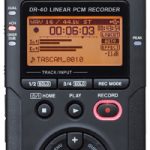 For beginners who want to do field recordings, I highly recommend the Røde NTG4 for isolation recordings and the NT4 for stereo. These are the best XLR mics to go along with a Tascam DR–40 for your money.

Many thanks to Watson Wu for describing the equipment he uses to capture his field recordings, and for his tips for beginning recordists!

Below are a focused selection from Wu’s arsenal of equipment.