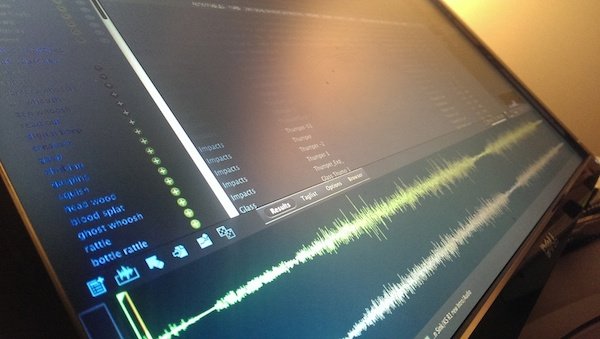 Last week Basehead released a new version of their sound effect browsing software. While the latest version, Basehead 4, was previously available for PC users, the July 2 announcement was the first 4.x release of the sound clip management app compatible with the Mac platform (OS X 10.6 – 10.10).

I mentioned Basehead in an earlier article as one of the few “full-featured” apps that accomplishes all four main tasks of metadata apps:

That’s a feat not shared by many other metadata apps. Basehead 4 adds a handful of eagerly-sought enhancements to these tasks. Today’s article shares the main improvements featured in the new version, as well as details on a discount offered on the Basehead software.

What is a metadata app? How do you use sound fx browsing software? I wrote a number of articles about metadata and sound browsing apps in a “Metadata Month” series last year. Read those articles to learn more about metadata, how to use it, and an overview of metadata apps and what they do.

So what’s new in Basehead 4? The software includes dozens of new features and refinements. I’ll share the most compelling ones. 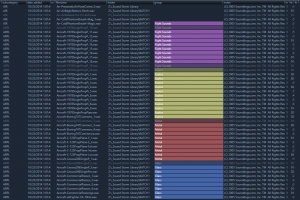 Basehead 4 is offered in three versions:

This chart shows the feature breakdown between versions: 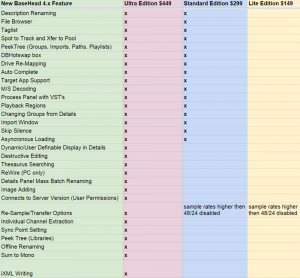 This YouTube video describes the features in Basehead 4 Ultra:

Learn more about Basehead 4 for Mac.