You are here: Home / Interview / How to Stereoize Mono Sounds: Benefits, Risks, and Theory 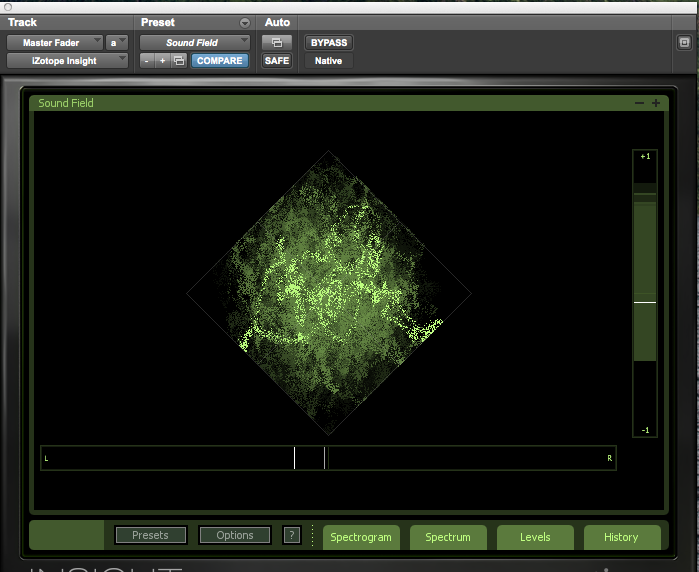 Last week’s article shared step-by-steps instructions for transforming a mono sound effect into a stereo file. That process, also known as “stereoizing,” was based on a tip that mixer and sound editor Shaun Farley described in a forum post, years ago.

Of course, you can simply follow the steps described in last week’s post. That will produce good results. However, that article may have left you with questions:

I turned to Farley to answer these questions. So, today’s post shares a Q & A with Farley that explains how he began using the trick, the science and risks behind it, and more.

Contents hide
Mono to Stereo: A Q & A With Shaun Farley
Creative Field Recording: How did you discover the trick?
CFR: What’s the science behind the trick?
CFR: Are there drawbacks to the trick?
CFR: There are other “stereoizing” techniques, such as slipping a duplicate track a few frames, pitching one side, or the trick to cut a (uniform) track in half, then drop the new region to the second track. Any that you prefer or avoid?
CFR: Do you have any favourite metering plugins and hardware that you use to keep track of phase, stereo image, levels, and so on?
CFR: You have extensive knowledge about sound theory. Can you share how you learned about this, and how you keep up on your expertise?
Read More
Other Resources
Stereo Metering Tools
Related Articles
About Shaun Farley

Mono to Stereo: A Q & A With Shaun Farley

Creative Field Recording: How did you discover the trick?

Shaun Farley: I didn’t really “discover” it. It was something that just kind of dawned on me one day, and felt like one of those things that seems really obvious once it is right in front of you. Like a lot of other people, I had been using the old classic of chopping a file in half and using the two pieces for left and right. While that works well enough, it never really felt like a truly believable stereo image to me. I was trying to think of ways to make it better, and I just thought, “This should work.”

It did. So I guess it was a case of finally reaching a point in my professional development that I could make better use of some of the facts that were sitting on the shelf in my brain.

CFR: What’s the science behind the trick?

SF: Ah, the science! The key piece of information that actually led to me developing this method is the Haas Effect, but I’ll back peddle a bit before talking about how that comes into play. The reason why I was never really happy with the splitting a file trick, is because a stereo field isn’t just different sounds in different channels. True single point multi-channel recordings – whether they be L/R, 5.1 or larger – have a phase relationship between the channels.

If you’re out recording on the street, and a car honks its horn to your right, do you only hear it in the right channel? No. If you listen back to it in your DAW later, and turn off that right channel, you’re still going to hear that car horn in the left channel. The key factors that tell us it comes from the right are the time of arrival and the perceived volume.

So I realized that if I wanted something closer to a true stereo image using two pieces of a longer mono file, I’d have to have elements bleeding from one channel into the other. That’s where the Haas Effect comes in. If we hear reflections, and if we hear them in the range of 10–35 milliseconds after we hear the source, we attribute those reflections TO the source. In other words, we don’t hear them as reverb. It gives us an impression of the space that the source is in, without being the sound OF the space… if that makes sense. Get above 35ms, and it DOES become reverb… becomes the sound of the space.

That became my guidepost. Have the “channel bleed” be delayed within the range of the Haas Effect, and I would be providing that phase relationship that’s present in actual multi-channel recordings. Of course, you don’t want that delayed signal to be as loud as the “source.” That can cause listener confusion in some cases. So the “bleed” needs to softer than the source audio.

That gives you the two elements of the trick: a panned delay… that’s lower in volume than the source.

CFR: Are there drawbacks to the trick?

SF: There are always perceptual risks when you’re trying to emulate real world physics. Those numbers I gave for the Haas Effect are important, and you have to be careful with the volume of the “bleed” channels. The nice part is that it’s easy to hear whether or not it’s working. If it sounds wrong, you just need to adjust your delay time, levels, or both. It’s a pretty safe method if you’ve set it up properly though, and phase tends to be a concern only if you’re going to fold down to a smaller number of playback channels. If I know that’s a possibility, I like to make sure I switch back and forth between the construct and a fold down. Actually, if I’m using this trick, I tend to check a fold down version anyways. There are no guaranteed exclusive playback methods once a project leaves your room, and testing playback variables is rarely a bad idea.

CFR: There are other “stereoizing” techniques, such as slipping a duplicate track a few frames, pitching one side, or the trick to cut a (uniform) track in half, then drop the new region to the second track. Any that you prefer or avoid?

SF: Like I mentioned before, I used to use the “chop a file in half” method, and it’s still a component of this technique. I never really liked any other methods. Pitching a duplicate (if that’s all I was doing in an effort to build a stereo sound) always sounded awful to me, and slipping a duplicate a little left or right really just means you’re “weighting” one side. In both cases, there’s just too much correlation between the left and right channel…unless you’re going way out. Then it just sounds weird.

There are some plug-ins that are designed to make mono tracks sound stereo. They’re not bad, and I’ll use one of them (like Waves’ PS22) if I need to be really fast. This technique doesn’t take terribly long to set up though, and it can generate a more interesting and varied stereo field. There’s nothing to say you can’t apply additional processing (like EQ, or maybe even pitch shifting) to the “bleed" channels too!

CFR: Do you have any favourite metering plugins and hardware that you use to keep track of phase, stereo image, levels, and so on?

SF: For a long time, I was using a Dolby DP570 to check fold downs in my mixing room. We did a fair amount of TV work at the last staff job I held, so the company invested in that tool. It lets you monitor a signal in different fold-down configurations, and that was pretty handy. Pro Tools has its own real-time down mix plug-in built in now, so it’s a lot easier to do those confidence checks than it used to be. There didn’t used to be a ton of analysis plug-ins either; at least, not that I was aware of. I did (and still do) like the Phase Scope and Surround Scope plug-ins built into Pro Tools. I really love Insight now too. I’m glad Izotope put that out, though I wish it handled higher channel counts. It’s got a lot of overhead too, so I’ll still sometimes stick with the the old Phase and Surround Scope plugs… depending on the size of the session.

I always have a phase/correlation meter up when I’m building stereo files; whether it’s this trick, or if I’m decoding M/S recordings that I’ve made (which I always do manually… I don’t trust plug-ins for that). They’re an important part of the mastering process for field recordings.

CFR: You have extensive knowledge about sound theory. Can you share how you learned about this, and how you keep up on your expertise?

SF: I read a lot. When I was getting started in my career, I kept reading whatever books I thought might make me a better sound professional…both technical and aesthetic. Early on, I’d say the distribution was probably about 70:30 (technical:aesthetic). I would regularly read things that were way over my head, then I’d find other books that had a lot of the same information and read them anyways. Eventually, my head started rising to the level of some of the stuff I was reading. That’s when you start getting ideas about how to apply the knowledge you’ve been building. Then, you develop techniques like this…and hopefully share them with other people. 😉

Now I’m more 20:80. At a certain point, the technical stuff is going to STAY over your head unless you really want to invest actual career time in it. I was always more interested in the craft and story-telling than the technology and theory (technical/scientific theory, that is). I knew that I needed to understand the tools and the medium before I could start using them in truly artistic ways though. I still go back and re-read some of that info I’ve absorbed over the years, because experience brings new perspective. You never know what’s going to trigger an idea, and I’m still learning all these years later. If I’m treating my career with the respect it deserves, I’ll still be learning decades from now when I retire.

Many thanks to Shaun Farley for sharing the trick, his thoughts on stereoizing sound files, and his time contributing to this Q & A. And thanks also to Shaun and George for catching and correcting my errors in last week’s step-by-step guide.