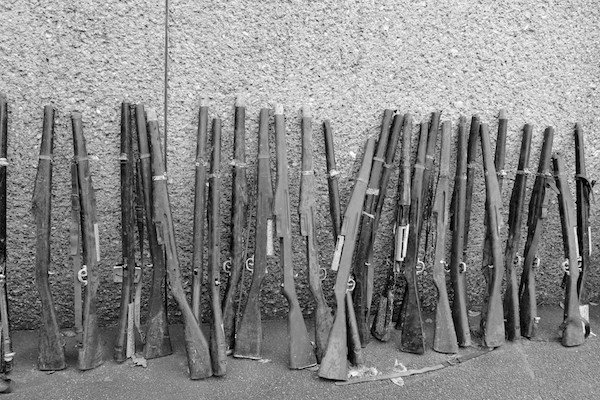 Lately I’ve written a lot about creating sound effect libraries. In an interview with A Sound Effect, I mentioned that many sound collections begin when a sound editor notices certain sounds are missing.

This is exactly how the Free Firearm Library began. Of course, many of you know this library. It has received a lot of press and support from the community. The library has been downloaded by many sound pros. The crew behind the library, Still North SoundFX, recently mentioned that library clips were used in Boardwalk Empire.

The library also offers something more than tricky sound clips, however. The reason why it was created and how it was done provides insight for audio pros interested in sharing sound themselves. How?

Well, we’re all familiar with the sound of Hollywood-style suppressed gunshots. Ben Jaszczak and Brian Nelson of Still North SoundFX knew silencers sounded differently. They were determined to capture realistic-sounding suppressed gunshots. To do this, they turned to the community to support the project with what became a popular Kickstarter campaign.

So, what’s interesting is that the library grew from a need to record a specific sound effect that was difficult to capture: suppressed gunshots. Also, the Firearm Library involved the community intimately by using a tool rarely seen when creating new collections: Kickstarter.com.

It’s been some time since the library was released. I recently reached out to Jaszczak and Nelson to hear their reflections on these ideas. They kindly shared their time answering questions about recording the gun library, working with the community, and their plans for the future. 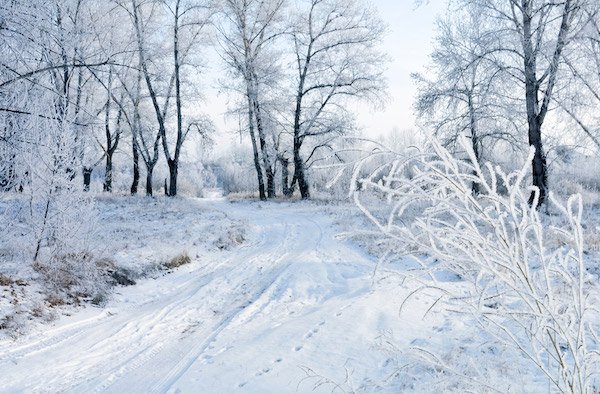 Q. You captured a wide range of guns. Was it tricky getting access to the guns? What about the location?

It was fairly simple on both counts for us. We owned several firearms including the silencer, and between our family and friends, all of the weapons we used including the fully automatic firearms were readily available. People were eager to help and quite generous giving us their time and loaning us their firearms. The range we used is a local club that supports a junior pistol team and was very accommodating, letting us use the entirety of the range and power for free. We were very fortunate to have connections to wonderful people.

Q. Can you describe your experience at the shoot? How was it recording the sounds in winter?

In a word: miserable. Both of us were working full-time at our university and would begin indoor recording every day after work at four and finish around midnight for about ten days. Our outdoor recording took two twelve-hour days. Both days it snowed heavily and was about zero Fahrenheit [–17˙ Celsius]. We hauled about a thousand pounds of firearms and gear in a toboggan a hundred yards or so into the field at the range. We had to use a pencil and calibrate levels with bare hands and had to do most of the shooting with at least one hand unprotected. Which, when you’re shooting a metal-framed revolver with a lot of recoil in zero-degree weather with your bare hands… let’s just say there was cursing involved. And yet, it was one of those experiences, if you know what we mean. A lot of fun, and a lot of pain.

Q. One of your original goals was to capture realistic silencer sound effects. What was that experience like, and were you pleased with the results?

A real suppressed gunshot has a very unique sound captured by nearly zero films we’ve seen. It’s harsh, and metallic, unlike the “pew-pew” we’ve grown accustomed to. And yet, aside from procuring a silencer, there is not much difficulty. It’s certainly an easier sound to record well than an unsuppressed gunshot. We think the sounds for suppressed gunshots turned out very nicely. They’re quiet enough that we could use an enclosed area, firing into a range, in order to further isolate the sounds without clipping.

Q. Based on your experience capturing the guns, do you have any tips for people new to sound who want to record sound effects, or organize a field recording session?

Plan. Plan, plan, plan. You’ll forget something. Equipment won’t work. Batteries die (especially in cold). You really need to sort out your power situation. Concerning firearm recording, weapons malfunction, you lose ammo in the snow, hot barrels melt snow which refreezes, making the firearm inoperable. Things can break. Fortunately nothing broke during our field recording, but it can quite easily. Other than that, it’s just a matter of getting out and doing it. Eventually you have to say, “maybe we’ve forgotten something, but we’re burning daylight, it’s time to move.” And know exactly what you want to record. Down to the most minute level. Brian drew up take sheets many days in advance which we went over and over. Out of our 700-something sounds, we only had to add half a dozen on the fly. If you’re renting, you’re going to want insurance. We rented almost $20,000 of audio equipment, so insurance was also expensive. Fortunately, no claims needed to be made!

Creating a Sound Library with Kickstarter

Q. A lot of blog readers want to create and share sound, but don’t know how. Kickstarter is a fascinating way of doing this. Can you share why you decided to involve Kickstarter in the recording process?

Simply, funds. Our ammunition costs were about $1500. That was ordering what we determined to be the bare, safe minimum. Our rentals for microphones and the 744Ts were about $3500. Then there were things like a heated blanket, a toboggan, gas, etc. It would have simply been impossible for us to fund this on our own. Kickstarter is a very well-known crowdfunding system, particularly for the film and gaming industries. It was our best option in order to make the library a reality.

Q. Do you have any tips for new field recordists who want to set up involved projects like the Kickstarter campaign?

You just need three things: a good project idea, a good video, and a good page. If your project looks good and is interesting, that’s really all you need. But a poor Kickstarter video/page can ruin an otherwise stellar project idea. It’s really all about presentation. And be very studious when determining your funding goal and have everything you are to record planned in advance. After our project was complete, we “made” about $500. It came out to about $0.75/hour of our time! So we were good with our budgeting, but just one little thing like “oops, we need to rent another Sound Devices!” would have put us well in the hole.

Q. Was it hard to get the word out about the sound library? How did you spread the news about the collection? For example, did the initial Kickstarter announcement do the trick, or did you need constant updates, posting to social media, etc?

Not terribly hard. First, we all published the Kickstarter link to our Facebook pages, tagging friends we thought would be interested (this includes people like family or distant friends who may just want to know what cool stuff we were up to). You’d be amazed how just a couple hundred people on Facebook can get the ball rolling. And that first 24 hours on Kickstarter is crucial. If people see your project being funded right off the go, it increases hype and enthusiasm. Then, we posted on lots of [Reddit.com] subreddits, like r/kickstarter, r/soundeffects, etc. What’s really cool about Kickstarter is it shows you what websites contribute to your funding. We got about $1000 each from Facebook and Reddit. We didn’t get much support on Twitter, although we did tweet and follow people of interest in the pursuit of promotion. A couple of websites blogged our project and that helped a lot.

Q. The project was received enthusiastically by many types of communities: film sound pros, field recordists, gun enthusiasts, and more. Can you share your thoughts on this? How was it working with the community?

The response was huge. Especially as our approach was fairly unheard of. Even the Kickstarter reviewer, before our project launched, suggested that a single reward of $1 was unlikely to get us our funding goal. So to see our investment in the quality of random people rewarded was extremely satisfying.

Q. After all was said and done, what are your thoughts on working with Kickstarter for a sound project?

It was a great experience. Our backers were for the most part completely awesome. You’ll always have a couple of people who aren’t one hundred percent satisfied, but that’s life. We also had great acclaim from idols like Charles Maynes, which helped bring backers in even more. All in all, Kickstarter is the way to go if you can’t personally put up the cash.

Q. What do you have planned for the future? Do you have any plans for other sound effects libraries?

We do, in fact! We have launched part two: The Medieval Weapons Sound Effects Library.

Many thanks to Ben Jaszczak and Brian Nelson of Still North SoundFX for sharing their thoughts!