You are here: Home / Resources / Listen to a Sonic Portrait of Hamburg, Germany 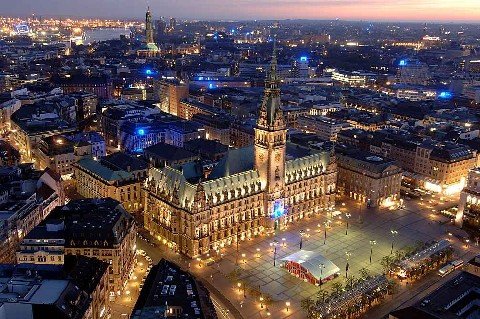 Earlier this year I interviewed Stuart Fowkes about his intriguing website, Cities and Memory. Fowkes’s site gathers field recording submissions from sound artists worldwide and places them on a soundmap. In an interesting twist, the site also introduces a collaborative aspect: other artists can remix the recordings and present the two versions side by side.

The concept brought the website a lot of attention. Now, Cities and Memory is hosting a project that you may be interested in checking out. It’s called Hamburg: A day in sound. What’s the deal?

A Creative Soundmap of Hamburg, Germany

Well, during a week in October, recordists captured the urban sounds of Hamburg, Germany. On November 3rd, 32 musicians and sound artists from ten countries will introduce their recordings over a 24-hour period.

The result? The idea is that these recordings will grow, combine, and reveal a focused sonic portrait of a week-in-the-life of a single city, both real and imagined.

An Exploration of a Week of Time

That’s an ambitious approach. How will a fixed week of time in one place will be presented across 24 hours? Will it be a literal snapshot of Hamburg? Will it be adapted? Will the events recorded during that week be presented via some kind of storytelling, perhaps in a sequence of events, or maybe an evolution of sound? Will that be built consciously, or will the recordings evolve unpredictably into something new? It’s a cool idea because it will show the potential for field recordings as precise as city atmospheres to grow beyond the moment when they’re captured.

It will be interesting to hear how much of the creator appears in each sample. Will the original field recordist’s work shine through? Will the adaptations display more about the artist’s interpretation, or a clearer image of the city?

We’ll find out soon. Check it out: the results will appear on their site on Monday from 12 noon GMT (translate to your time zone) on November 3rd to the next day at noon.