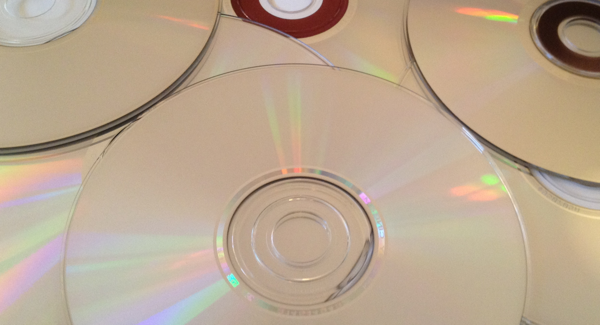 The Compact Disc introduced the first widely accepted digital audio format. It became popular partially because of improved audio quality. There were other reasons, too. Listening and accessing the audio was also far more convenient than the previous vinyl and cassette formats.

The Compact Disc has reigned as the dominant physical audio format since it was introduced to the public in 1982. Even in 2007, over 200 billion CDs were sold.

Of course, digital sound file delivery is overtaking physical optical disc shipments. However, the CD format set a fidelity standard that has lasted for over 30 years. In one way or another, this has affected every sound pro.

The Value of Improved Fidelity

I read an article today that made me reflect on how people in general perceive the value of audio. It’s a blog post by Marco Arment discussing the recent speculation about Apple introducing a high fidelity music format. One comment stuck out:

His cited links suggest that people are largely indifferent to increased audio quality. We need high quality audio in our projects. We capture high fidelity field recordings. Are we the only ones that care?

The Threat of Tech

That question suggests an idea that impacts field recording. People may or may not appreciate increased audio specs. According to the reports cited by Arment, there’s no guarantee improved audio quality has any effect on listeners. There’s two ways of looking at it: either people can’t perceive the difference in higher quality audio, or they don’t place much value on the difference when they do notice it.

I don’t know if either is true. However, this actually inspires a valuable idea. It suggests a shift of focus for field recordists: don’t worry about the gear, plug-ins, or tech specs.

Well, what should field recordists focus on instead? The content of their work.

The Risk of Technical Field Recording

Now, that would seem like common sense, wouldn’t it? Of course you’ll focus on the birds, race cars, and crowds you’re recording. That’s why you’re striking out into the world to capture them, right?

It’s true. However, field recording is framed by the gear we use. We cannot capture sound effects without using incredibly sophisticated technical equipment to even begin to capture the smallest sound clip. It requires years of skill and calm focus to do correctly. What does this mean? It suggests that using this gear always risks letting it dominate the emphasis of our field recordings at the expense of the sounds we pursue.

Part of the craft of field recording requires balancing tech skill with creative inspiration. We all head out into the wilderness hoping to capture those thrilling gunshots and chaotic jungle atmospheres. However, it’s inevitable: we’re consistently tempted to allow technique and gear to dominate our field recordings. Why? We need it. It must be operated skillfully to capture the best sound clips. That’s required, of course. However, it’s important to resist being tugged into a field recording craft framed entirely by gear, technique, session strategy.

How to Balance Creativity and Technical Skill

How do you avoid this?

I’ve suggested a few ideas to balance an audio pro’s dependence on sophisticated gear. My book Selling Creative Sound describes a way to capture field recordings unique to you alone. I call it your “Imprint,” and I’ve also written about it in earlier blog posts here and here. I also wrote about the effect of gear on the craft of field recording earlier, too.

Arment’s article is about music, of course. However, it’s interesting because it inspires broader thoughts about how audio affects listeners everywhere. It reflects on the effect of dressing up music with ancillary features on audio in general.

It’s the same for field recordists. It’s easy to get lost in the gear lust, stats, tech tricks, and session set ups that are required while field recording.

In this way, the article from Arment is helpful. It’s a reminder that people demand value beyond the sonic tech specs. They crave audio that only you yourself will provide: evocative sound effects that balance technical skill with personal creativity.