You are here: Home / Curation / An Introduction to Sound FX Metadata 2 – Beneath the Surface 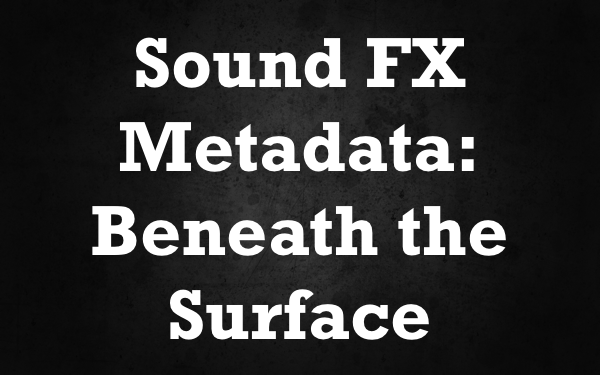 In the last article, we learned the basics of sound effects metadata. That article explored the nature and the shape of metadata. It looked at how sound clip metadata is applied, and how to use metadata with sound libraries.

That began a foundation for using metadata. Applying metadata in any form will instantly add new scope to your recordings. What’s interesting about metadata is that with just a bit more digging you’ll find it becomes increasingly powerful.

So, today’s article is for those of you who want to delve deeper. I’ve included three concepts that explore how metadata affects field recording and sound libraries in particular. They are:

The goal of today’s post is to share new ideas that will help you think of metadata differently.

I also want to provide a concrete tool you can use on your sound libraries right away, too. So, in the next article, I’ll include a list of recommended metadata fields for basic, advanced, and pro sound libraries.

Brew a coffee, and join me for a deep look beneath the surface of sound effects metadata.

As we read in the last article, metadata can be used for photos, text documents, and more. Metadata is different when it is applied to field recordings and sound libraries. How? There are three reasons:

Metadata assigns endless amounts of text data to every sound file in your library. This can include detailed descriptions of a track, keywords, and more.

But what about metadata like “recordist,” or “microphone?” It makes sense that we use fields like “track name,” or “category.” Those are common, and frequently used. Then what’s the point of filling out fields like “location,” and “recorder type?”

It’s true, people don’t commonly search those fields. However, they are still extremely important. Why? They add context to a sound file. Context adds incredible value to a sound effect. How?

It has to do with the way we make decisions. Only part of our decisions are decided from “hard” facts. Decisions also rely on interpretation. For example, we may have no direct experience that a glowing-red piece of metal will hurt if we touch it, but it looks threatening enough not to risk putting your hand on it.

It’s the same with sound effects. Hard details such as sampling rate, bit-depth, and duration provide only part of the story. The “description” or “track title” have relatively factual information, but they also rely on a bit of imagination. Consider a file named:

You may not have been to New York, but with that info you can imagine how the clip will sound.

Now, imagine you scan the rest of the metadata fields. You see the “location” metadata field is “Times Square.” And, you notice that the “microphone” is a “Shure SM57” mic (typically used for vocals or music instruments). Perhaps there’s a photo of the scene embedded into the sound clip. Now, just by browsing the metadata, and even without hearing the sound, this “soft” information provides a richer sense of the sound clip. 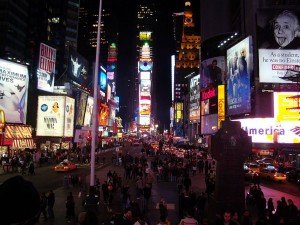 Metadata beyond fields such as “filename,” “track title,” and “category” add great value to a sound effect. Ample metadata provides context, and allows for “inference.” They provide value to a search beyond just the stats. This “soft” information is essential to help us make decisions, and choose the perfect sound effect.

Incidentally, this is why more metadata is always better. Additional info helps find sound files that would otherwise be lost within the thousands of tracks in your collection. The more metadata you have, the better your decisions will be.

Next, let’s consider what we know about sound files. The most basic way a sound can exist is in two parts: the audio, and a sound file’s name.

When we think about sound files, we typically only imagine the sound we will hear. That makes sense. In reality, though, the audio itself is only partially important. The other vital part of a sound is its name. How important is a sound file’s name? Lately, I’ve been thinking a sound file’s name is 50% of its worth, perhaps more.

Fifty percent? Isn’t that a bit high? Surely, the audio itself should be far more important. After all, without the audio, we would have a useless file, right? That is true. There are two considerations, though.

Fine, but what’s all this talk about file names? Isn’t this article about metadata? Yes. Think about it this way: a superior file name allows a sound effect to be understood more efficiently. Metadata is an extension of the filename: it’s more text information that’s used to help decide if we want to use the file. Metadata takes the information in a sound file and supercharges it. Imagine how much more powerful your sound library becomes when it adds dozens of fields, and hundreds of words. That allows you to search, scan, and select sounds, and more importantly understand or consume the sound incredibly quickly.

After all, metadata is only really valuable for data that can’t be immediately consumed. A text file containing only one word (“cat”) doesn’t require much metadata. After all, you can see the contents quickly. Example metadata could describe its category, and file size. Where metadata really shines is with data that can’t be experienced quickly. That’s why metadata is incredibly important to field recordings. Field recordings are information that require a long time of listening to consume fully. Metadata helps us understand sound effects quickly.

Metadata is essential to the craft of field recording. How can this be? Isn’t field recording about finding and capturing audio? Yes, of course. That’s vital. It’s easy to imagine that field recording completes after our recorders power down, and our kits are packed away. In reality, capturing sound effects has a longer reach than what occurs in the field.

Field recordings are meant to be expressed. Their value increases when they are shared. That’s what they’re meant for, after all. There’s no sense in recording your track of booming, cresting surf if it remains burrowed in the depths of your hard drive.

I spent over a decade working with sound effects and music web shops and libraries such as Sound Ideas, Sounddogs.com, soundsnap.com, sound-effect.com and others. I saw how powerfully metadata affects how sound is shared, and received. How does it do this?

Well, these companies exist in the pressure-cooker of capitalism, and the mercenary arena of e-commerce. On the web, of course, it’s quite simple for someone to abandon one shop for another by merely tapping in a new web address. It’s a brutal, take-no-prisoners business. The point is that these companies need sales to survive. So, for them, the quality of the sound is only part of their merit. The other aspect is whether or not sound effects can be found. After all, if enough visitors can’t find the sounds they want, sales won’t be made, and the web shop will die. This is even more alarming if the ideal sound is actually on the Web shop, but can’t be found.

Working with those companies taught me what sounds are considered appealing. More importantly, I also learned about how sound effects are selected. Sounddogs.com, for example, has hundreds of thousands of sound effects. Visitors see a detailed description for each sound. That description combined the metadata fields “description,” “category,” and “subcategory,” but only if they were provided to us. Those publishers that did, had rich sound clip descriptions. They were the most popular. Other sound effects with weaker metadata languished, and rarely sold. 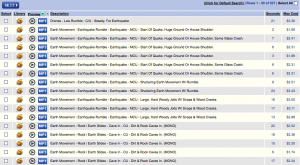 À la carte sound effect web shops are a great way to gauge how metadata works. If the metadata is abundant, sales will increase. At sounddogs.com, we could immediately see which metadata worked the best: the clip’s sales told the story.

That was a way of using sales to discover how metadata affects the final stage of field recording: sharing sound effects. It’s the same with your sound library, too, though. Metadata is essential to for you and your fans to find and use your field recordings. And, after all, if your sound effects can’t be found, and aren’t being used, what’s the point of capturing them in the first place?

Incidentally, I chatted with the Tonebenders about this idea a few years ago.

The Depths of Metadata

Do you really need to know how metadata affects sharing, context, and inference? It’s true, today’s post got down and dirty with metadata. But don’t let that stop you from using metadata with your field recordings. Metadata isn’t a black-and-white choice. Take the ideas here and use the ones you like to strengthen your own sound collection.

Diving deeper into metadata strengthens your sound library. Exploring metadata’s complexity provides power to help you do your job as a sound pro more quickly, and easily.

After all, when metadata is done right, it makes searching and maintaining a collection easier, faster, and smarter. That effortlessly slips your field recordings into your projects, and into the ears of your listeners, and your fans.

Up next: a list of what metadata fields to include for basic, advanced, and pro sound libraries.