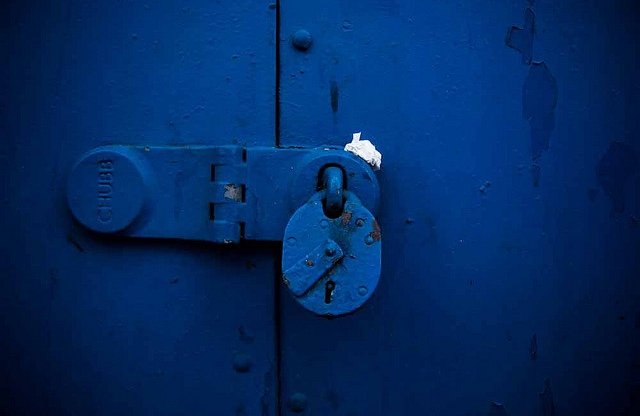 My first Hollywood field recording gig was working on Michael Mann’s biopic, Ali. Greg King and Rob Nokes of Sound Dogs LA were in a jam. A scene in the movie had thousands of people crammed into a boxing arena shouting a vicious chant: “Ali boma-ye!”

Such a unique phrase couldn’t be decently recreated in an ADR theatre, of course. As luck would have it, Ali’s daughter, Laila, was fighting near me in upstate New York. The Sound Dogs told me to get down there. We hoped that the crowd would repeat the chant for the crucial scene.

At the door, however, security took one look at my recording kit and told me to turn around. The press pass production had supplied me wouldn’t let me into the arena.

The tracks eventually made it into the movie, and I’m grateful to Greg King and Rob Nokes for the opportunity to work on the film. I’m also thankful for that gig for another reason. I didn’t realize it at the time, but that experience taught me about a skill that is vital for field recordists to learn: working with gatekeepers.

What are gatekeepers? How do you work with them? I’ll include ideas on that, today. The post will also feature a special guest who will share his thoughts on the topic, too: field recordist and Tonebenders pro audio podcast co-host René Coronado. René kindly agreed to describe his experiences working with gatekeepers for his recent library releases for the Echo | Collective: Fields web shop. Together, we will share tips on how you can work with gatekeepers to capture the sound effects you need.

Field recording is different from all other forms of sound recording. One way in particular shapes the sound we capture: field recording allows us to work beyond the studio. That allows us to capture sound effects with unlimited freedom. An entire world of sound is waiting for us, after all.

That may lead one to believe that capturing the best clips is just as simple as strolling to an area and stabbing the record button.

That’s not the case, of course. When sound recording leaves the studio, it introduces a number of key differences. The most important of them is that audio recording becomes filtered. What do I mean?

Well, capturing a clear, ringing bell hit in a studio has its challenges. However, once we step outside the studio, the difficulty increases. How?

A number of layers or filters step between our recording kit and capturing that shimmering bell hit. Many of these are obvious: planes flying overhead, chattering pedestrians, and distant highway traffic. I call these “problem sounds”.

Another filter to capturing perfect sound effects is permission, or access. Last year I recorded the Honda Indy in Toronto. Track policies forbade recording equipment at the race. One way for a field recordist to accommodate for this is by working covertly with stealth recording. Another way to capture these sound fx is by is working directly with the people responsible for granting you permission: gatekeepers. 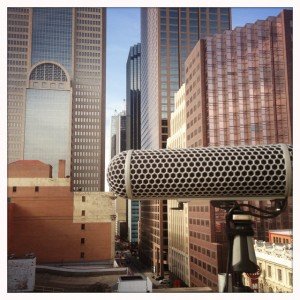 Who are these people? I mentioned this term in my book Field Recording: From Research to Wrap. Simply put, gatekeepers allow you to record the sound effect you want. They may grant permission to a location, or a particular prop or tool. They may give you access to talent you need to work with, for example actors, celebrities, or specialists.

For example, a gatekeeper may be PR or media staff that give you a press pass for an auto show. They could be maintenance staff that unlock the door to record some cool turbines. They may be a friend that connects you with the local hang gliding community.

Gatekeepers vary. They may be seasoned pros (PR for a Formula 1 race), or your best friend’s dad. They may be casual, formal, or corporate gatekeepers. What they have in common is that they are the filter between you and the awesome sound effect you must capture.

Why Gatekeepers are Important

That suggests an interesting point: without gatekeepers on your side, you won’t be able to capture your sound effect as well, or at all. Bypassing the local gun club president and striding onto the target range yourself introduces more complications than it solves. Slipping into a NBA game to capture crowd cheers without permission? Chances are security will spot you and toss you out.

It can be frustrating working with gatekeepers. After all, they’re holding you back from capturing that cool sound you need, right? That’s true. Remember, though, these people have earned their positions through years of dedication. Field recordists must respect that, and play by their rules. 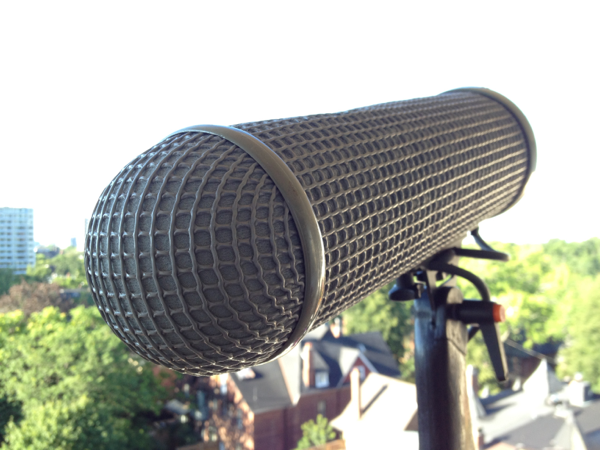 How to Work with Gatekeepers When Field Recording

How do you work with gatekeepers? Use this five-step process:

Again, there’s much more detail in the field recording book, if you’re interested.

The idea of gatekeepers has been tumbling around in my head again ever since I mentioned them during a lecture at Sheridan College.

Not long after that lecture I read a great post about Echo | Collective: Field’s new sound libraries on the A Sound Effect blog. In that post, René Coronado of Dallas Audio Post mentioned his experience recording sound effects in two challenging locations: sport arenas for his Pro Hockey Crowds collection, and rodeos for the Texas Rodeos and Ranches package. They both had one thing in common: the libraries depended entirely on working with gatekeepers.

I reached out to René to ask him to share his experiences working with gatekeepers with you. 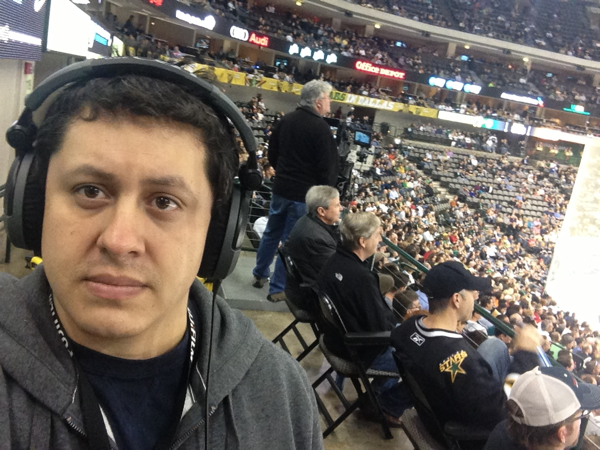 Getting access to pro sports arenas is not an easy task. Yet, René was able to record entire NHL games, and build a sound library with over four hours of field recordings. How did he manage this? The key, Coronado shared with me, was time.

Coronado had worked with the Dallas Stars for almost ten years. “I was the backup music guy for the games,” he wrote me, “I watched hockey from the best seats in the house, [and] learned the nuances of game flow on the entertainment side.”

That meant a press pass was already part of his work, too. “I do all of the open videos, TV spots, and radio spots for the Stars,” Coronado mentioned. “I get a season-long press pass every year, and I frequently go to games not only to record, but also to check out certain mixes in the arena and make tweaks as needed.”

He became friends with the production and arena crew, and his access broadened. “They pretty much let me have the run of the place as I need it.” 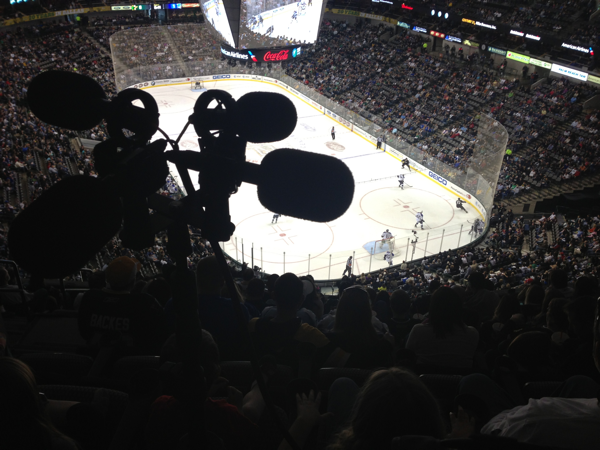 Coronado worked a similar angle for his rodeo recordings. While working on radio spots, Coronado found himself reusing the bull roar from Sound Ideas Wild World of Animals disk 9, and wanted fresh recordings.

His clients, the Hicks Sports Group, was owned by Tom Hicks, also owner of the Dallas Stars, the Texas Rangers, and the rodeo Coronado had in mind. Because of this, René “managed to convince the producer to let me in and get some new stuff for his radio spots.” That allowed him direct access to the rodeo, something not possible if outside advertising agency people were producing the spots.

Coronado noted this difference while recording and editing voice prompts for the Dallas Area Rapid Transit (DART) trains. He needed bells, doors, and onboard train recordings. He asked his client for access.

While the Hicks Sports Group had a close relationship with the spot producers, DART’s relationships between departments were more corporate. Coronado noted: “My client didn’t know the person in charge of media relations well enough to be owed a favor, and DART has a very rigid and onerous media availability process that is really only practical if you’re shooting a big film using one of the trains.” As a result, René had no official access.

Coronado assembled a pair of Line Audio CM3s in ORTF inside a Røde blimp, and set it on top of a messenger bag. Using this stealth kit, he rode the train, sat on a bench on a platform to capture arrivals and departures, and discovered a spot near the tracks to record high speed pass bys. “After a day or two I had all I need for all of the DART work I do to this day.  I was never hassled by security.”

Not every field recording gig requires bureaucratic approval, though. Tracks for his Texas Rodeo and Ranches had more informal gatekeeper access. A voice actor friend of Coronado’s owned a horse ranch. “She was always talking about how the horses were doing when she would come in for a session, so one day we just set up a time with her to go get some sounds.”

What’s the best way for new field recordists to capture sound effects tucked behind filters, or gatekeepers? It’s all about grasping opportunities, Coronado wrote me: “The other primary thing is to keep you ears open to access opportunities, then pursue them and show up.” 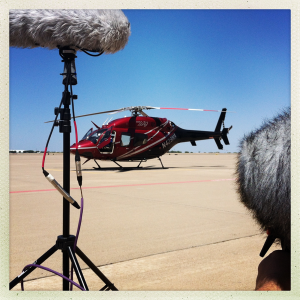 Part of this is being intrepid, he suggested: “I recorded an oil derrick in west Texas just because I drove up to with with my gear in hand. I got to record the implosion of Texas Stadium because I woke up at 5 AM and went to the site. The office one of my clients works at has a large printing press operation. I was out there the week after I learned it existed.”

Also, Coronado suggested that working with gatekeepers is partly about knowing the right people: “I got access to the Bell helicopter training grounds up north of Forth Worth because a person that runs that facility goes to the same gym as one of my coworkers.”

A Responsibility to the Sound Effects

Getting past gatekeepers is tough. René mentioned that when he sees an opportunity to work with them, he seizes it. He wrote about recording the arena hockey games: “I recognized a while back that I had very unique access to the facility and to the games, so it kind of felt like it was my responsibility to get out there and make the definitive hockey crowds collection, and to make it widely available.”

The same occurred with the ranch recordings: “The open door was all the reason I needed to go out there on a weekend and spend the day with her animals.”

He noted the powerful effect these gatekeepers have on recordings. He reflected upon the hockey collection in particular: “Really, that library exists solely because I have access to the arena,” he wrote.

Overall, Coronado suggests being dauntless is key: “A lot can be said for just showing up and looking like you know what you’re doing,” he wrote me. “People say no sometimes, but they can’t say yes unless you call them up and ask.”

Many thanks to René Coronado for sharing his experiences working with gatekeepers!