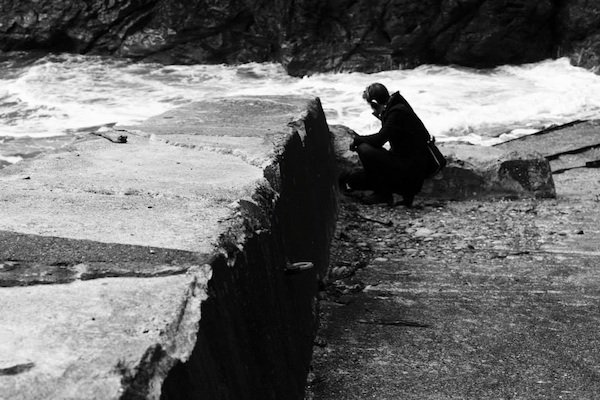 Well, like any creative field, working in a new environment ignites your senses. It will shock your ears. You’ll hear new sounds, and your creativity will respond with fresh ideas. It’s a challenge. A dramatically different location, such as being in a new country, amplifies this. Also, the best ambiences have potential to transport listeners to a place they’ve never been, via sound alone.

A new website, Cities and Memory, focuses on these types of field recordings, and adds a twist. I spoke with its curator, Stuart Fowkes, about a new way for you to share your sound effects, grow your craft, and embrace a new type of creativity.

Field recordings are usually experienced divorced from the original time and place where they were captured. You may record a café crowd in New York City, but a listener may not know that, or care. Most of the time, that is what field recordists want. Why?

Well, separating field recordings from time and place gives them flexibility. That, with full coverage, is the aim for most professional field recordists. It gives their tracks utility. That means more people can use those sounds in games, theatre, commercials, and films.

This is why, when Cities and Memory was launched, I was intrigued for its impact on the field recording community.

What is Cities and Memory?

Including Time and Place with Field Recording

I asked Stuart Fowkes how he began field recording.

“I started out with sampling around ten years ago,” he wrote, “spending hours at a time surfing TV channels and scanning through radio dials, recording any interesting snippets I came across by chance.”

“I refused to use any preset sample or drum sound,” Fowkes said. Instead, every sound he used was created from scratch and woven – either obviously or as manipulated sounds – back into the tracks. Other bands followed, including the recent Listing Ships. That project applied a nautical theme to the music, song structure, recording location, and artwork.

Fowkes explained: “our last releases were recorded in an RNLI lifeboat station and on an uninhabited island off the coast of Wales. A big part of both was taking field recordings from the locations and weaving them back into the songs.”

As I mentioned above, it’s common for field recordings to be used in projects completely different from the context in which they’re captured. Fowkes’ perspective was different. He brought context into his music. It was Fowkes’ experience of “taking something of a time and a place back into the music I was working on” that led to a new project: Cities and Memory. 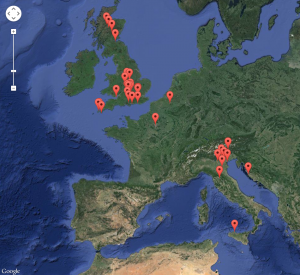 The site began with Fowkes’ interest in maps.

“I’m very interested in mapping more broadly, and how it’s always necessarily a subjective art that presents the world from a particular perspective,” Fowkes said.

“I knew that I wanted a mapping aspect to this,” he explained. It was simply the best way to browse, navigate and sample location-based content.

Instead, he wanted to create a new type of soundmap: “I became interested in the idea of creating new places that couldn’t exist out of real sound recordings – for instance, combining the sounds of the Grand Bazaar in Istanbul with an English country garden to create an impossible, but still enticing sound environment.”

He drew inspiration from Italo Calvino’s Invisible Cities. In that book, Fowkes noted, “Marco Polo is describing his amazing travels to Kubla Khan, describing fictional cities by their remarkable characteristics and people. It becomes clear that in every instance he’s talking about his home city of Venice, and that places are completely different for every individual, according to how they experience the place subjectively.”

The result? The website Cities and Memory, which takes its name from the book. Fowkes’ goal was to create “a place where there are two sound worlds coexisting simultaneously, and in which each individual’s imagination can come into play in terms of re-imagining how a place could sound.”

That would be interesting enough if the site displayed one person’s work. Cities and Memories, however, allows visitors to listen to sound fx from recordists worldwide. Anyone can submit a recording to the website.

I asked Fowkes what makes a good submission. He wrote: “Ideally, contributors would send in both the field recording and their own interpretation of that place, so it’s two sounds at a time. But, in practice not everyone wants to do both parts.”

That gives the opportunity for both types of audio creators to participate in Cities and Memory. Field recordists may submit their tracks. Sound designers more comfortable in the studio can focus on remixing those tracks. Fowkes, as well as others, have remixed field recordings on behalf of other recordists.

Creating Submissions for Cities and Memory

What is an ideal field recording submission?

“It should try to give something of the individual character of that place and time,” Fowkes wrote. “Is there anything unique or unusual about the sonic environment? It’s easy to come up with lots of rushing water or flowing traffic sounds, but what is it about that place that you’re trying to capture? It doesn’t have to be something you could only hear there, as realistically there are very few completely unique acoustic environments, but there should be something interesting about it.”

I like this idea. In an earlier article, we saw how you can add personality to your sound effects. Famed editor Walter Murch cut picture by finding the most important moment of each scene, and placing it at its centre.

Fowkes suggests highlighting a similar focus: “in every recording there’s something that will leap out at me, a particular detail to the sound. For instance, I recorded inside the Duomo in Florence, and assumed that would be the standard big, reverby recording of a grand religious institution. But, listening through headphones, I picked up the squeak of hundreds of pairs of trainers around the room – something I really wasn’t expecting to hear or to stand out so far in the space. So I used that, and tried to draw that aspect out in the remixed version. Usually it will be this detail or this characteristic of the sound that I’ll base the remix on in some way as a starting point.”

Regarding the remix version, it’s flexible, Fowkes adds: “so long as it contains or is based on the original recording, anything goes and variety is one of the great things!”

Fowkes suggests going beyond adding reverb or changing speed. “The really successful ones are full of imagination and creativity. A recent contribution from LA took two recordings that happened to be almost the same BPM and laid them on top of each other to create a completely new place.” The Cities and Memory remixes are full of variety: “I’ve had piano improvisations, poetry readings, full electronica pieces, vocal cut-ups, ambient re-workings and all sorts of other things so far.”

Cities and Memory links field recordings to precise locations such as London, Florence, and others. That means you can share your field recordings of your favourite sonic places with others, worldwide. However, the site also introduces other cool concepts.

The idea of remixing your tracks allows you to reinterpret your field recordings, or twist the perception of an actual location you visited, via sound.

Also, you may allow others to remix your tracks. That presents an interesting challenge: releasing control of your work for others to manipulate. It adds another layer of creativity to your field recordings: building a new track upon your original.

As Fowkes put it, “what excites me is the infinite potential and possibility with the project. Not only is any place in the world at any time able to be mapped, but every individual’s approach to remixing or reworking the sounds will be different. It’s really a limitless sonic world that can be drawn here, not just by me, but by any contributor worldwide.”

Many thanks to Stuart Fowkes for his time and for sharing his thoughts.