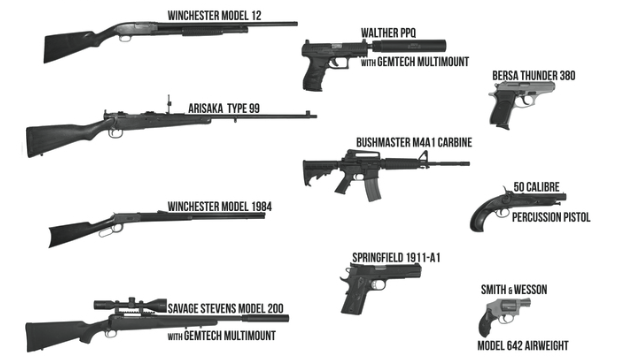 I’ve written in the past about sharing sound effects using Kickstarter projects. Kickstarter is a fantastic way to fund ideas and work with fans and your community.

I discovered a cool sound effects Kickstarter project earlier today that I’d like to share with you.

Kickstarter, of course, is a website that brings together entrepreneurs and fans (known as “backers”). The entrepreneurs present an idea: a play, a book, an iPhone adapter, or whatever. They list the cash goal they need to complete the project. Backers support the project by choosing one of many reward tiers. Each tier costs more, but provides increasingly tantalizing benefits.

If the project reaches the goal, backers receive their rewards. If not, then everyone who invested is returned their cash.

The Firearm Sound Library is an idea proposed by Ben Jaszczak of Houghton, MI. He and some other ambitious folk are planning to record a number of firearm sound effects for a film sound library.

It includes weapons with silencers, as well as the standard gun shots. Weapons planned include:

The project plans to capture all elements of each firearm:

if it is physically possible to make one of these guns create a sound by firing it or moving any of the working parts, we’ll be recording it. Loading and unloading. Safeties. Triggers. Magazines. Slides. Every single click, scrape, and bang.

All recordings are planned at 192 kHz. They mention using seven microphones. However, it’s unclear what resolution, file format, and microphones they are using. I’ve left a comment on the page to find out more.

They also will include media to explain how the guns should be properly used, which will help sound designers choose and cut the right sounds for their projects.

They plan to deliver the library in February, 2014.

And how much will all this cost? There’s only a single reward tier, and it’s one dollar.

We had a long, drawn-out discussion as to what prices we would set, which rewards to have, etc. In the end we realized something: we’re all poor college students…and our hope is that other poor college students like ourselves can benefit from our work. In order for that to happen, we need this library to be affordable. Extremely affordable; as affordable as it can be. That’s right…if we meet our goal, this library will become free for all to use.

Recording gun sound effects is incredibly tricky. Will this library meet the quality of other pro firearm sound libraries out there? At $1, it’s not much of a risk to find out.

I’ve already donated. The price is right, of course. Also, I think that more sound effect Kickstarter projects are a great idea. I hope this project is successful and will encourage more, similar projects from field recordists worldwide.

Check out the Firearm Sound Library on Kickstarter.