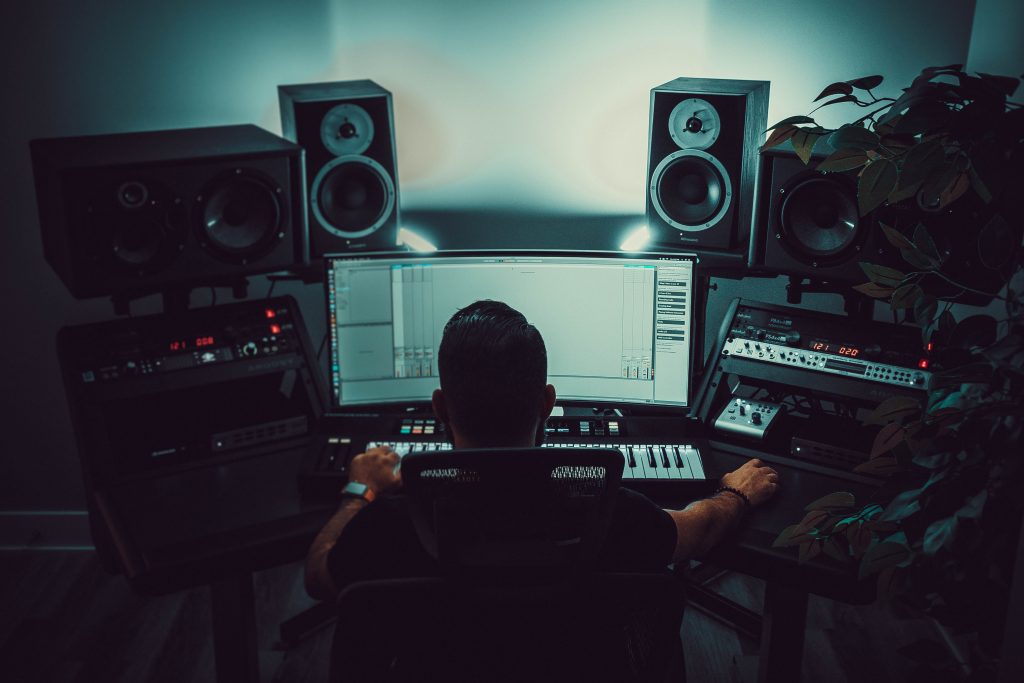 I wrote about four organizational mastering tips to keep your session tidy, and help work smoothly.

Here are two final organizational tips I used while mastering the Indy files. They both use markers, so, in a way, they’re similar. The difference is how their used.

I’m sure many of you use markers. I use them especially liberally. Markers take a bit of time to set up, but they’re invaluable. How?

In theory you could do all this by renaming the sound files themselves. However, that doesn’t convey the visual advantages of markers. Also, names can easily become fragmented and jumbled, in Pro Tools, anyway.

Markers are a great tool to speed up your mastering.

I leave editing breadcrumbs to mark the trail my mastering has taken. I do this for every batch of similar clips: recordings at the same perspective, location, or mic settings.

Mastering a sound effect may involve simple editing: trimming, fading, and chopping and closing up segments. It can also involve filtering, and creative processing. There are dozens of steps a single recording may travel through to reach its final, polished file.

For example, I may find the second half of a cafe crowd track begins with a catchy conversation I’d prefer to use to introduce the track. I’ll swap the first half for the second, and move that chat to the front of the file. Some of the traffic from outside is bleeding into the track, contributing a deep rumble. I’ll filter this out with some equalization, perhaps rolling off the low end. Maybe there’s a distracting tone at 120 Hz, so I’ll notch out that frequency. Let’s say the crowd is quiet, prompting me to raise the level of the track. If there’s hiss, I’ll create a noise profile to delicately extract it over a number of careful passes.

For fun, let’s say I want the crowd to sound wider. I’ll expand the stereo width with a plug in, arranging settings to avoid phase issues. Maybe I’m feeling particularly creative, and apply some reverb to change the shape of the sound.

These are just examples. My point is that mastering a single track requires many passes over the same span of audio. I keep track of each of them with breadcrumbs. I list each step in Pro Tools marks. This helps me refer back to every step I took, in the order I performed them.

Pro Tools marks live apart from the audio regions. This is helpful, because it maintains a record even if the audio is shifted around, or lost.

I know. That looks like a lot of work. Why bother?

Well, it’s easy to cut the tracks, master them, and move on to the next raw clip. That’s tempting, especially if you have hundreds of tracks to complete.

It’s also true that you won’t need these notes after the track is finished. However, that’s not why they’re there. Why use them?

Breadcrumbs are a list of a recording’s problems, and how you fixed them. Breadcrumbs help you recreate your work. Why would you need this?

Notes help keep things understandable, especially in complex sessions. You may venture out and return to the same location to record more tracks, later. The breadcrumbs will be an invaluable guide to processing similar audio again.

There are other reasons. Maybe you notice an error only when you use a clip in a project, two weeks after mastering is complete. Perhaps it’s fine, but you notice you could tweak it further. Maybe (gasp) the files were erased, and you must cut the raw tracks from scratch. You’ll need to return to your original recordings to recreate your work. Breadcrumbs save you the agony of rediscovering your settings. They’re already listed in your breadcrumbs. Just apply them, and the work will be complete in seconds.

Breadcrumbs are also helpful for adding details to metadata later.

If you’re careful, you won’t need to revisit your tracks. But when you do, these notes will be invaluable. Breadcrumbs help you recreate your mastering instead of repeating your work, guessing your decisions weeks ago, and dithering with endless plug-in settings.

A large part of mastering is custodial: we’re polishing every crevice of an audio file. Why? Field recordings are meant to be shared. They’ll be put on display. Mastering prepares them for the rest of the world.

Content tricks, on the other hand, ensure that the substance of the track itself dazzle and amaze your fans.

I mentioned in my introduction to sound effects mastering that I edit in passes. I dedicate one pass specifically to check fades. I don’t listen to anything else. Just the fades and a few surrounding seconds. I listen for:

I preview every fade in my mastering sessions separately. It’s easy to do, and only takes a few minutes. Here’s how:

Just the same, I put a lot of time into my fades. To me, head and tail fades serve the same function to a sound file as an introduction and afterward does for a book. They’re not entirely vital to the rest of the novel, but they lead the reader into and out of a book gently. I think of fades doing the same for mastered sound effects.

I mentioned mastering in “passes.” During these passes we’re focusing on removing flaws, tweaking audio, and applying plug-ins. Those are technical tasks. It’s easy to get caught up in the practical aspects of mastering sound effects: cutting, closing up, applying fades, EQ’ing, compressing, bouncing.

I reserve a separate day and pass just to listen to the audio and think about it differently. For every clip, I ask myself:

“Does it add to my library?”

I listen to the sound effect to decide if it will enhance my collection, or just add bulk. A merely sufficient track isn’t good enough. You only want clips that excite you and impress you. This will do the same for your listeners and fans.

That may mean you must delete some of your work. For example, I pulled out 15 individual IndyCar passes from a longer race ambience. They were all technically fine. And they were race cars that are hard to find and record. I was tempted to keep them all. However, many of them sounded similar. I kept two, and deleted the rest.

Why not add all the clips you can? Multiple similar tracks exhaust listeners when previewing. Nobody looks forward to sourcing tracks from a boring, tedious library.

Fewer, but gripping sound effects strengthen your collection instead.

Mastering sound effects is a technical craft. It’s easy to slip into a methodical routine when cleaning audio. However, it’s important to think critically when mastering. It’s just as important to use any trick we can to make work easier.

We do this not just to get the work done quickly, so we can rush out to happy hour at the bar. Mastering tips, even the simple ones, have a hidden advantage. They free up your mental energy from drudgery and monotony. Instead, you’ll find you will do more: add polish to sound clips so they become more creative, impressive, and meaningful.

They will help your collection shine. 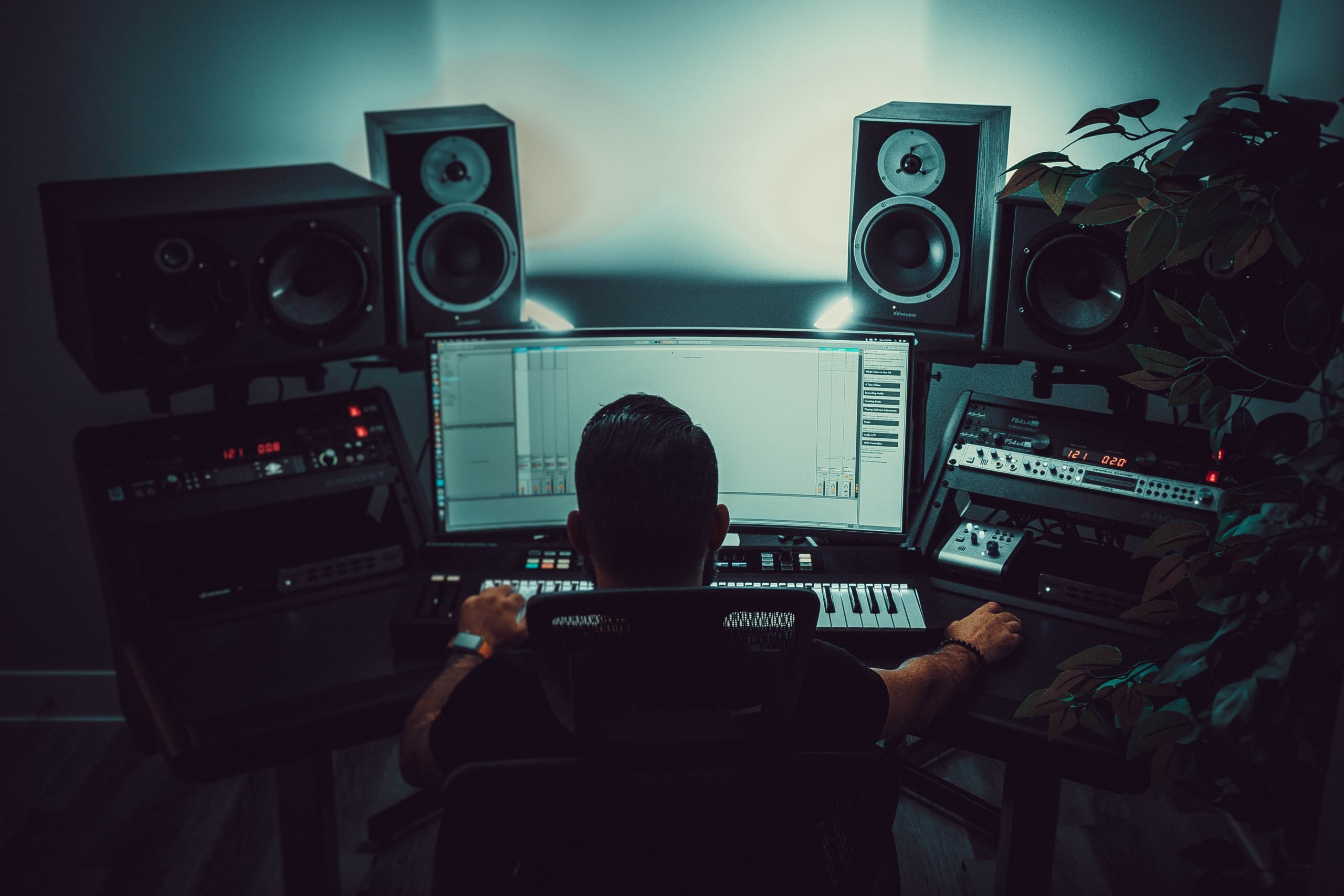