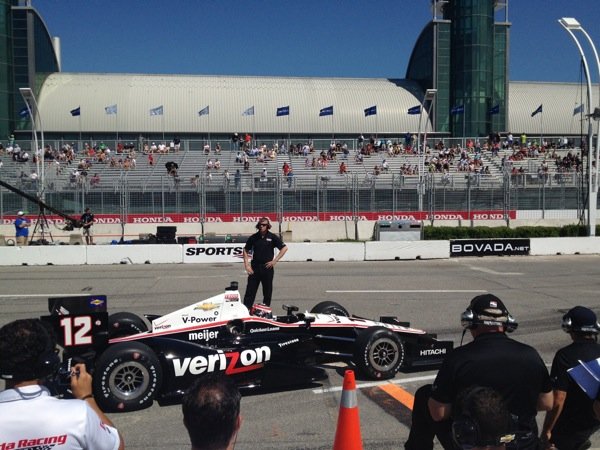 Yesterday I shared some ideas on how to grow into recording complex sound effects. The idea was a three step process:

Today I’ll describe how I put those ideas to work in a session I completed last summer: recording the Honda Indy.

I’ve recorded racing sound effects before. My first was an F1 race in Montréal. The second and third were Indy races, in 2010, and 2011.

I returned to the Honda Indy in July, hoping to put those three steps to work.

I had recorded the Indy before, so I had a good idea of what to expect. However, I those sessions were brief, and I wanted to record more. I revisited my research, and discovered three substantial challenges:

I used the research to map out the location. I’ve marked the hazards on a Google Map, below. The black line is the race path. The blocks of colour show problem areas. Click on them to see what affected recordings there.

The result? Despite the size of the 2.8 kilometre (1.8 mile) race track, I was left with only slivers where I could capture decent recordings.

That was compounded by the fact that I felt as if I was recording in a cage. The noise and security issues didn’t allow much freedom of movement, or an ability to deal with problem sounds.

I turned my attention from the race grounds to my target: the races and cars themselves.

I learned that the races were part of The Road to Indy. That’s a path a driver takes from junior races to professional ones. Four of the five race types that weekend were part of this circuit.

I brushed up on racing flags to get an idea on the action I’d see from trackside. I found which races included a parade lap and a rolling or standing start. That would help me learn what to expect, move to capture the differences, and list them in metadata when mastering afterwards.

I learned about the cars of each series. This was the fun part. 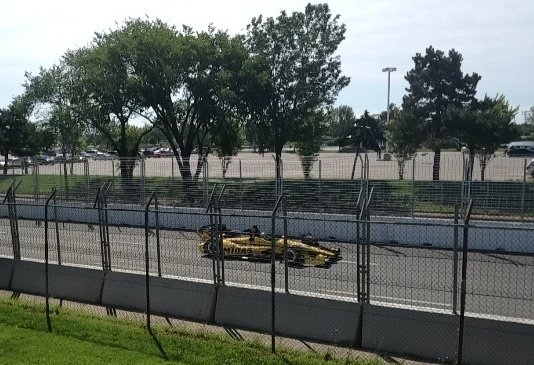 How do you record race cars, and races? What makes one car different from another? How could I bring personality out of the recordings? What would an editor need to cut in race car tracks?

To pull off the recordings successfully I needed to capture distinctiveness well, all in a location that was mostly out of my control. How could I do this?

I decided to break the session down into voices. What kind of voices?

Each race has strict specifications for the cars: RPM, top speed, weight, design, and so on. Each of this I knew would contribute to a unique sound.

I thought about cars in general, and race cars in particular. I pulled every aspect of their sounds apart into their smallest kernels.

How did I find these sounds? I asked myself these questions:

In the end I came up with five categories, each with many variations.

I did the math. Fourteen maneuvers for three race type performances, each with five depths of density and two perspectives, all for five race cars. Assuming success on every attempt, that would be 2,100 takes.

What was I getting myself into?

Thankfully I had three days to get the job done.

So, I was armed with all the information I needed. Here’s what I did:

I captured over 16 gigabytes of raw material during three sun-bleached days. Here are photos of the shoot, and audio examples. 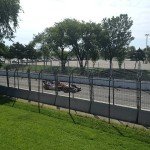 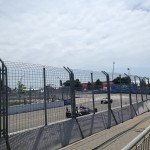 Position: between turns 8 and 9 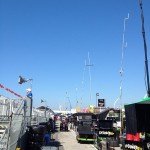 I had the pit lane to myself 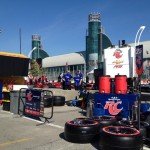 A team area on the pit lane 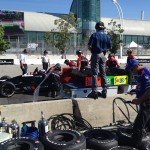 Prepping before a race 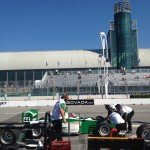 Prepping before the race 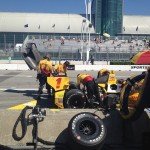 A pit stop luckily arrived directly in front of me 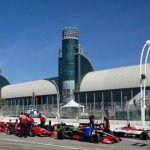 Preparing before a race

Pro Mazda vs. US F2000. Note the distinctive whine of the Pro Mazda take, as compared to the characteristic buzz of the US F2000.

Note the measured passes in the qualifying take, compared to the energy of the race clip.

Compare the glide of the straightaway cut (after turn two) with the tense deceleration take as they enter turn three.

Analysis gave me scope for the shoot. I wasn’t stumbling blindly into the location. I was forewarned about the differences between the cars. Together they presented thousands of takes I could choose from.

Surely one can get lost among that many takes? It’s possible, I suppose. But the amount of takes was also good news. I had as good a chance of capturing distinctive material as hitting the broad side of a barn with my rycote. There was so much variety that I couldn’t help but capture something interesting. That’s one of the immense benefits of using analysis and articulation when recording. Your options expand.

The result? My perspective changed from being swept under a wave of challenges into a simpler task of scooping cool sounds from an endless sea of audio. Instead, the challenge became: could I record it all?

The sound effects hadn’t changed. They remained challenging subjects. But, with a shift of perspective, some analysis, detailed articulation, and time, tricky sound effects became as simple to capture as the doors and traffic around us.