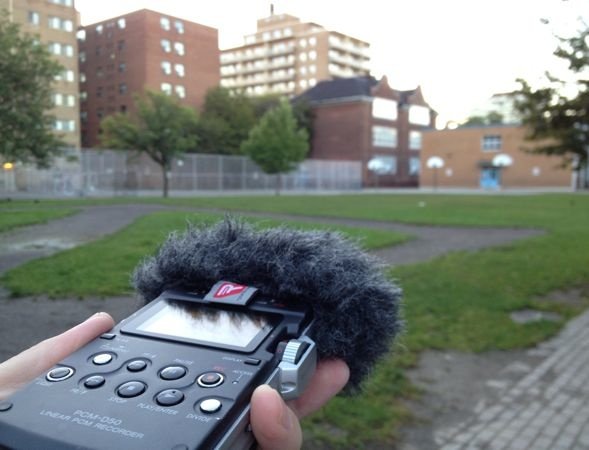 I’ve mentioned before that my favourite field recordings are sound effects of cities, countries, and cultures.

So, I was quite excited when I discovered a community field recording project designed to capture precisely those sound clips.

It’s the World Ambience SFX Library. It was first mentioned on the forum Audible Worlds. Its concept is quite cool: 200 field recordists are working together to record and share evocative sound effects from their home cities. It’s another example of a crowdsourced sound library with a key difference: contributors donate sounds, not cash. They build the library together.

I’m a bit late to the game. The project has been open for a few months, and has been mentioned elsewhere. However, registrations are wrapping up soon. Would you like to join? Interested in learning more?

To find out more I spoke with Mike Niederquell. Mike is the man behind the project, the owner of Audible Worlds, and an LA sound designer for game audio titles such as The Last of Us, God of War: Ascension, Transformers: Fall of Cybertron, and others.

Mike generously took time to share his background, the history of the crowdsourced project, and update me on how things are going with the World Ambience SFX Library.

Contents hide
About Mike Niederquell and Audible Worlds
Creative Field Recording: Can you tell me a bit about your background? Why did you become involved in pro audio?
CFR: What drew you to game audio in particular?
CFR: When did you begin field recording? Was if for a particular gig, or to capture a specific sound?
CFR: Can you tell me a bit about why you created Audible Worlds?
CFR: What type of members are on the site?
About The World Ambience SFX Library
CFR: What was the inspiration for the The World Ambience SFX Library?
CFR: Can you describe an overview of the project?
CFR: How has the response been?
CFR: What kind of national representation have you had so far?
CFR: You’ve posted your tech requirements in the Audible Worlds post. What would you suggest as “content” guidelines for contributors? Can you describe what would make a valuable contribution to the library?
CFR: When is the deadline, and what can we expect after that?
Recording Evocative, Personal Sound Effects
Read More

About Mike Niederquell and Audible Worlds

Creative Field Recording: Can you tell me a bit about your background? Why did you become involved in pro audio? 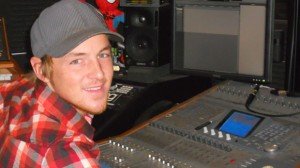 Mike Niederquell: Hi, Paul! I’ve been a video game sound designer for eight years now. Along with having played games religiously my whole life, I’ve always been a tech fiend and enjoyed being creative through multiple outlets.

As a kid I spent a lot of time sampling television shows and manipulating the recorded content for fun.That hobby and my passion for games slowly evolved and turned into a career choice as I grew older. I eventually landed my first professional sound job as an intern at High Moon Studios in Carlsbad, CA.

CFR: What drew you to game audio in particular?

MN: It’s easy to say what initially drew me to games was my general passion and love for them. As I learned more about the industry, the unique creative challenges and technical aspects became incredibly intriguing. Audio wise, things that work in a film won’t necessarily always work in a game. An easy example is weapon audio. The player could have the potential to fire this weapon sound for 12+ hours of gameplay. How many variations of that sound should you need? Does it sound fatiguing or silly if heard over and over again? But a big factor is when the player pulls the game pad’s trigger and controls that sound. It can give that sound a completely different emotional factor. Is it big enough? Does it offer the proper feedback to the player? And above all else, is it satisfying and feel right when you pull the trigger?

CFR: When did you begin field recording? Was if for a particular gig, or to capture a specific sound?

MN: Professionally, I started really doing a lot of field recording during my first gig as an intern at High Moon Studios. Traveling around San Diego, CA and finding new source material for the sound designers was probably 85% of my job. The other portion was editing the material and adding it to our library.

I usually end up doing a field recording session at least once per project. It’s often difficult though given the timeframe set for some of these projects. This is why I always carry my PCM-M10 with me. I’ve captured so much great stuff during random outings where I wasn’t expecting to.

CFR: Can you tell me a bit about why you created Audible Worlds?

MN: I created Audible Worlds as outlet for audio content creators to discuss their craft and easily find relevant topics to their interest. The idea came to me after browsing over some of Facebook’s groups and seeing how unorganized they were. I also noticed that a lot of the audio forums around the net had a more defined niche to them, whether it be game audio, gear related, etc. I thought having a catch all for all audio content creators would be beneficial.

CFR: What type of members are on the site?

MN: The site is intended for anyone who is interested in creating audio content for any medium. Since the site is still in it’s infancy this could also include musicians if it’s desired by the community. People all over the world, from all different industries have already signed up for our first crowdsource project, “The World Ambience SFX Library”, so that’s really exciting.

About The World Ambience SFX Library

CFR: What was the inspiration for the The World Ambience SFX Library?

MN: I wanted to get the community involved with one another and I thought that the ambient theme of the project would really showcase where everyone is from. It’s also really easy for people with a new interest in audio to be a part of. That was something I was trying to be very conscious of.

CFR: Can you describe an overview of the project?

MN: Sure, the goal is to have 200+ recordists from all over the world contribute a 3–5 minute recording of ambience from their region. They have the freedom to pretty much record anything they want, as long as it can be used as an “ambience” track. So this means a busy city street, a quiet meadow, or maybe a unique market that’s active with shoppers. Hopefully most recordists are trying to think about what’s unique to their location and offer the community something that represents that. This is partly why I set the contributor goal to a higher number. I’m anticipating a lot of traffic and beach sounds, so hopefully extending the contributor count will give us a greater selection of unique recordings when we are done.

CFR: How has the response been?

MN: The response has been a lot better than I thought it would be! It looks like we will hit (or be very close) to our 200 contributor goal. I think what’s most exciting is that the people that are contributing truly are from all over the world! I encourage your readers to check out the signup thread and read the replies. Most people are listing where they will be contributing from and it’s pretty exciting.

CFR: What kind of national representation have you had so far?

CFR: You’ve posted your tech requirements in the Audible Worlds post. What would you suggest as “content” guidelines for contributors? Can you describe what would make a valuable contribution to the library?

MN: As I said earlier, it would be great if recordists think about what makes their location different than others. If they are going to record traffic at least think if the vehicles in that location sound unique. It’s more about capturing the character of these regions and sharing how it’s different from other parts of the world. For example, I will be contributing multiple recordings and one will be the Santa Monica Pier here in Santa Monica, California. It’s a very popular tourist destination and will probably have a wash of walla from people talking but that’s part of what makes that area sound unique. People should also consider their local wildlife, such as birds. Most birds are different depending on the region you’re in and capturing rural sounds is extremely encouraged.

CFR: When is the deadline, and what can we expect after that?

MN: The sign up deadline is at the end of this month, September 30th, 2013. It’s somewhat of a “soft” cut off date because it’s just signifying that the recording process for contributors will begin.

Once the cut off date hits, I will privately message everyone that signed up and give them access to a password-protected forum if they have any questions along the way. I will also notify them when all recordings must be submitted by. Everyone should have two months to record something for the project.

I’m quite excited for Mike’s project to begin. Why?

The project will allow members to flex unique field recording skills. While recordists will of course capture technically sufficient clips, they have another opportunity, too.

When you join the project and share your recordings, you will be showcasing your city to others. You’re invited to dress up your city and show it off for others through audio alone.

Maybe you’ve lived in your city for years, or decades. You have your favourite bistros, streets, and parks. They’re filled with your experiences. You’ll know them better than anyone else in the project.

The World Ambience SFX project invites recordists to think: how can you express those experiences through audio? Where are those sounds made? How can you ensnare them? And yes, you’ll know those sounds. But will others? You’ll need to choose and capture sounds that show how your city is different not only geographically and culturally, but sonically as well. Can you express those things through sound? What’s the sound of Buenos Aires? Of Warsaw? Jakarta? You’ll need to think: “what is the sound of my city?”

And, in the process, listeners will learn more about your home, and you as well.

Care to join these recordists?

Sign up at Audible Worlds. Browse the thread to learn the tech specs, and how everything works. When you’re ready, comment in the thread, list your city, and join Mike Niederquell and the community in recording some unique ambient sound effects.

Many thanks to Mike Niederquell for hosting the project, and for sharing his time answering questions here.