You are here: Home / Resources / Articles / How to Record Gun Sound Effects – A List of Resources 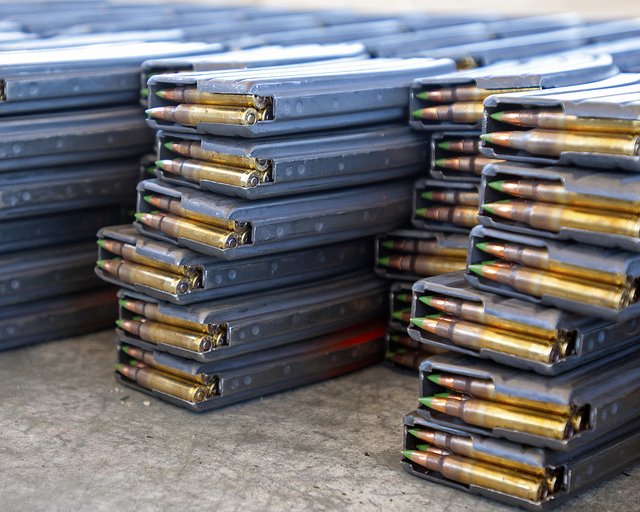 I remember firing my first gun. It was a fully-automatic AK–47.

I was in the desert east of San Diego recording weapons for an HBO show called Generation Kill. The gun was owned by an elite soldier who brought it back from a war in the Middle East.

Previously, I was indifferent to gun recordings. However, as I squeezed the trigger and fired into the empty desert, I instantly understood why so many field recordists specialize in recording gun and rifle sound effects.

It was like holding a controlled explosion in your hands. I was surprised, not at the recoil, but the amount of power from such a simple action of pulling the trigger. It wasn’t only the physical aspects of the kickback and the bullet pounding into a sandy incline, it was the sheer force of sonic expression as well.

In today’s article I’ll share information about these elusive and popular sound clips.

There are dozens of reasons gun sound effects attract field recordists. First, they contain endless variety. Just like learning about car makes, custom versions, and differences between yearly models, guns are incredibly nuanced and diverse. A recordist can explore an endless supply of clips: handguns, rifles, machine guns, or artillery, each modified by ammunition, environment, and more. When you add in Foley handling, you’ll find that a gun can have as many voices as any sports car.

Gun recordings are also popular for another reason: they’re challenging to record well. Guns are one of the trickiest categories of sound effects to capture. Part of the reason is because they are incredibly loud. Capturing loud sounds is understandably challenging, but this is complicated further by the dynamic of the sounds: the blast occurs at the same time as subtler movements, as well as the metallic voices of the gun itself as it fires the shot and ejects the shell. A field recordist needs to balance these elements, not only in the field, but in mastering, later.

In my opinion, the trickiest part of recording weapons isn’t the technical aspect. You can eventually figure out microphone placement and levels with trial and error. Instead, the real trick is finding distinctiveness in gun recordings. It’s common for gun recordings to suffer from a troublesome problem: all the gun shots sound identical. Fifty gun shot clips are no better than one, really, if they are all indistinguishable.

Pulling distinctiveness from guns is admittedly quite hard. One reason is that machines always have less dynamic voices than living subjects. They’re inert, metal subjects with a fixed expression. They have many voices, of course, but generally fewer than the dynamic found in animals or people.

Another reason is that finding character in very loud, short sounds isn’t easy. Nuances are often found in subtler areas, or when clips alter from one moment to the next over time. Loud, isolated blasts don’t have that advantage.

Learning From The Masters

I’ve tried a few tricks to get around these challenges. However, I prefer to record atmospheres than specific sound effects, so I’m not a gun expert by any means. There are other recordists far more skilled at recording gun sound effects than I am. So, when a reader asked me for advice about recording guns, I turned to the masters.

They include Ken Johnson, Charles Maynes, Rob Nokes (who taught me), Frank Bry, Watson Wu, and Chuck Russom (among others).

Below is a compilation of links you can explore, together with a description of what you’ll find there. I’ll include articles on explosions as well: