You are here: Home / Resources / Community / Field Recording Lecture & The Impact of Your Ideas 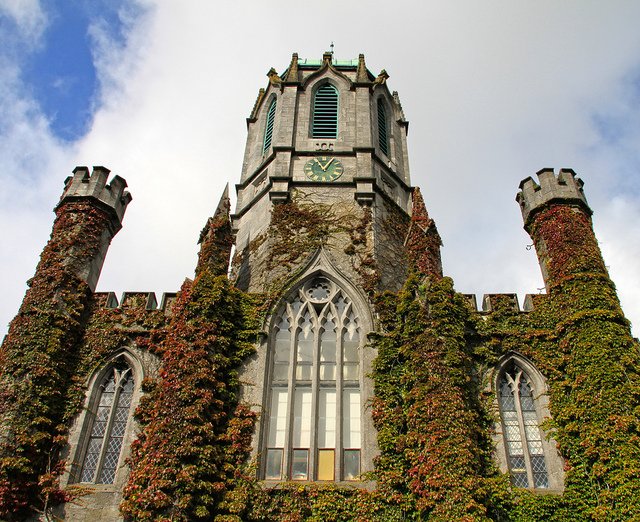 I was recently involved with an exciting project: lecturing about field recording for Edinburgh Napier University. I worked with Napier’s Dr. Iain McGregor to talk about capturing sound effects beyond the studio.

I’ve never really spoken about field recording before. I’m comfortable writing ideas, but speaking about them is a completely different matter. I didn’t have much practice, so, I wasn’t sure how it would settle on me.

The result? I really enjoyed the lecture. And, in the process, I had a few thoughts about field recording and community. I’ll share a bit about that, and the experience lecturing, in today’s post. My hope is that some discoveries I’ve made can help you with your own field recordings.

A Masters Degree in Sound Design, With a Twist

The lecture I participated in is for a postgraduate masters degree in sound design which is led by Dr. McGregor.

Dr. McGregor is a lecturer of Sound Design at Edinburgh Napier University, and the author of multiple publications.

Many of you may have met him in the sound design community, too. He’s a contributor to socialsounddesign.com (now Sound Design Stack Exchange). Also, you may recall Dr. McGregor from an earlier article I wrote last year. I explored ways to learn field recording, and he shared his thoughts about learning sound design and audio recording.

The course has an interesting approach. First, it’s intended for established audio pros who wish to refine their skills. It also has an international slant. It features guest lecturers from around the world. How can they do this? Well, it’s taught via distance learning, which means it is accessed online, and is believed to be the first of its kind to do this. I like that idea. It means you’ll share ideas about audio with people from wildly diverse backgrounds.

My lecture was part of the sound for linear media course. There are also other sections on listening, interactive media, and professional practice. A masters dissertation spans the entire course.

It was only the second time I had spoken “live” about field recording. The first was during a Tonebenders podcast. That was a fantastic experience. I enjoyed trading ideas with the Tonebenders crew.

The Edinburgh Napier lecture had a different slant: I had a whole hour to myself to talk about field recording.

Of course, field recording is a broad subject. It involves a delicate balance between technical skill and creativity. Also, much of it is self-taught, and, because of this, field recording can take many forms. There’s no single proper way to record a sound effect, after all. It’s often open to interpretation.

So, I knew an instructional “how-to” talk wouldn’t cut it. Also, I decided to avoid talking about gear, sound theory, and technique. A lot of that is already floating around in textbooks, or on the Web.

I reflected on the best way to give the broad strokes on the subject. I wanted to share my key belief about field recording: that it is the field recordist themselves – not the gear, or stats – that play the largest role in capturing superior recordings. Equipment is often seen as a limiting factor in capturing good sound, but I actually don’t think that’s true. Or, it’s not the entire story, at any rate.

We all know how exciting field recording is, so I wanted to convey that, too. However, even though it’s fulfilling, that’s not all it is. I also wanted to share how we desperately need more field recordists, and more thoughtful sound effects, and why that is.

So, I talked about how I started recording sound effects. I was also excited to introduce a new idea that I’ve been working on lately: the seven steps of field recording. That’s a series of steps I’ve identified that a recordist climbs while capturing sound clips. The further you progress along these steps, I’ve found, the better your recordings become. Each additional step elevates your clips from sufficient to superior quality.

I also shared some recording stories: my first feature film field recording session, recording for Michael Mann’s Ali, working with Sounddogs.com, Soundsnap.com, Sound Ideas, and developing my own library. I tied each of those stories into one or more of the seven steps of field recording. And, I suggested how new recordists can do the same.

The lecture was a great experience. It was a pleasure to work with Dr. McGregor.

And now that the project is finished, I find that a particularly interesting part of the lecture was putting my field recording stories into words. Why? Often when we’re experiencing these events it’s not easy to see how they fit into a larger arc of thinking. We all develop our own personal, creative, and professional sensibilities over a period of time. Articulating them lets us see the landmarks where our perspectives on work and creativity have veered, stalled, or risen.

Since I delivered the lecture, I’ve thought more about this. I’ve reflected on how field recording has changed for me, and in general. It’s made me realize that field recording remains a largely untapped activity. In the scope of a recorded sound, it’s a profession that has only begun being explored. Why?

Well, one reason is because it doesn’t happen too often. It can be hard to scrape together time and funding to collect our gear, stride into the streets, and record for our projects.

But it’s getting better. In the last ten years, field recording has become increasingly popular. It’s easier to get started. Equipment is more accessible. It’s cheaper. Gear quality is higher. I believe, however, that these aren’t the main reasons why field recording is growing. I don’t think the change is dependent on equipment, or funds. Instead, I think the greatest impact has come from elsewhere: the people who practice it.

I believe that every single person who is drawn to field recording plays a valuable part helping it grow. It doesn’t matter if you have captured five hundred sound effects, or five. It’s not too important which model of recorder you have, or whether you own one at all. What is most important is that you share ideas.

I’d encourage anyone interested in field recording to do this. Share your successes, and your failures, too. Some ideas are shared through sound: trading clips with each other. That’s not the only way, though. You can share your own thoughts. Start a podcast, or a vlog. Write about it on a blog. Self-publish a book. New to pro audio? Lacking a credit list? It really doesn’t matter. What does matter is that your ideas are shared, exchanged, and discussed.

We’ve already seen the first results of this. The weave of the community has become tighter through blogs, SoundCloud, and forums like Sound Design Stack Exchange. Sites such as Designing Sound have tens of thousands of readers. Independent field recordists are sharing more and better sound effect libraries.

This all contributes to an exciting time for sound recordists. Field recording is an unique activity. It’s a balance of precision and imagination, expressed through audio. And discussing and exploring it is bringing about a profound change. How?

Previously field recording was seen as merely a technical practice. Now, with the ideas you contribute, it’s emerging into something new: a creative, inspiring craft.

Many thanks to Dr. McGregor and Edinburgh Napier University.