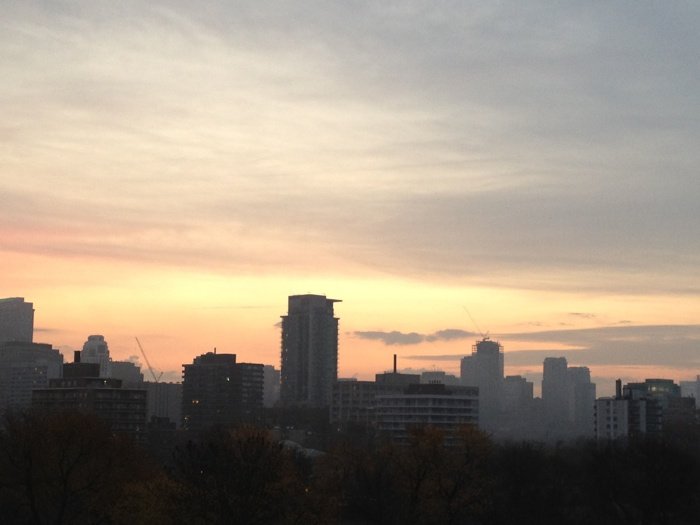 I have a friend who wants to draw. She’d love to be an animator, or create graphic novels. The problem is she hasn’t drawn anything yet.

She’s aware of this. She’s exasperated. She has the desire. She is talented. She has great ideas. She just can’t seem to get anything done.

The other night we talked about it. Motivational funk is actually quite common. Every craft feels it, even sound pros.

Have you been in this situation? Would you like to record more sound effects, but can’t find the time? Do you want to start building a sound library but just can’t seem to get going? Or perhaps your sound blog’s publishing schedule is trickling away.

The good news is that there are nine quick fixes to beat motivational funk. They’re simple. They’re easy.

So, in today’s post I’ll share why motivational funk happens, and nine ideas that help you get out there recording more sound effects.

Two Reasons Why It’s Hard to Get Things Done

You have great ideas.

Perhaps you have a novel concept for a multi-microphone shoot. Maybe you have an idea for a fresh sound library. Right now, though, the project is merely an idea. Maybe it has been for months, or years. Is this a problem because you’re not creative?

No. It’s not a matter of expertise. Talent is overrated, as far as actually delivering work is concerned. What the issue, then?

It doesn’t matter if you sketch, blog, record sound effects, or knit. The problem is the same:

Everyone in any craft has experienced this at some point. And, while craftspeople use creative tools, the solution doesn’t have much to do with creativity. That’s different. I wrote about kickstarting your creativity in an earlier post. That’s about finding ideas.

Instead, this problem has nothing to do with creativity. It’s about translating those ideas into action. It’s about beginning and persisting.

Neither are easy. This is incredibly frustrating. Identifying why seems impossible. Finding a solution is elusive.

Why does this happen?

There’s a huge emphasis on productivity in our society. Often our worth is fused with how many tracks we cut, and how fast we do it.

Productivity isn’t bad, of course. It’s how things get done. However, it creates problems with field recordists and sound editors. Why?

Our profession is a craft. Field recording and editing are framed by precise practices, but only become fulfilling when creativity is applied. What does this mean?

It means that it’s hard to create your best work on demand. Productivity doesn’t mesh easily with creativity. The result is that the duty to provide predictable results battles with creativity’s need for free, unrestricted craft. Add creative guilt or exasperation to that, and projects can be churn in quicksand forever.

Any sound work involves complicated, protracted effort. It makes sense: it’s a profession that involves exacting measurements when recording, and detailed alignment when cutting. It takes 8 to 10 times the duration of any sound effect to bring it from conception to a fan’s ears. I explained in my e-Book, Field Recording: From Research to Wrap that the recording process involves no less than 5 steps: research, scouting, pre-shoot, shooting, and post-shoot.

And what if you want to share your work? Selling Creative Sound explains that to share sound well you need to mould a bulletproof sound library, then research, contact, negotiate, and sign only the best partners.

The point is that this all takes time and focus. And with every delay, a project’s focus risks evaporating. The reason I wrote a 30-day quick-start guide for each of book was to help speed sidestep this risk.

Don’t worry, though. This isn’t fatal. In fact, field recordists and sound designers have powerful tricks that fix these problems. I’ll share these in a moment.

First, let’s look at six types of motivational funk. Then we’ll see how to dodge them.

Why do we abandon projects?

Have you experienced any of these? Don’t worry, you’re not alone. They happen easily. I’ve felt every one of them.

Fine, but how do you grasp that drifting idea, capture it, and guide it into a completed project?

The solution depends two things: knowing how you work best, and using tricks to get work done. Here are ideas:

A Change in Perspective

If you think about it, you already have the hardest part in your grasp: you have an idea. You’ve used your skill as a sound pro to design a captivating idea. Now, all you have to do is take a step.

It doesn’t matter if that step is small. Plan out and record a single sound. Find your rhythm. Tomorrow, capture two. Deny distractions, and multitasking. Focus on wearing a single “hat” at a time. Use a reward system to take you to day three. Continue, and don’t break the chain.

Want more tips for how to get things done? Check out 6 Tricks to Help Sound Pros Focus and 6 Ways for Sound Pros to Get Things Done.