You are here: Home / Curation / 15 Tips for Naming Sound Effects

When you decide to share your library, your sound effects begin to exist outside of your control.

They float around on networks and hard drives for other people to experience, and interpret.

I enjoy working as a sound librarian. I think about sound effects names, searches, and accuracy deeply. It is an important part of field recordings: it is the method by which our creations are accessed, and shared.

This is the last in my two-part series about naming sound effect libraries. The first post explored the philosophy behind sound names, and necessity for good ones.

Because you’ll develop your own style for naming, today I’ll share 15 tips I keep in mind when creating names and assigning metadata. They’re tips I’ve picked up over the years I’ve spent optimizing collections for Web shops. You can use them as guidelines for your own methods. They’re general enough that they’ll strengthen your names and improve the chances that your sound will be found, and used.

Almost all of the sound libraries I review have spelling errors. From the perspective of a Web shop, this is a surprisingly major problem. Often, spelling mistakes occur in the sound file name itself. This means a Web shop owner must scan a folder, import the text into a spreadsheet, correct it, then export it back to the files. Or they batch-rename each spelling error. It’s agony. But it must be done. Why?

If your sound is spelled incorrectly, it won’t be found with keyword searches. There’s no point adding it to the Web shop.

Use a spell-checker. Visit dictionary.com.

I see many sound libraries with hordes of sounds differentiated only by a number suffix.

Don’t use numbers. I know. It’s easier to do this than to elaborate. However, numbers themselves aren’t helpful for identifying differences between sounds. It suggests that the sound is exactly the same as the one preceding it. Do they sound alike? If so, why are multiple copies of identical sounds in your library when one would do?

Instead of a number, use a word. Surely there is some difference, no matter how minimal, between the two sounds? Add detail:

If you’re reading this post, you likely know these terms. I guarantee most of your customers will not.

A portion of your audience may be just like you. They’ll understand industry jargon. Why exclude everyone else?

Simplify language. Any of these terms can be described plainly, or simply omitted. Expand abbreviations and acronyms.

Some sound librarians use codes in their names.

What do these codes mean? Some you may know.

Soundminer has encouraged use of four-character codes in their ShortID field, and that’s unfortunate. Why?

Who could possibly know these codes? If they’re unknown, they won’t be used in searches. And, even if a user can see the codes in metadata columns, they must guess the meaning. A sound librarian’s job is to invite accuracy, not guesswork. Who has time to decode names?

Some librarians include a sheet explaining codes. If a collection requires a roadmap to even begin using it, that’s a sign it’s inconvenient.

Instead, always think about the least professional and knowledgeable of your fans. Write your names so everyone can understand. Expand ShortID codes into category and subcategory metadata fields using proper English.

What about words like booster or sub? To us sub is obvious. Describe the effect instead. Low, deep, rumbling, and heavy can be used to explain sub in a way even greenest of noobs will relate to immediately. It’s keyword-rich as well.

Codes limit the reach of your files, and they’re not user-friendly. Avoid writing names that need to be deciphered. 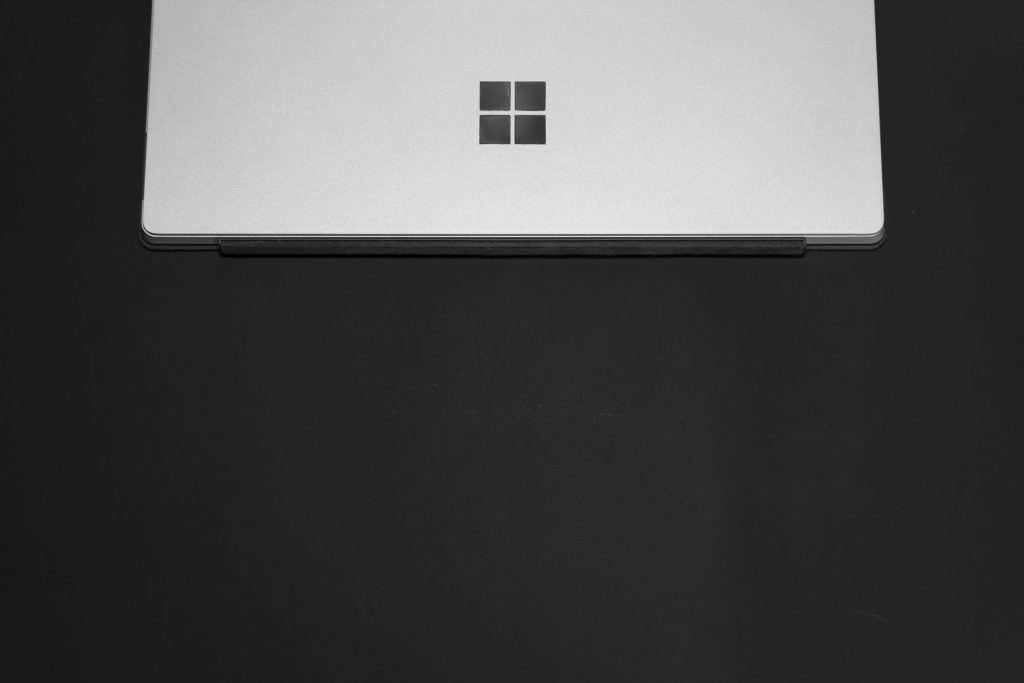 Avoid brand names. Will Apple or Microsoft hunt you down for using their name in your sound files?

It’s unlikely. However, the names are copyrighted for a reason. They can sue you. The argument is that you are enhancing your sound by associating their brand with it.

Music libraries get around this by using the term “sound alike.” Is it safe to name your music track “sounds like Metallica?” The band could make the same argument as Microsoft: your song is making money using their name as advertising.

Remove redundant and vague words. They aren’t helpful and you won’t miss them:

Be specific with your names. Which place or what kind of thing? How many people exactly? There is always a better word that can be substituted for these names, and provide fans superior information.

Thesaurus.com will help you with this. 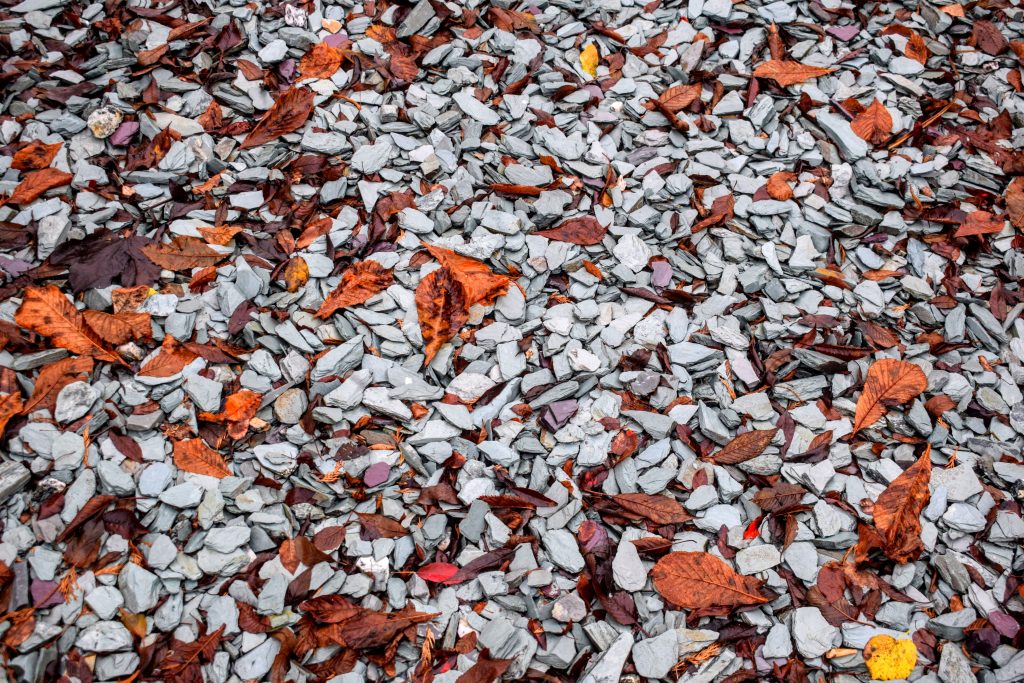 Some names propose how a sound should be used:

Dirt onto rocks. Perfect to supplement a cave-in track, or for debris.

A soaring pop-rock track in the spirit of Coldplay, U2, or Kings of Leon.

On one hand, these details can help fans who are searching specifically for a “cave-in” or “Coldplay.”

However, I find that if I’m suggesting how a track should be used, I’ve missed describing its nuances properly. Neither of those tracks tell us much about the sound iteslf. What could be better?

Dirt falling onto rocks and pebbles. Debris begins strongly then diminishes, trickling into a fine stream, and dies.

There’s more detail there. Notice that they contain keywords that fans are likely to type into search engines.

Don’t tell listeners what a sound would be good for. That’s subjective. It restricts their imagination, and how sounds could be used. Instead, describe what it is as lushly as possible. People can make up their own minds.

All recorders assign a name to each sound file they record. Sometimes this is just a timestamp. At other times it may be a simple text string (AUDIO_01.WAV). Avoid sharing files with only the default name. Any detail is better than the default name.

Credit to Tamas Dragon who mentioned this in a blog post. 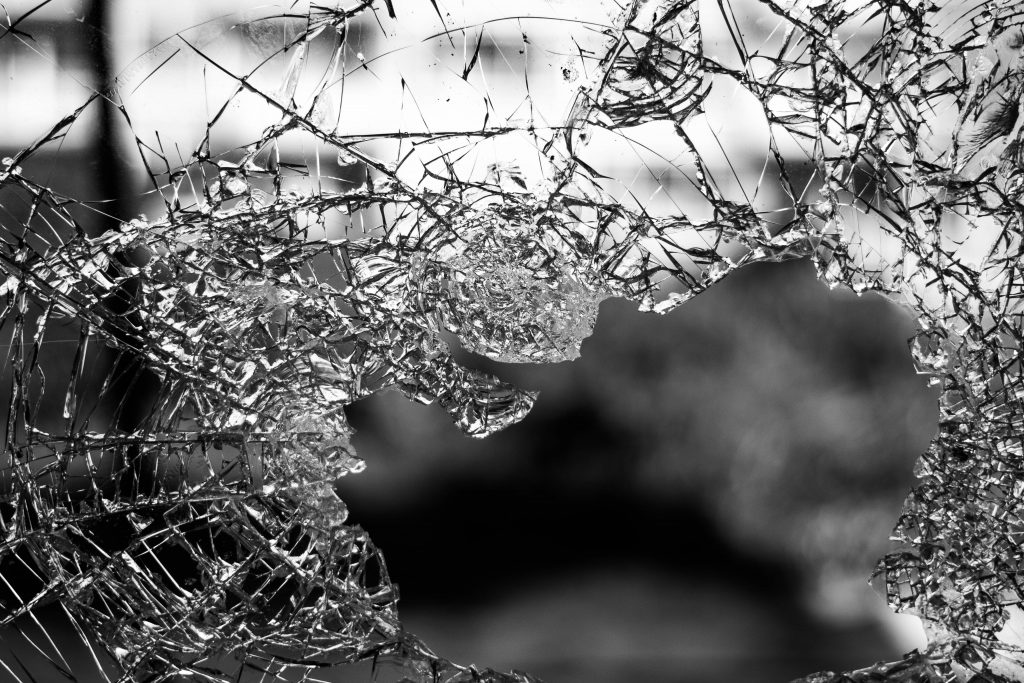 Some libraries prefix their tracks with categories or perspectives, or numbers.

AMB crowd in a convention centre.

INT car with mic on dashboard.

The problem with this method? It confuses sorting. I can see the point of using AMB to group all ambience together. Why clutter the name? There’s the “category” metadata field for that.

How about using numbering as a prefix? Well, that will group all first takes of every sound effect together.

It’s better to group the type of sound together.

In short, instead of using prefixes, begin a sound’s name with the subject or noun.

Some libraries add the category into their names.

AMB crowd in a convention centre.

This is commonly done to increase search engine hits. Some Web stores adds these words just in case a customer enters category words in their keyword search. A customer may type in “production element whoosh,” after all. Most modern databases compensate for this, though. A Web shop can easily specify that any keyword a customer enters searches a number of database fields at the same time: description, name, and category. So, there’s no need to add a category to the name. It is being retrieved behind the scenes anyway.

This also overloads the name. It’s too much to read. Most people don’t search by category, anyway. Searching by keywords is more popular. Why not move the category data to the proper “category” and “subcategory” metadata fields? 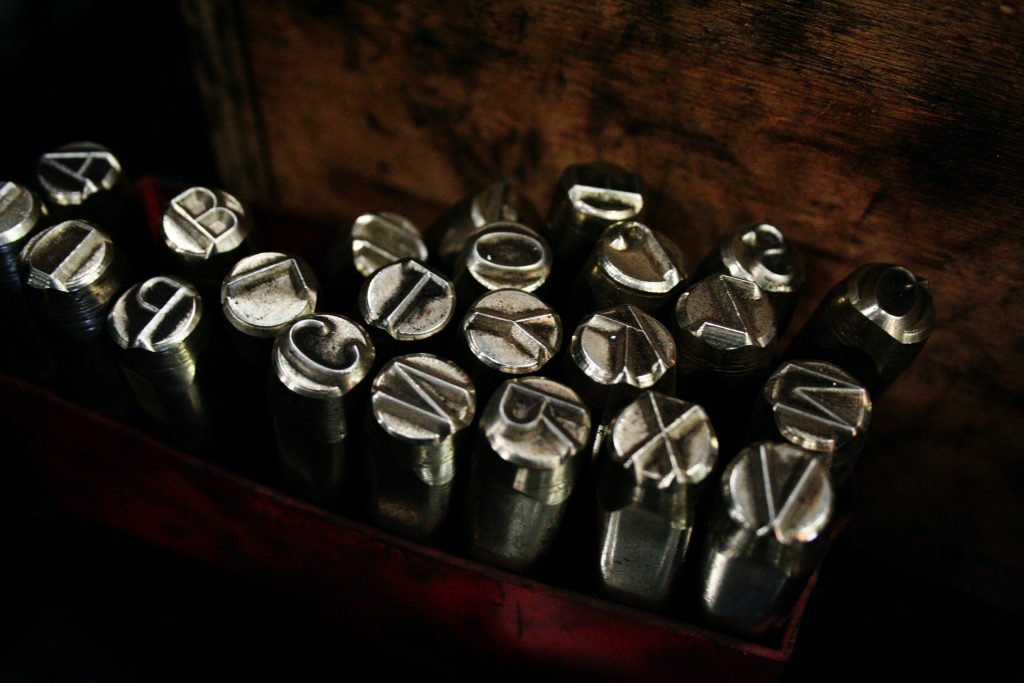 On the Internet, writing in all-caps means you’re SCREAMING. Who wants to be yelled at when shopping for sounds?

Writing in all-caps ignores one of the main reasons we’ve structured the Roman script as we have. Capitals are used to demarcate breaks in expression (beginning of sentences) or highlight importance (acronyms, honorific names). By displaying everything in caps, no single word can be differentiated. What does this mean for sound libraries?

Our names are detailed and complex. Varying capitalization allows the eye to jump from one important word to the next. It increases speed and accessibility.

We’ve learned which mistakes to avoid, but how can you make the names you have stronger? 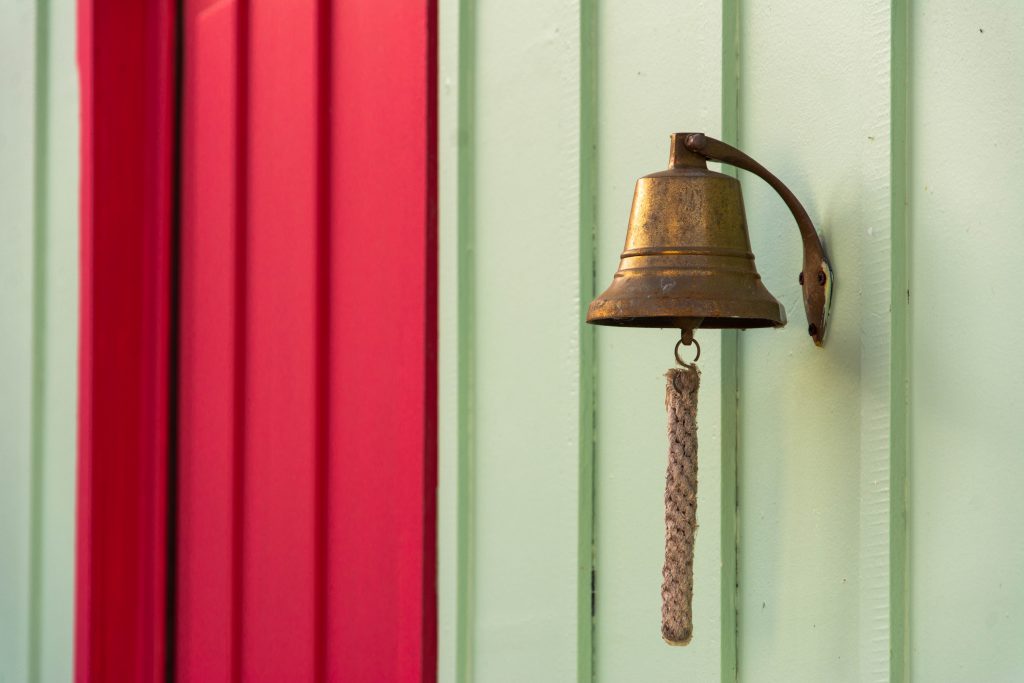 Use one tense consistently. Scattered verb tense makes it difficult to find groups of sounds:

A bell being rung

They all mean the same thing. The first is present tense, the second is present continuous, and the third is passive. I prefer the first. Why?

It’s concise. The “-ing” form can confuse keyword searches. The passive is limp and includes a word that doesn’t help describe the sound (“being”).

Do you use rung, ringing or ring? Pick one, and stick with it.

Potent names use emotion. Draw on your style to add unique names to your sound files.

Did you perform the guitar lead frantically? Confidently, or darkly? Work those names into your song.

Sound effects benefit from this as well.

Thunder snap and crackle followed by a huge ripple. Storm rolls into the distance with ominous grumbling.

“Ominous grumbling” adds a mood unlike other thunder tracks. It creates an image and a feeling.

Use emotional and imaginative words to distinguish your sounds.

Punctuation serves to vary how sentences are consumed:

They are also useful because they add visual flair to names.

Beware, however. These characters may confuse search engines, source code, or may be restricted in file names by operating systems.

15. “It’s better to be consistent than correct.”

I heard this from an acquaintance who learned it during her Masters in Library Studies.

The idea is that when searching for data predictability and unity of results is more important than form.

In other words, make sure you pick your terms and be faithful to them. Don’t name half of your clips rubbish bin and the rest trash bin. That means people who search for trash bin only receive a portion of results. Instead, pick one term only.

This is true for spelling, too. Maybe you accidentally spelled room tone as roomtone. It’s far better to have them all labelled one name, even if it is incorrect. Why?

Search results also function to teach users the “language” of your collection. Once they receive the result for the incorrectly-spelled roomtone, they’ll know how to search thereafter.

It also helps you, as a sound librarian, to find and modify data afterwards. 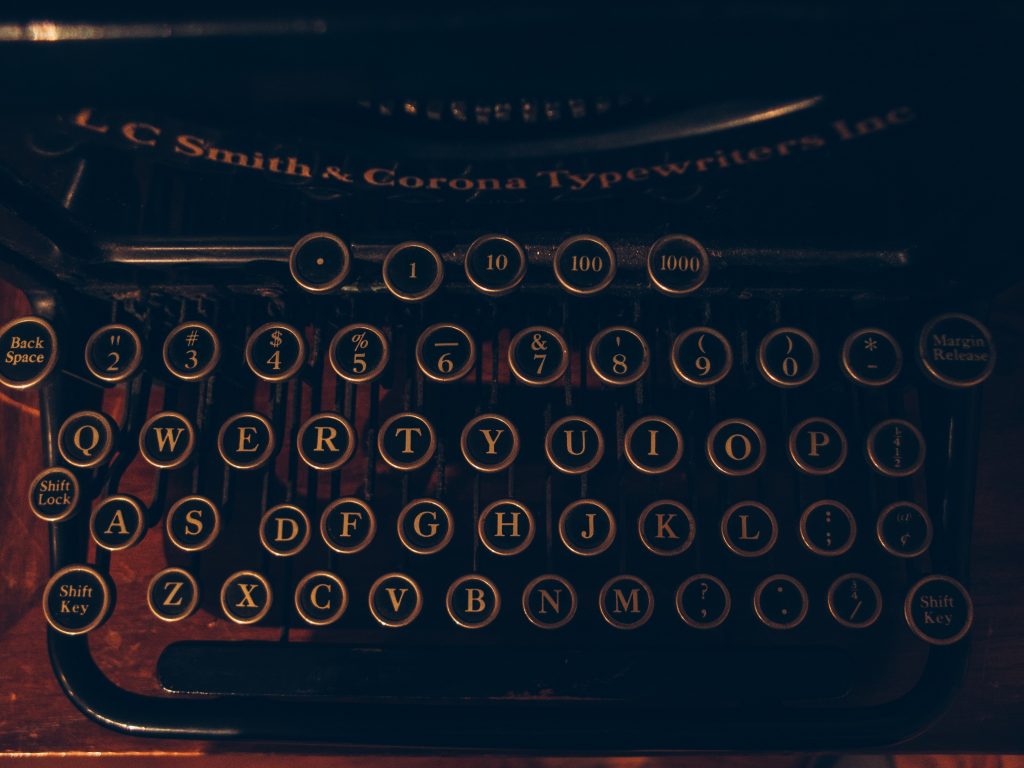 The Goal of Sound Names

What’s the goal of a sound file name?

A superior sound name should be so evocative that you shouldn’t need to hear it to crave it. It should create a mental image of the audio. As far as searching is concerned, text should provide 75% of the meaning and interpretation of the sound. Judging the sound based on what you hear should be an afterthought.

Of course, writing a sound name can be a casual thing. Do you always need to put this much consideration into your sound names?

No, of course not. You don’t have to invest effort into it if you don’t want to, however I hope I’ve convinced you otherwise with the posts in this series.

Sound names allow access to collections. When you need to use or share sound effects, it becomes critical to a collection’s success. It can mean the difference between a fan enjoying your field recordings, or it being lost within the depths of nested folders, buried in the darkest corners of your hard drives.

A name is the natural selection of sound files.

You’ve given life to amazing sounds. They’ve evolved as you’ve mastered them. They’ll grow further as you share them.

Help by giving them names they deserve.