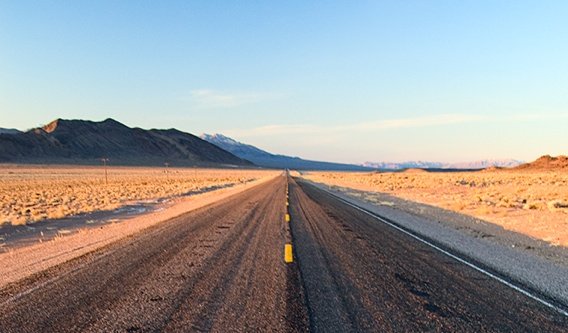 Many shops sharing sound effects today will soon be extinct. They just don’t know it yet.

Last week I explained which shops will diminish and fade. Why will this happen? It’s because they’ve lost touch with technology, and the people that use sound effects.

You’re probably familiar with the idea. The same process has been happening to the music and movie industries. Traditional distribution is scrambling to adapt to the digital age.

Fans want easy access to movies and music. Shops struggle fitfully to protect their creative work, and earn a fair amount for sharing it. The result?

It sounds complicated, doesn’t it? It is. Is there any point to sharing sound, then?

Of course! People yearn for good sound. Often they crave it more strongly than music and movie fans because the benefit is more direct. Sound effects are tools they need to assist projects they craft every day.

So, if the old ways of sharing sound are dying, what can we expect from the future?

Today’s post will describe the future of sharing sound, and how your sound effects library will join it. 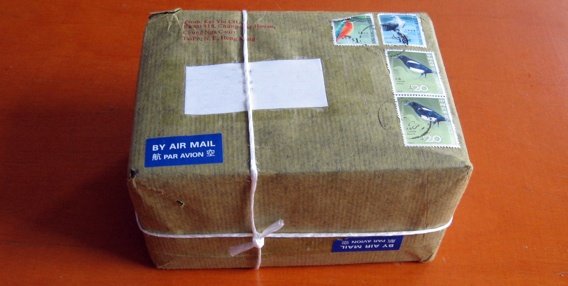 Part of this future is evolving right now, with what I call bundle Web shops.

You’ve likely heard of them. They are shops you’ve seen around the field recording community, also known as the indie libraries. They offer many sound effects gathered together in a single pack. They are bundles of themed sound effects sold at a discount.

The bundle Web shops appeared only after two technologies became easy to use: digital payment, and Web content management systems (CMS). PayPal became the de facto method for quick and easy online digital banking. Gradually enough people owned a PayPal account, making payments on Web shops a trustworthy and viable option. CMS software such as WordPress improved to the point that even unskilled people could create a Web site in hours.

We’re seeing more of these shops appear daily. Fans love them. Why?

The bundle Web shop sound effects are superior quality. The à la carte and physical libraries mentioned last week are predominantly managed by distributors. They aren’t run by sound pros. Bundle web shops are created by actual field recordists. They sculpt sound daily. They know how to make their libraries attractive. They spend months recording a pack, mastering it, and sharing it with their fans.

The bundles are also highly focused. They follow a theme: a collection of bells, or animals, or weapons. They are what I call sonic essays on a subject. They explore sound effects in intense, informed detail. This eliminates the gamble of spending thousands on a collection that can’t be tested before buying. These field recordists invest time and skill into every clip, and describe them in a way customers will understand.

Also, since most of the technology is free, a field recordist can create a bundle Web shop with little risk. This means that overhead such as storage, manufacturing, and bandwidth doesn’t exist. Shops are completely automated. This means it costs less to run them. Packs will either command higher profits, or can be sold for lower prices.

The result? Bundle Web shops offer high value. Many fans buy these packs because they are relatively inexpensive, yet specialized to their needs.

These shops are also agile. They can respond quickly to feedback in a way that the lumbering physical and à la carte libraries cannot. This includes helping customers, of course. It also provides another more significant benefit. Bundle shops bring the creator and the buyer together closely, creating strong relationships, and a lot of satisfaction.

There are downsides, though. The largest is traffic. Bundle Web shops must work hard to market their tiny site in the massive sea of Internet traffic. It takes years to grow a community, and gather fans.

Bundle stores have been around for years, but, in a way they’re still young. Right now the process of creating and managing them is fairly blunt. It is sharpening, though. In the future we’ll see bundle Web shops become more sophisticated. They will become tailored for sound libraries. They will become easier to create, to stock with sound bundles, connect with others, and deliver without sacrificing creative time in the field.

Update: I’ve since written a few articles about how to create a sound bundle and how to host a sound library on a Web shop you own. I’ve also written a book about both of these things called Sharing Sound Online.

While bundle Web shops will be popular, there is another method that will be stronger, and is only just beginning. 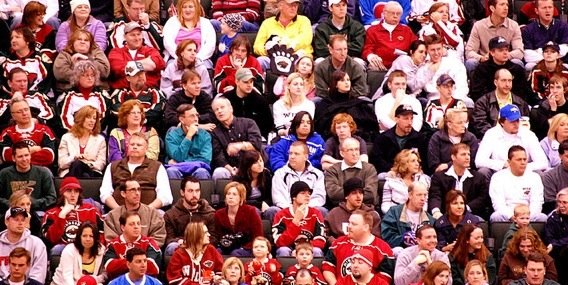 Crowdfunding is the future of sound effects libraries. What is crowdfunding?

Imagine a band wants to record a new album, but are broke. They need $10,000 to do the job. They ask their fans each to contribute a small amount of cash. The band will pool the money. If they raise $10,000 or more, they will record the album. If they don’t raise enough in 30 days, every fan is returned their cash.

Once the album is complete, each fan who contributed will receive a copy of the album. Those that contribute more cash receive a better prize, such as a signed copy of the CD, a t-shirt, or so on.

This process of finding many small investors for your creative project is known as crowdfunding.

You may know this method from the popular crowdfunding site kickstarter.com. Some of you may have participated in field recordist René Coronado’s Kickstarter project. He captured multi-track trolley recordings, and, as far as I know, began the first crowd-funded sound effect project. Read about his Kickstarter experience. I’ve seen a few other crowdfunding sound effect projects, with a bit more of an anthropological slant: cataloging birds, jungles, and more.

There are other crowdfunding platforms, including RocketHub, and IndieGoGo. CircleUp is crowdfunding for startup investors. Those sites offer tools to organize your project and find fans. Use plug-ins such as Ignition Deck if you’d prefer to run crowdfunding on your own blog.

Why is crowdfunding the future of selling sound effects? It’s like bundle collections, but supercharged.

It brings the field recordist in direct contact with fans. Fans may request sound effects, perspectives, or tech specs. This allows a recordist to discover, and deliver, precisely what fans want. Even bundle Web shops run a bit of risk when creating a pack. It may not sell. When crowdfunding a sound library, you’ll know exactly how well a collection will do before it’s started. Crowd-funded libraries are customized for fans. They will always sell. After all, if a product is precisely what you need, you’re more willing to support it. Crowdfunding guarantees success before even raising a microphone. It eliminates risk completely.

Of course, it’s not that simple. The format is still evolving. Kickstarter entrepreneurs must be certain they can complete the project, even before it’s offered. Planning to record a drag racer? You better ensure you can schedule a race. This, incidentally, shows another similarity between these last two options: the closer the link between the creator and fans, the more responsibility a recordist has to deliver.

But most importantly, crowdfunding needs an audience. It can’t work without one. In this way, the importance of a crowdfunding community is similar to bundle shops. However, it’s far more pronounced. It’s pointless to begin crowdfunding unless you already have a strong community, or access to one. This takes years of listening to fans, respecting them, and responding to them with care. This is something a busy recordist may not have the time or aptitude to nurture.

It’s important to note this can’t be rushed. A community, just like any relationship, must be grown carefully and consciously. Sure, you can buy a mailing list and spam deals. You may even get a few sales. However, this won’t create a community in an authentic way. It will attract the wrong fans, and compromise relationships with the best ones.

And this highlights the largest difference between this method and the others. Crowdfunding changes the nature of sound effects distribution utterly. It evolves sharing sound from a sales pitch into a service. For fans, it’s the difference between picking through a buffet for your lunch, or a chef bringing a special meal to your table. For you, it becomes a gratifying way to create, and give people exactly what they need.

Why did I turn down that sound editing career I described last week?

I turned down that work because I wanted a direct relationship between what I was creating, and the people that receive it. You can find this bond by sharing sound. You’ll know immediately if people find your work helpful, or prefer a change. It is more helpful financially and creatively.

This is what bundle Web shops and crowdfunding achieves. It brings creators to fans. Field recording, delivery, and the appreciation of sound effects become closely bound. Fans request sounds, and support recordists when buying them. Creators can express their work, and receive feedback instantly. This means both the creators and the fans become fulfilled. It creates a reinforcing feedback loop that produces superior recordings, enhances projects when they are used, and inspires all listeners who hear the work.

So which is your choice? Is a physical library, an à la carte Web shop, a bundle store, or crowdfunding the best for you?

I mentioned the first two options are becoming obsolete. It’s true that people will always buy physical libraries, and à la carte downloads. However, the stores are not efficient. Why?

What about à la carte Web shops? Unfortunately, they’re complicated and expensive to run. More importantly, the relationship between the recordist, store, and customers is faint. These shops assemble collections they guess will appeal to people. It’s a risk for the shop.

Just the same, an à la carte store is a fantastic way to get started selling sound – if you own a sound library. There’s no better way to share your collection with millions quickly, and with little risk. I explain these ideas, how you can choose the best Web shops partners, and more, in my upcoming e-Book, Selling Creative Sound. It’s the way I began, and I recommend it. (Just don’t build an à la carte shop yourself.)

It’s best to begin this way, and gradually work toward the final two options: bundle Web shops, and crowdfunding. These technologies are still evolving, so there’s no rush. And, you’ll need time to connect with fans of your work. Begin this now. Mingle with other field recordists and share your tracks.

I’ll be writing more about this in a book I’ll be publishing later this year.

The obvious goal of crowdfunding or running a bundle store is to earn a larger portion of cash for your work.

However, they provide more: they bring those that create sound together with those that crave it. Sharing sound becomes less about commerce, and more about creativity, and fulfillment. Your field recording craft will flourish. You’ll capture better clips for increasingly dedicated fans.

And this will reinforce the entire reason any of us became involved in audio: to express your ideas through sound, and share them with listeners worldwide.

Do you have questions about sharing sound libraries? Contact me. I’m happy to help you with your library and answer your questions.