You are here: Home / Mastering / Why Envisioning Sound Effects Improves Them 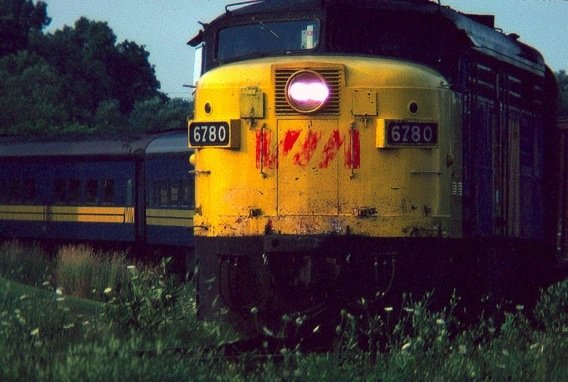 Last week I shared a simple train recording, and explained how I cut it in Pro Tools.

Of course, many of you have cut vehicles like this before for your own library. So, the focus was not as an editing or mastering tutorial.

Instead, I wanted to explore another idea: how envisioning your sound effects improves them. When you conceptualize every stage of field recording – from research to archiving – your recordings strengthen. Mastering your sound clips before you record them informs your technique and enhances your sound library. How?

I’ll conclude the series describing why I cut the train as I did. I’ll share ideas you can use in your own field recordings, and explain the benefit to mastering your tracks before you record them.

Why I Cut The Train This Way

Why did I choose to cut the train as I described in the last post?

My editing background is in film and TV post. I always imagine how those sound editors need tracks when I record. I capture takes or perspectives that will help their workflow.

How do post editors prefer sound effects? They like modular tracks . In other words, they need building blocks. Long tracks that vary over time aren’t helpful to them.

For example, consider a train recording that includes it arriving, passengers exiting, baggage loading, then departing. This is a pain for post editors to use. Why?

It has to do with the way they edit sound. It’s unlikely the train scene in their project performs the same as your recording. For example, the train in their movie may have no crowd. This means that sound editors must import the entire long track, then manually remove the passenger sounds before they even begin to use your file. This slows them down.

These editors want sound effects that match the performance of train on-screen. So, if their train is departing at a crawl, they want a mastered sound effect with the same speed. Warping a fast departure clip with choppy editing and time-twisting so that it seems slow is difficult and time-consuming. Such heavy editing can also make the result sound lumpy. It’s always better to find a sound effect that is as close as possible to the action on screen.

The solution, then, is to split recordings into distinct performances. Let’s look at the example above. That track is best split into:

These discrete clips allow sound editors to add only the performances they need. They can drop just the clips they want into their timeline with little editing.

Other examples are capturing identical train movements from both inside and outside the train. This could accommodate for a film scene that switches back and forth between the perspective of a character on a platform waving to another riding inside the train as it departs.

Contrast this to recording continuously, in a single take, as you walk around the train gathering sound. This may be tempting to do, since trains are rarely under your control, and you have to move quickly to capture all you can. The problem is that continuous recordings are harder to tell apart, and to master. It’s also difficult to isolate performances, and evoke distinction from them.

Instead, for my listeners, it’s best create a new take for each performance. My audience likes modular tracks that are clearly defined. I sever performances from others, creating distinct fast, slow, then sloppy door slam takes. Then I work hard to pull interesting voices from each performance.

Of course, your audience will be different.

What does this have to do with mastering a sound effect before you record it?

It’s true that at first, field recording may seem like a simple process; you merely set up equipment, record, and perform the sound effect.

In reality, field recording is part of a much larger process. I alluded to this in my e-Book, Field Recording: from Research to Wrap. In that book, I explained that a solid field recording session begins far before equipment is assembled. It involves research, scouting, recruiting people, and more. These are all steps that happen before, and during a shoot.

However, a good session also considers the process sound effects play after they are recorded. This includes describing, catalogging, and archiving a sound. It also involves mastering. It’s important to consider these steps, before, and even while you’re recording in the field.

How I Considered Mastering While Recording

But how did I master the train sound effect before I recorded it?

I arrived at the station, and knew the train would be departing quickly. I sized up the location. I knew the volume of the train would increase with air releases. Some trains depart with horns instead of bells, which are quite loud. Too close wouldn’t do. That would risk distorting the take. A distant position would absorb traffic from the city. I chose a medium-distant POV.

Most importantly, I thought about which perspective would be most useful to film editors. Blending crowd with train maneuvers is less useful, so I shied away from them.

Since time was limited, I set my pick-up pattern to 120˚ to capture the air releases on the left, and the bell and engine on the right, gambling to get the best of both worlds.

It was a bit windy that day. I sheltered the recorder behind impromptu baffling, which took care of buffeting blow-outs I knew would be irritating during mastering.

I rolled long enough to get a good sampling of the idle that I could cut arround, with a variety of air releases. I was actually ready to reposition to focus more heavily on the locomotive when it began to move.

I envisioned the waveform of the departure as the train left, picturing the long fade I eventually applied in Pro Tools. This reassured me that the hint of city drone on the file’s tail wouldn’t be an issue.

I used this approach to separate my train into the idle and departure. I created two bonus loopable idles for ease of use, and a series of sweeteners if editors want to drop individual air releases into a timeline.

How To Master Sound Effects Before You Record Them

How can you master sound effects before recording them? There are dozens of ways. Here are just a few ideas:

Are you not sure how people want your sounds? Learn more about your listeners. Practice mastering. Feel out how sound works as you record it, and when you edit it. Much of this comes from your experience.

Or, ask yourself: how can you record sound effects to make mastering easier?

What do these ideas have in common?

It’s an approach to recording that plans the attack of your session, and frames its execution mentally. It reflects on how the clips will be cut, swapped, and merged afterwards. It considers how others will use your clips by embedding flexiblity, or customization, within them.

So, while you’re not actually mastering sound clips that don’t yet exist, you are structuring the path and destination of field recordings in your mind before they occur.

The Benefit of Mastering Before Recording

It’s easy to run out, flick on your recorder, and capture any sound that lands on your microphone. This will indeed capture audio, and may even do it quite well.

So why bother using these ideas? How is it helpful to consider a sound effect’s destination while recording?

When you consider mastering while field recording, you capture more powerful, and flexible sound effects. Your audience will love tracks recorded just for them. Custom-fit clips quickens their work, and fortifies it. It removes barriers to their creativity. It makes their lives easier.

Thinking about mastering while recording allows you to perform or capture clips that will complement the mastering stage. Articulating each voice, and slating them, helps editing immensely.

This infuses your field recordings with intentionality. It gives your session, and recordings, focus. You’ll find that when you consider your listeners, how they will use your clips, and mastering, that recordings are edited swiftly, and more simply.

It ensures you gather all the takes, or coverage you need. It allows you to record more quickly, and confidently. Mastering these tracks will be easier.

And it ensures that your library will achieve its most important purpose: that it is useful, and prized, by yourself, and your fans.