You are here: Home / Interview / How to Enhance Field Recordings with Story and Passion – Interview with Rob Nokes

I’ve written in these pages that field recordings have great power to become more than simple data files. A thoughtful recordist can add personality, emotion, and meaning to the sound effects they record. To do this, a recordist must invest themselves into their work.

One field recordist who practices this is Rob Nokes.

You may have heard of Nokes. He is a Hollywood sound recordist who has contributed to films such as Snow White and The Huntsman, X-Men First Class and 3:10 to Yuma. He is also a sound supervisor, having helmed projects such Bones, and The Finder.

He is well known for a relentless approach to capturing only the best sound effects. He has pursued seals and walruses while recording in Uruguay, and flown to Khazakstan to gather tribal recordings for the film Nomad.

What you may not know about Rob Nokes’ work is how he uses his passions and experience to enhance his sound effects recordings.

To learn more about this intriguing approach to field recording, I asked Nokes about his past, the impact of a sound library, the characteristic projects he’s joined, his current projects, and more.

While Nokes now spends time between South America and Los Angeles, his career originally began farther north. Rob began exploring sound with a cassette recorder at age 10. Multiple cassette recorders followed, then included an Amiga 500, and a Tascam 4-track. It was this exploration in part that led him to attending the Ontario Institute of Audio Recording Technology (OIART) in London, Canada. Afterwards, he moved to Canada’s post-production capital, Toronto, and began working at Master’s Workshop studio.

He was originally hired as an assistant by Jim Frank and Terry Gordica. During his time there he had an opportunity to watch sound effects editor Dan Sexton create sounds for the film Scanner 2. “That’s when I realized my path,” Nokes explained. His interest strengthened while working with John Hazen and Steve Gorman. “This was furthered when I was fortunate to work with Peter Thillaye on Green Contract,” Nokes added.

Later Nokes began working with Greg King from the sound editing collective Sound Dogs. This was when Nokes began to invest more time into field recording. It wasn’t merely adding bulk Sound Designer 2 files to the library. The Sound Dogs had a plan for their collection.

“Greg King wanted a distinct sound for Sound Dogs’ movies,” Nokes explained. The idea was to use their sound effects library to contribute to an identifiable “Sound Dogs” impact on the films they cut. This wouldn’t be possible with existing stock sound libraries. “Fortunately for us both I was very eager to record a lot for everyone.”

Both King and Nokes knew that a well-recorded, mastered, and organized library would benefit not only their work and mark their creations with a unique voice, but would also have a larger effect. “These recordings also built relationships that in part helped us settle in LA,” said Nokes.

Once in Los Angeles, the Sound Dogs library evolved. In 1997, sounddogs.com became the first commercial sound library on the Web. Nokes began acquiring copyright and distribution rights to esteemed sound collections, including the Master’s Workshop, Casablanca, and SoundStorm libraries. Dozens of other libraries join them, and now contribute to the largest Web shop of music, samples, and sound clips online, with over a half million sounds.

Nokes continued editing, supervising, and recording sound for feature films and television. His work began to take a particular focus; it aligned with his passions outside of film.

If you’ve spent any time with Rob, you’ve likely heard about his history with sports, in particular horse racing, and hockey. Nokes explains, “I have played hockey since the age of four, and worked on a horse track from the age of five to 19.” 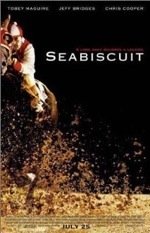 Nokes’ projects began to mesh with his passion and experience in these sports. He recorded sound effects for Seabiscuit, a film about the legendary racehorse set during the Great Depression. He returned to recording horses later on the Disney picture Flicka. And he became deeply involved in the movie Miracle, a picture dramatizing the clash between the American and Soviet Olympic hockey teams in 1980, at the height of the Cold War.

Nokes had spent years pursuing these sports himself. They contributed a strong impact upon his work ethic: “Horse racing taught me about money and peoples’ motivation, and hockey taught me about determination and teamwork. I think the two sports has taught me how to blend in with other cultures and communities.” 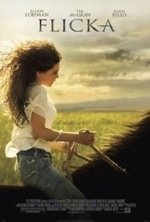 In addition, he used decades of knowledge to capture rich, unique effects. He knew track politics. He had learned how trainers, jockeys, and owners worked. For example, knowing the sport of horse racing led him on a broad search to find rare racetracks without intruding modern PA so his recordings would match sounds from the period. Where another recordist may have labelled horse tracks as merely “feet,” and tagged them with a vague speed, Nokes worked to capture a broad range of highly-specific movements: walks, trots, canters, gallops, and runs. He covered a range of vocals, including whickers, whinnies, shouts, and screams. The untrained ear may not recognize the difference, but experts in the sport would. Nokes sought to maintain the authenticity of horse racing, and add to the storyline of the features. 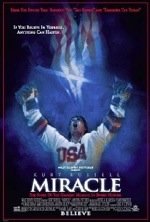 During Miracle he experimented with a range of equipment on the ice, all informed by his years of playing hockey. This included a variety of pucks, sticks, and even skate blades. Wrist shots, slap shots, and more were performed and labelled diligently to provide a distinctive shape to the recordings. Multitrack recordings captured body checking impacts on rink boards, goal shots, and more. He recorded skating manoeuvres with a variety of player energy and strength. The result was a library recorded with years of understanding behind it.

Nokes is employing the same technique on his current project, the animated feature, Planes. “I have been on Planes for 15 months,” Nokes explained. “I know such much about Planes now… and there is still more to learn.”

The Effect of a Personal Approach

What does this experience and depth of knowledge create?

A finished film is the contribution of an entire cast and crew. In the same way, Nokes doesn’t see his field recordings as work done in isolation. To provide strong sound effects, Nokes feels that it is essential to include something more: the narrative of the project.

“If sounds are shot with a story in mind,” Nokes explained, “they shape your focus to record the best sounds for that story. The story direction is a must to generate recording ideas that will work in the cutting room.”

And the best way for someone new to sound begin building these skills?

Nokes’ advice: “Volume, volume, volume,” he says. “More sounds, louder, and as many POV’s as possible.” And, he suggests, forget about the cash.

“Money is hard to come by, so do it because you love it, not for money. I record for free if the situation is exciting.”

Many thanks to Rob Nokes for sharing his thoughts and experiences!