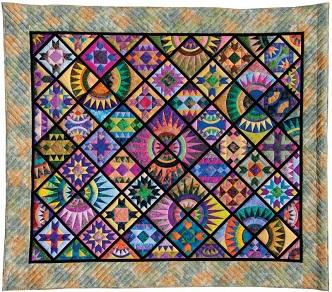 I’ve written before that my favourite sound effects are field recordings of other cultures and places.

Usually I’ve recorded these in dense, cosmopolitan cities. Why? When you’re on a deadline it’s the most efficient way to capture a diverse selection of rich sound effects.

But of course not all culture is urban.

This was part of the reason that I found myself in New Hamburg, Ontario last month.

New Hamburg is a township of 8,000 people an hour and half west of Toronto. I was comfortable recording people and cultures in cities. I wanted to see if I could capture life via sound effects in a rural community too.

I had been given a tip. Every spring New Hamburg hosts the Mennonite Relief Sale. This weekend-long event raises money for relief and service projects worldwide. Although tucked away in unassuming middle-Ontario, it was known to draw flocks of distributors nationwide for one reason: the quilt auction.

Mennonites are a Protestant community. You’ve likely seen the (largely inaccurate) stereotype: simple dress and horses and buggies. I knew nothing about their religion or practice.

So, I jumped at the opportunity to learn about a different way of life and also to record one of my favourite sound effects: auctioneers.

I had been told about the scope of the quilt auction. Still, it wasn’t enough to prepare me for what I encountered.

Stunning, intricate handmade quilts were auctioned for thousands of dollars to an arena packed with scores of bidders and thousands of spectators.

That’s right, spectators. Over 15,000 people attend each year. Why where people watching if they weren’t bidding? It’s part of the charm of the auctioneer. They’re not just salesmen. They’re entertainers.

I had previously thought an auctioneer’s strength was in the speed of their speech. That’s certainly impressive, but they have more subtle skills.

They read the crowd to start a bid at a price that will reel in a bite immediately. They feel for the pace of an auction and know when to step down bid intervals from $100 per bid to $50 or $25.

The best are entertainers. In their yammering speech they’ll slip in jokes, flattery and subtle intimidation.

Bidders claim a price by raising numbered paddles. Often though the claim is a subtle tip of the hand, wave of a newspaper or a slight nod. It was interesting to watch this intimate exchange between two distant people in an arena buzzing with activity.

But it’s often not clear enough. For this reason the auctioneer’s assistants roam the warren of bidders on the floor. They often stand beside bidders and playfully encourage them. When they see a bid the auctioneer may have missed they bellow “yup!” Without looking the auctioneer hears the assistant and raises the bid. You’ll hear their shouts in the samples below.

This is when the auction becomes exciting and the best sound effects occurred. The bid, assistants and chatter ricochets around the arena rapidly, building excitement with the price.

I’m no expert on quilts. To me, they looked like they were well crafted. But the size of the crowd and the flurry of bidding told me differently. They were highly valued. One of the quilts sold for $6,700. Most topped $500.

As soon as I entered the arena I noticed two challenges.

The first issue was environmental. The area was filled with plastic chairs. They creaked constantly as watchers shifted in their seats. The Relief Sale also had dozens of food stalls. Compressors, boilers and fans intruded.

Also, the crowd was load and persistent. Despite being amplified, there was no way I could isolate the auctioneer’s performance.

I was able to minimize the crowd and chair creaking by climbing above the floor to the wooden balcony of the arena. I moved around the circumference of the arena easily. This allowed me to capture a mix of perspectives from the speakers.

Later that day I recorded an auction for lower-priced hardware and housewares outside. I was able to get closer to the auctioneers and capture more nuances from their performances.

However recording outside introduced other challenges. Generators, trucks and machinery rumbled. The fair crowd swirled around the auction. When the auctioneers began the crowd pressed closer to the auction.

To deal with this I used standard recording tricks. I also tried a new perspective on field recording. I’ll explain this in a moment. First, the sound effects.

The first is recorded from the side of the arena. This auctioneer had a smooth style. You can also hear the scope of the crowd. Listen also for the yells from his assistants.

This next auctioneer was recorded at the auction outside. He was my favourite. Once he warmed up he was blisteringly fast. He was also witty and slipped in dry jokes that the crowd loved.

I isolated his performance in the first take, using a narrow pattern.

His performance began to draw a crowd. The crowd reactions began to overlap his performance. I opened the pattern to include the crowd on this take.

The last auctioneer was slower and had an understandable, conversational style. He engaged the crowd directly. While he didn’t have the technical wizardry of the speedy auctioneer the crowd responded differently. The selling was direct and personal. He sold well.

There were perhaps six auctioneers. Each had a distinctive style. Some were unbelievably fast but lacked clarity. Some were slower, focused and engaged the audience directly. I realized the difference was incredibly important. Why?

One auctioneer would cultivate a restless ambience. Others were cheerful. Some were neutral. The auctioneers set the tone of the crowd, and in turn, the entire atmosphere.

However, my primary concern was overlapping crowd.

How can a field recordist accommodate for overlap? I wrote earlier about getting good effects from passive sessions. In that article I mentioned using the 4 P’s : pick-up pattern, patience, position and perspective. They give you an edge in environments you can’t control.

Pick-up pattern certainly helped. You can hear it in the difference between the speedy auctioneer recordings. Patience wouldn’t work since the crowd would be there all day. Positioning was only partially helpful. The crowd was just too thick. So what was I left with?

I used to become discouraged in these situations. I thought it would be pointless to capture the auctioneer with so much crowd. Now, I think differently.

One idea: it’s possible to use the auctioneer sound fx with crowd mixed in. In a mix you can just play the track quietly. Other sound effects can blend with the crowd or hide it. The sharper auctioneer voice will cut through and the crowd will be unnoticed. To me this isn’t the best solution. I’d rather have clean effects. But sometimes you take what you can get.

There’s another way I’ve started looking at these kind of sound effects.

Is this lazy? Only if it is indeed possible to capture a specific sound but you choose a nebulous recording. Instead I think it’s a way of seeing sound effects in their broader environment.

Is this a trick you can use anywhere?

No. It depends on context. Birds have no place in a car recording. Plane flyovers don’t belong on dog bark sound fx. What works?

I’ve found that if the sounds relate to each other broadening your perspective can add valuable context.

Often we’re fixated capturing a precise sound in a specific way. We’re so focused on capturing that sound effect perfectly that we can miss other options.

Aiming for isolated pedestrian fx but there’s too much traffic? Widen your microphone pattern and step back ten paces. Now you have a city atmosphere.

Want clean impact wrench sound effects but can’t avoid the groan when the compressor kicks in? Change your focus to record a machine shop instead.

This is how perspective helps. It creates options in a field recording session. Perspective adds flexibility to our toolbox. It broadens our interpretation of the sound effects. It enables us to see the sound effect with a different focus: not as an isolated sound but part of a larger expression.

It was a good exercise for me. It expanded my scope from perceiving just one element to experiencing the event.

Which was the entire reason I was there, after all.

I recorded other auctioneers a few years ago. It was a liquidation auction of digital animation house in downtown Toronto.