You are here: Home / Creativity / Why Every Field Recordist Needs a Built-in, Shock-proof, ^&*@ Detector 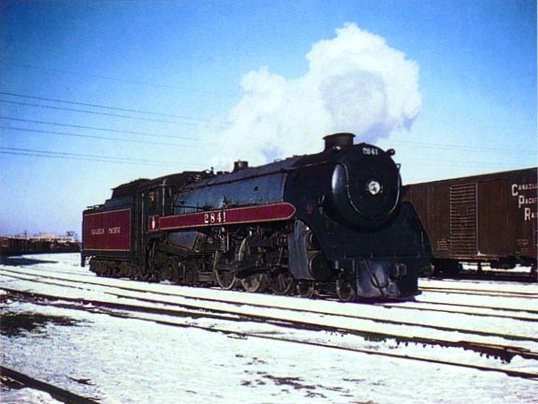 Earlier this week I was listening to my steam train sound effects. They’re field recordings of a Royal Hudson H1e class 4-6-4 steam train. I was gathering them into a sound pack collection (or as I wryly name them on Airborne Sound, ‘Jet Packs’).

Steam trains are in that category of field recordings that are pleasing to hear like streams, rain, thunder or birdsong. I like those trains. They’re cool and have interesting history. But I won’t write about steam trains today.

Instead I will write about revisiting your sound effects library. I thought about this while I was browsing the steam train tracks. I’ll share why the process of mastering then reviewing them years later was important.

And I’ll write why you’ll need only one tool when mastering and reviewing your sound effects library: a shit-detector.

(The language is crude, I know. I’ll explain in a moment the reason I use the term.)

I’ll return to the posts on productivity next week.

Now, I can’t take credit for the recordings. I didn’t record the steam trains. I was approached years ago by a recordist who wanted to sell them to the Airborne Sound library. I bought the license to the raw recordings and now own them.

I want to use these steam trains as an example specifically because I didn’t record them. Why? It shows the effect of revisiting sound fx ‘after the fact.’ After all, the only thing I could personally control was the mastering process. This highlights the process of evaluation.

When I received the sound fx they weren’t mastered at all. And while the recordings were rare and interesting, I quickly found significant problems. All were understandable, given the tricky shoot.

The biggest issues were image shift, level peaks, a lack of slating, and crowd on the tracks (meaning the audio tracks).

I cut around these problems. It pained me to hack off large portions of the audio. I liked the nature of the recordings. The train was rare. It was expressive. I was tempted to save questionable tracks.

What tracks tempted me?

I don’t mean obviously flawed tracks. Of course I trimmed clearly damaged material. However other tracks weren’t as obvious. One example was an onboard perspective with great steam chugging. Within the track I heard faint, distant crowd chatter. I could hear the muttering only when I cranked the gain. At normal levels it wasn’t apparent.

I reasoned that the rarity of the recording justified keeping the track, even though it had unwanted crowd.

But there was another opinion I heard. It came from ‘the voice.’ This voice was telling me to delete the whole track. I wanted to keep everything because the tracks were rare and I enjoyed them. I resisted the voice.

What is this voice? I don’t mean imaginary friends or a religious experience. You know the one I mean. It’s that inner voice that makes you reach for one more glazed donut despite your diet. Or the one that tells you twenty minutes into an hour-long run that, you know, stopping now is still a good effort, right?

The idea of a challenging inner voice isn’t new. In fact, it was given a name more than 50 years ago: a shit-detector.

What’s a shit-detector? It’s not my personal choice of phrasing, but then again, it was used by someone far more skilled with language than me. Writer Ernest Hemingway mentioned the term in this quote:

The most essential gift for a good writer is a built-in, shock-proof, shit-detector.

What does that mean when field recording and mastering sound effects?

It means that the best skill you can have is to be honest with yourself. It means being completely forthright about the quality of your sound effects, even if it hurts.

It’s a gut check. It means asking yourself: is the field recording good? Am I doing the best job I can? Are the mastered sound effects good quality?

Sounds easy. But it isn’t, really. There are two steps and each of them are tough:

I think all creative people hear this voice. Filmmakers, photographers and dancers I’ve spoken with have it. Why is it so hard to recognize and embrace?

I believe inner conflict is a byproduct of creation. You feel conflict during the difficult process of dragging your great ideas, kicking and screaming, into reality. I believe it occurs during the struggle to articulate ideas, moving them from a conceptual realm and acting on them.

Because creativity is nebulous, it’s not easy to evaluate. Stats and gear are easy to measure. It’s not the same with creativity. Because of this uncertainty can creep in. And when this happens it’s difficult to trust the voice.

Part of this is mitigated by experience. With experience you’ll know what sound effects work in your games and films and which do not. You’ll know which microphones are best for your project. Yet while experience helps it won’t solve everything.

Because creation is an emotional act. Emotion is what makes any creation powerful. This is why investing yourself in your sound effects recordings improves them. But it also carries risk.

Sometimes, with certain sound effects, I want to like them. If I think is a sound effect is cool, I enjoyed recording it, or the recording reminds me of an shared emotional experience, I am tempted to give it latitude.

But even though I want to like them, that doesn’t mean I should.

Sometimes the inner conflict may be justified. I know my field recordings more intimately than any other listener. I can spot flaws that others would ignore. This is similar to the way you see every tiny dribble, drip and edging bleed in your living room paint job, but friends notice nothing.

Just the same you must listen to the voice. I liked all those steam train sound effects. But I had to see past that and trust my gut.

Hearing this inner shit-detector voice is essential. Then you must do two things: trust it and act on it. If your voice, or your gut, is telling you something you must obey it.

How will trusting a feeling improve your creative work? It sounds ambiguous, right?

It does. But the voice is your most important tool. Why?

The voice comes from the most honest, unfiltered impulse you have. It’s uncensored. It is raw creativity and judgement without being influenced by ego or financial pressure. This means it is true to yourself and your vision.

The inner dialogue happens while you’re creating. This impulse is a subconscious expression taught by years of feedback, experience and artistic sensibility.

So, once you trust it, then what?

That’s the most difficult step of activating the shit-detector: you must purge.

When your voice is telling you a track is weak it is correct. Delete the sound. If you have a suspicion you padded a sound effect pack with ten extra files that don’t add value, remove them. If you’re concerned that distant problem sounds will make your field recordings too noisy, cancel the session and return another day.

If you’re sharing sounds you absolutely must do this. Your audience demands it. We don’t need any substandard sound effects in the world. Those clips will be the weak link in the greater scope of a project.

And even if the sound effects are for personal use, you’re better off purging. Like the story about Steve Job’s father insisting they paint the back of the fence, your work will improve even if it isn’t broadcast. Otherwise that doubt will haunt you.

It’s difficult. Often we put much work creating or preparing to create. It’s defeating to abandon that. Sometimes you may take a financial loss.

Despite this you must listen to the voice and purge.

Quick tips to hear the voice

Be honest with your answers. Then act on them.

Why you must listen to the voice

Here are benefits to listening to the voice and purging:

Hearing the voice with the steam trains

When I listened to those steam trains earlier this week, I heard small errors. I immediately knew it was because I hadn’t listened to the voice well enough. It was years ago, sure, and I’ve learned a lot since. But it was an important lesson: I had wanted to like the steam trains. I spent good money buying the license to them, so my mind convinced me to keep tracks I should have removed.

Admittedly, the errors weren’t large. Often it was a fade that could have been smoother, a name that could be more precise, or a steam whistle that was too short to be useful.

This week I ruthlessly removed the weak tracks. Now I have a steam train pack I stand behind 110%.

Was it tough to be brutal with those tracks? Of course. It gets better with practice, though. And now I’m completely confident of the material.

This is why it’s important to revisit your sound library. You’ll have perspective from more experiences or a keener artistic sensibility as time passes. Review your sound library to polish your tracks to a brighter shine.

After all, as Leonardo da Vinci said:

Art is never finished, only abandoned.

Here’s an example of one of the tracks.