You are here: Home / Creativity / Why You Must Know The Yin and Yang of Sound – And Embrace It 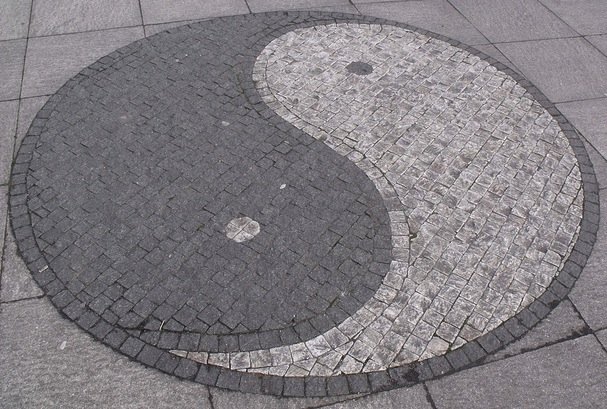 Shortly after the new year I made a list. It was my sound effects new year’s resolution list for 2012.

There were a dozen things on that list. Some were mundane tasks that I needed to finally complete. Some were exciting ideas like creating field recording apps and new websites. Others were events I wanted to record like races or festivals.

What about you? Is your ‘to record’ sound effects list outracing what you’re editing? Do you look back on your work week exhausted but have trouble naming exactly what you’ve done? Do you wish you could be doing more?

All this has made me think about the role of productivity in sound.

When people say they’re productive they mean they get things done. Sometimes it means doing things faster or better. It’s crossing off lists.

It’s no different with sound pros. It could be finishing designing the sound concept of a video game character. It could be capturing a 300 sound effects a year. Perhaps you need to deliver a completed TV episode by Friday.

In today’s article I’ll explain why. I’ll write why productivity works differently for sound effects field recordists and editors. I’ll share some ideas on how you can boost productivity and achieve goals.

In the following weeks I’ll offer specific tricks and tips for getting sound tasks done faster and better.

Contents hide
Why is productivity so important?
3 Sound Productivity Challenges
Sound: working from a deficit
Creativity in sound: the challenge
Creativity vs. productivity
The yin and yang of sound
Getting out of the trap
Two tricks to boost productivity
Focus
Action

Why is productivity so important?

Do you ever feel like you have thousands of ideas swarming you brain? Overwhelmed by endless tasks?

Months flipping by? 2012 is almost half-over. Can’t recall what you’ve done since January?

Maybe you’re chipping away at dozens of tasks but accomplishing none of them? A sensation of treading water?

I know the feeling. I feel this way whenever another month has slipped by and my goals feel no closer.

Productivity is a benchmark for success. We feel better when we’re productive. When something is produced it is easily quantified, measured, experienced and consumed.

As sound professionals much of how we see ourselves is based on what we physically produce: a reel delivered to the mix, mastered field recordings uploaded to the sound supervisor, ADR scripted and recorded.

The problem with productivity for sound pros is when you consider three things: sound, creativity and methodology.

The yin and yang of sound

Why is being productive, or not, so important to a creative craft like field recording and sound editing?

When we don’t produce work we lose motivation. Sometimes it works the other way: we’re unmotivated so we don’t feel like working and don’t produce.

It doesn’t matter which comes first. The problem is that it creates a dangerous effect: when you’re not productive or motivated your creativity oozes away. And creativity is essential to doing sound work. Since the quality of a sound pro hinges on creativity, lack of productivity is threatening.

Not motivated? You will design weak sounds. It’s hard to be creative when you’re not motivated. You’re not inspired.

Not productive? You won’t create anything.

It’s professional quicksand. It’s a self-perpetuating cycle that is hard to break. This is one reason why sound pros that have long breaks between gigs find themselves in an unmotivated slump.

This is why productivity is just as essential to a sound pro as creativity, insight and technical skill. Like the Taoist concept of Yin and Yang, creativity and productivity for sound professionals are opposite yet interconnected.

Getting out of the trap

So you’re unmotivated and not producing anything. Because of this your creativity is draining away. How do you get out of this trap?

I wrote about ideas to recharge your creativity in an earlier post. But lately I’ve tried a new method: forcing productivity.

I’ve found that when you force yourself to produce without expectations, creativity returns.

How do you do this?

To stay productive I use two families of tricks: action and focus.

I think productivity in sound is defined by two things: focus and action.

In other words, deciding the one thing you want to work on and doing it. Sounds simple?

It’s not. Focus is often undermined by distractions. Sometimes it is because you are overwhelmed with options. Action is undermined by a lack of motivation or having too much to do.

Then how can you use focus and action to get things done so your creativity will return?

Focus is a passive way of achieving productivity. It’s passive in the sense that you’re not actually actively doing anything. It’s mental. You’re making decisions.

I focus with six techniques:

This is the active element. These are tricks you can physically try to make sure you keep producing.

Here are the tricks I use:

What are each of these? How can they help you be more productive and creative?

I’ve run out of space here. I’ll describe each of them and how they can help you in the next weeks. Stay tuned.