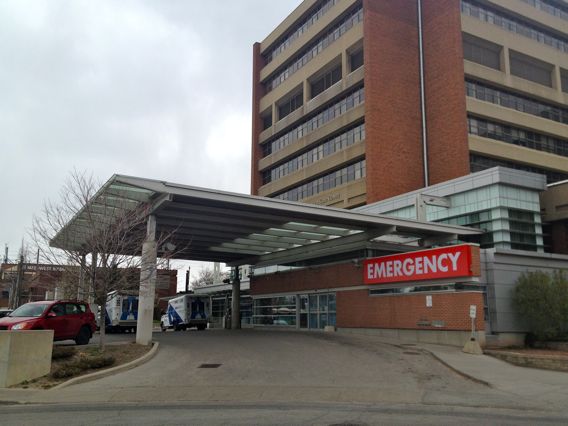 So, your wallet is light but you need to record the best sound effects possible. These days there are dozens of portable field recorders priced as low as $200.

In the last two weeks I’ve been testing a new portable field recorder, the Sony PCM-D50, to answer this question.

I’ve been comparing how the D50’s field recordings respond in various environments: quiet and thick, saturated and sparse. I’ve been recording both atmospheric ambiences and specific sound effects.

Most of those recordings have appeared in my stealth and guerilla field recording review of the Sony D50 on the Airborne Sound blog. I have a microphone shootout planned for next week, so I’ve been contrasting the Sony D50’s built-in microphones with the onboard mics of the Zoom H4n recorder.

In this post I’ll try something a bit different. Instead of using the D50’s built-in microphones, I’ll see how the recorder pairs with an external microphone, Sonic Studio’s DSM binaural mic.

At the end of the post I’ll have some field recordings of hospital ambiences. You can judge if a budget recorder paired with an exterior microphone can capture good sound effects that are worth the cost.

Why use an external microphone?

Compact, portable ‘prosumer’ field recorders all ship with their own microphones. I’ve written earlier that the D50’s native electrec microphones do quite well representing clarity, depth and richness. Why use another?

At Airborne Sound we travel around the world trying to capture field recordings to convey a sense of place, and, once in a while, transport listeners via sound to another environment.

So, while the D50’s microphones are good, I found myself wondering how well it could do in capturing immersive sound on a sub-$1000 recorder when paired with a high-quality exterior microphone.

One way to capture rich, detailed sound is to use binaural microphones. Binaural microphones record sound by matching our natural ear spacing. The result is that binaural recordings convey an incredibly immersive sense of space when played back in headphones. 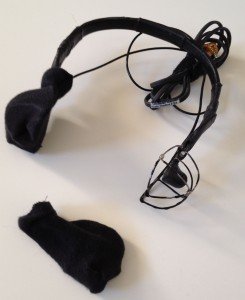 Sonic Studios has a line of binaural mics. Their tiny microphones are mounted on a plastic headband within a wired windscreen cage. The headband and cage are not strong. I’ve repaired and re-soldered them a few times. They’re necessary, though, since recordings made outside without the windscreen are destroyed by the slightest breeze. You can mount the mics on sunglasses arms, but this is only useful inside.

They’re not cheap, starting at $700 a set. I’m going to include a link to their site, but brace yourself. They have possibly one of the most hideous websites the Internet has to offer.

The microphones, however, are another story.

How does the DSM microphone sound? Before we get to the results, here are a few observations I’ve made over the years:

Keep these things in mind when listening to the samples below.

I dusted off the DSM last year and recorded some samples of Toronto’s main train terminal, Union Station. You can begin to get an idea of the microphone’s character from those recordings, which were captured with a high-end recorder, the Sound Devices 722.

But how does it rate when matched with a prosumer recorder?

Using an external microphone with the Sony D50

I’ve been leery of using external microphones with consumer recorders.

Why? The preamp quality of consumer recorders usually match the price.

An inexpensive recorder may have a cheap preamp. This means that powering an external microphone will taint recordings with hiss or inadvertently ‘colour’ the sound.

Usually, you’ll either use a pocket recorder with its built-in microphones, or leap ahead and spend much more for a recorder with better preamps specifically made to work with external microphones.

So, I didn’t expect much when plugging in the binaural microphone.

Yesterday I recorded a few sound clips of hospital ambiences. I tried out the microphone in a number of different environments to see if it would be overwhelmed in sonically dense locations, and also cleaner ones. I recorded in places with a variety of motion and detail.

I did notice that the DSM did require more power or level from the D50 to capture sounds.

Listen for depth, clarity, positioning and sound-stage. Also listen for the preamp. Does hiss interfere? Do the recordings sound brittle, or drenched in bass?

Sound effect: hospital hall. This was recorded at the end of the day when most of the staff were leaving. There are details from doors closing and some close passing voices. A cleaning machine creates a faint whine in the distance, behind a closed door.

Sound effect: hospital clinic office. This recording is of a small clinic with offices within the hospital. It was flooded with rumble from a nearby vent, which I reduced when mastering. There are a range of sounds at various distances and breadths. This will give an impression how the microphone handles stereo imaging and distance.

Sound effect: food court. A large area with a low ceiling. I wanted to test this area because it was saturated with noise. Fast food stalls, fridge compressors and blenders competed with crowd chatter. Previous recordings made with the H4n here were too dense to be useful. I wanted to see how the DSM functioned with the D50 when bombarded with sound.

Sound effect: hall with elevators. This recording is less noisy than other areas. The elevators had automated speech (“going up!”), and bells when they arrived. There’s also a slight whistle from air slipping under a door somewhere. It disappears whenever the door is opened then slowly builds as pressure increases when the door closes. There’s a hall to the right, where you can hear distant bustling crowd.

How about comparing the D50’s internal microphones verses the DSM?

Here are a few sounds cross-posted from the Airborne Sound blog. Compare the sense of depth, space and breadth.

Note that these recordings are not mastered.

Another way you may want to think about these recordings is by cost.

The D50 with a DSM is roughly $1400. That’s a lot of money. For roughly the same price you could buy a Fostex FR2-LE and a Rode NT-4. That would give you a full-featured recorder and a respectable stereo microphone, both professional quality.

So why choose the D50 with DSM package? What you’re paying for is size. A D50 with a DSM provides a compact, discreet method of recording sound effects without being noticed.

Since capturing convincing and accurate ambiences requires recording unobtrusively, it’s a good package for a field recordist interested in stealth recording. The preamp works decently for the cost.

Not interested in stealth? You’re better off spend the same amount on a professional, full-featured set up.

Testing continues! I’ll be posting more recordings of this combination in the future.