You are here: Home / Creativity / Recording Perfection Pitfalls 2: How to Avoid the Numbers Trap 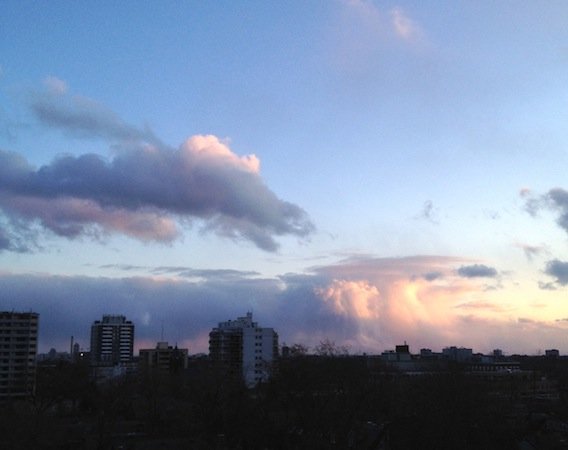 Every field recordist has had problem sounds trample on their recordings.

Maybe you’re recording a dawn chorus when aircraft interferes. Or perhaps that location you’re forced to use is soaked in buzz.

It’s common. The first instinct is to demand complete perfection from sound effects. As field recordists we often expect this. It was certainly on my mind when I recorded fighter jets and protest crowds.

How then do we judge quality in sound effects? How do we get around the problem of perfection?

There are three ways:

Next week I’ll finish this series by writing about the benefit of knowing your goal when field recording, and why Steve Jobs and ‘shipping’ is essential to sound effects success.

In some ways success and failure of sound effects is easy to define.

One way is technical: either you captured the sound effect or you did not. That’s the first hurdle and it’s non-negotiable.

After that, quality becomes harder to define. Is a clip better only because it has a higher sampling rate? That doesn’t seem right. What about microphone choice? Does spending 20% more on a microphone automatically make the sound effects you record 20% better?

Because sound effects are captured by a mostly technical process, they are usually rated in a quantitative way. What I mean by this is that the value of a sound effects library is commonly first compared with numbers: library size, highest resolution, number of files and so on.

The problem is that rating sound clips by ideal numbers alone can lead you into another perfection pitfall: valuing sound effects quality by arbitrary numbers risks overlooking the expression of the sound itself.

I’ll list a few of these traps. Then we’ll see what we can do about it.

Judging sound effects by the numbers

I think it’s natural to evaluate libraries this way. After all, stats help us distinguish one library from another quickly. We assume a 96 kHz, 24-bit library is better and more modern than a 44.1 kHz, 16-bit one, simply based on the numbers. Or that a library with 500 whooshes has more value than one with 50.

Often this way of describing sound effect worth is done for marketing purposes. It’s not a new idea that numbers don’t tell the whole story. I believe it is more critical than this, though.

I feel that expecting quality based on perfect stats runs a risk of weakening your recordings. Why?

The problem is that any of these things don’t make a sound effect good on their own. A high sampling or bit rate won’t make a weak, uninteresting sound effect substantially better. Neither will using an expensive microphone. Emphasizing a library’s number of takes I’ve found is often insecurity of poor quality. And mastering a weak sound won’t make it great in an authentic way.

Think about it like this. Let’s say you have a recording of howler monkeys in a jungle. The monkeys erupt in a burst of cries and hoots. You recorded it at 96 kHz. It has energy and life. Nice work!

But let’s say your client’s project needs to deliver this effect on a CD. Will reducing the quality to 44.1 kHz, 16-bit make it horrible? No, that sound clip will still convey vibrancy. Higher technical stats are preferable, of course. But reducing sampling rate (to a point) won’t make an expressive sound effect useless. Flipping the idea on its head, merely augmenting sampling rate doesn’t make a poor sound effect better.

You obviously can’t use a damaged sound. But sometimes a clip with a lower sampling rate will still work. This is why I feel fidelity and stats are separate from quality.

So, if thinking about sound effects quality with numbers isn’t helpful, what can we do?

What is a quality sound effect?

I believe there’s a better way to judge sound fx quality. In fact, I’m convinced it’s the most important way to improve your sound library. It’s a method that will make your sound effects have impact, personality and life in a way that will be always linked to the sound.

What’s common with these four things? It’s the human element: interpretation, adaptation and skill. It’s what you, as a field recordist, bring to the deal.

I believe your intent, personality and the sound effect’s performance are key elements that separate good sound effects from great ones.

Consider this: which would you rather have, expatriate French ‘loop group’ voices gathered around a U87 chatting on command, or a field recording of a Parisian café? Sure, the theatre recording would have the right stats: sample rate, clean environment, rehearsed script and the best vocal microphone money can buy. It’s also easier to record. But the performance would be controlled, and because of that, lack the authenticity of the café recording.

Adding the human element will give your sound effects quality. It could come from the environment: banter between café customers or witty quips from the server.

But it’s the most rewarding when you, as the field recordist, contribute. You may use your skill to manipulate your position or pick-up pattern so you don’t record traffic outside the cafe, and emphasize meaningful conversations instead. You may target dialects or slang. You may immerse yourself in the crowd’s perspective to focus on the right voices to accurately convey a languid afternoon, or return the next day to capture bustling intensity as people arrive, bolt back espresso and march off to work.

If you’re recording props it’s even easier to contribute: you can put your energy and personal performance into each take.

That seems a better way judging of sound effects quality than measurable, perfection-based qualities like stats, microphone price tag and the amount of plug-ins you line up while mastering. Those things don’t tell us much about what we will hear, or the spirit of the sound.

And, better yet, if you apply these ideas of quality to your field recordings, your sound effects will have value built-in. The quality and life will be inseparable from whatever sample rate, bit rate or microphone you use.

But how do we make sure our sound effects are recorded this way?

How to avoid the numbers perfection pitfall

The good news is that solving this problem is in your control. It doesn’t require courses or a credit card to fix.

How do we ask ourselves if we are recording quality sound effects? There’s two ways of looking at it:

When The Sun Also Rises was published in 1926, it changed the direction of English literature. Ernest Hemingway’s writing was spare and used powerful, thoughtful words where other writers of the time were writing with flowery, bloated language.

He wrote that book in Paris, freezing and broke, with a simple typewriter. He didn’t need Word and a MacBook Air.

Think of your sound fx the same way: you don’t need stats and an armoury of recording equipment to create something meaningful.

You, the field recordist, have the ability to capture sound effects that are vivid and important regardless of what gear you use, or the settings on your LCD display.

Reliable equipment is important. I just think it’s not the most helpful way of improving sound effects quality.

Focus instead on your interpretation of what you are recording. This will be your personal impact on the sound. Approach recording in a way that emphasizes the character of the sound and how it speaks. If you capture these aspects of the sound well, the quality of the sound effect will be embedded in your recordings. It will speak louder than your recorder model, microphone or sampling rate.

Recording gear is just one example. The idea is to think about pulling the right voice out of the sound instead of thinking about quality as something perfect you can purchase or measure with stats.

I believe emotion and intent always trump quantitative, statistical measurements of quality. This is true the sound is completely damaged, but of course, if that’s the case, you won’t hear the evocative nature of the sound anyway.

What about sounds that are already in your library?

Use the same attitude of highlighting personality over settings.

I perform a no-BS quality check on my sound effects when mastering. I also do spot checks on the Airborne Sound library.

Here are questions I ask myself:

If I have even the slightest doubt a sound effect I recorded is interesting, useful or technically sufficient, I delete it immediately. I trust my gut. I don’t want to be second-guessing my own library when under pressure to finish a gig. I haven’t regretted this practice yet.

In a similar way, I don’t erase a sound effect just because it has a lower sampling rate, or is older. If it is meaningful or useful, it has potential to contribute.

What this means to you

It’s understandable to see sound quality as something measurable with numbers. It’s our first, natural reaction.

However thinking about field recording quality in this way is another perfection pitfall that is best avoided.

The problem is that the numbers are not directly related the character of the sound itself. What does the sensation of hearing a race car ripping by have to do with file size or turning dials on a recorder? The excitement you feel when you hear that NASCAR racer drive past is not intrinsically related to stats. That engine sound was cool before you turned on your recorder.

Yes, there certainly is a threshold. You can’t write a novel with a broken pencil. You can’t capture meaningful sound effects with a tin can, a piece of string and duct tape.

If you can choose a higher sampling rate, do it. This idea isn’t justification for using cheap recorders when others will help you do a better job. A guitar tuner microphone will only go so far capturing meaningful audio.

The important thing is to think first about how well you convey power or significance in your recordings. Better settings can supplement. But if you don’t have expressive, meaningful recordings, stats alone won’t help.

If your sound effects have a better capacity to scare, create drama or manipulate or convey emotion, they will be high-quality regardless.

The role you play

Thinking about sound effects quality in terms character and expression does more than help you avoid a perfection trap based on numbers and gear.

It involves you in the process as a unique creator. It makes your sound effects recordings linked to you. The more emphasis you put on the character of the sound and what you contribute means you record stronger, more meaningful sound effects.

It’s liberating. That $4,000 gear package you felt was out of reach? Don’t worry about it. You already have the tools you need: your sensibility and sensitivity as an audio creator.

This makes the role of a field recordist more than a mere witness. It embeds your interpretation and personality into recordings. This guarantees the voice you give each sound will translate into powerful sound effects.

It has the potential to change a random collection of sounds on a hard drive to become your sound library: creations that carry your style.

That’s not the entire solution, though. There are two final pieces that will help you escape the concept of perfection. These are related to your goal, and to shipping.