You are here: Home / Creativity / How To Add Personality to Your Sound Effects 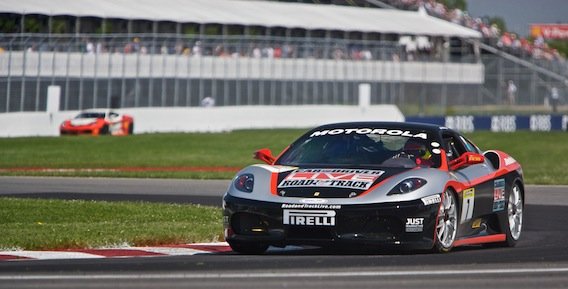 Over the last two weeks I’ve written about recording race car sound effects for airbornesound.com. This post will wrap things up with a description of how I specifically tried to evoke character from the session.

Bringing personality to recordings when you can’t control the environment or performance is tricky.

Last week I wrote about how to regain control in passive field recording sessions.

Today I’ll explain a technique you can use to bring personality and life to your sound effects recordings. I’ve found it works in both passive and active sessions. I found it especially helpful during the IndyCar recordings.

Although races are populated by mechanical things, they do have potential to be more expressive than simple point-and-shoot recordings.

Races are thrilling places. At a race you are surrounded by the press of crowds, squawking PA and beer gardens. The race itself envelops you in overwhelming, muscular sound. The engines are strong, precise and insistent. It’s exhilarating.

But how, as a field recordist, do you capture this? The sensation is intangible, so how can you influence or accommodate for it?

I’ve found that you can add richness, depth and variety by using another simple tool: articulation.

I’ve previously mentioned the idea of using projection when field recording. I use it to adopt the subject’s view to better understand their motivations, or what they feel. In the case of machines or nature, I use it to imagine how the sound makes listeners feel.

I believe it is also useful to articulate what I am hearing. I don’t just press the record button and receive sound. I try to imagine the sound effect as it emanates from the source. I think about what elements combine to make the complete sound I’m hearing. I try to imagine every way that the sound can be affected and altered. I break it down into separate elements.

For example, I mentioned in an earlier article about trains that you can evoke different recordings by identifying the differences in the train’s voice: type of car, locomotive, cargo, track gauge and type.

Livestock cars will sound different than tankers. Electric trains have different voices than steam trains or diesel engines. These are broad differences. But there are also smaller variations in the sound that can create entirely new, fresh and distinct recordings. For example, the type of rail, direction, incline and speed all contribute to new voices, even from the same train.

You can emphasize some of these things over others. You can balance them. Doing this will bring personality to your recordings and give them life. You’ll have access to a broad range of expression.

So, when I’m recording, I break down what I’m hearing in terms of:

What similar options did I have at the race?

Here’s how I articulated what I was hearing to draw personality from the Honda Indy:

The cars in each race have strict specifications. They are limited to certain engines, tires and chassis dimensions. All of these things contribute to each car’s distinct voice. No two races sound alike, either in engine or performance.

In this case, knowing the machines is important. Researching your subject before the shoot is crucial. It helps discover why the sound you are recording is special. Then you can focus to capture that voice.

I knew that the IndyCars had 650 horsepower. The engines would be high-pitched and intense. I wanted to focus on capturing the pinched, whining sound to convey the intensity.

The NASCAR engines grumble instead. They felt heavy and powerful. I wanted to convey a lumbering, brawny feel to the recordings.

For example, listen to the difference between the NASCARs and IndyCars.

I find that this technique can work with any sound.

Consider something as simple as a door recording. The voice of a door can be affected by things such as material (metal, wood), age, hinge type, room size on either side of the door, etc. Is it opening toward you or away? Is the knob turned on the side closest to you, or on the other side? All these affect the voice you capture.

Does this seem like overkill? I personally don’t think so: you can emphasize any of these elements to change the timbre of the recording.

Other ways knowing details can enhance a recording:

These details, whether broad or specific, affect personality of the sound effect.

Knowing how a sound is special or different helps you focus and record that distinct character and voice.

No two Formula 1 race tracks are the same. This offers more opportunities for character than oval tracks.

The dynamics of a race track draws different sound effects from the cars. Pair this with microphone position to find distinct sounds for:

Although the differences may seem small, the cars perform differently on each stretch of track. New sounds will emerge from new locations. If you consider distance as well as track type, you have many options for expressiveness based on the car’s response to track conditions.

I had researched the track map on line before going to the race. I was able to see where I could position myself to record acceleration, deceleration, top speed and lowest speed.

Here’s a recording on the straightaway:

I also knew that certain corners were popular for overtaking other drivers. These locations were a gold mine of vibrant driving sounds. Drivers maneuvered unpredictably there. “Unpredictable” means character. It gave the race recordings personality.

Keep in mind how the environment (in this case, the track) affects how your subject will perform. Enhancing some elements over others creates completely new sound effects.

I also thought about race dynamics. At the race this was a factor of density, speed and tone.

Single passes, swarms, waves and packs all created different sounds. Paired with the track conditions, I had an endless variety of expression.

The race dynamics, or performance, had great potential to resonate character and personality.

Think about how the dynamics of the sound can create new voices. A few examples:

An additional example: I break down every crowd recording by density, energy, amount of detail and mood. There’s so much expressiveness possible from people that I don’t just record a simple crowd. I emphasize one of these aspects, then try another take focusing on another.

Highlighting the differences in performance brings vibrancy to your recordings.

Last, and perhaps most importantly, was the race car driver. Each driver has their own race strategy and technique. The style of driving adds character. A driver performing typically makes a boring sound. When their personality or skill affects their driving performance it creates more interesting sound effects.

This is where the human element contributes to a distinct sound. What do I mean by this?

Seeing the difference between a pro athlete and a casual player is easy. I believe you can notice similar things with sound. Pro racers may take a curve tighter and more accurately. A reckless driver may accelerate wildly and too early. Novices may be slower and safer, resulting in more conservative sounds.

Racer Danica Patrick is known to be a patient driver. Scott Dixon was known as aggressive. You can bet you’d be able to tell those drivers apart just by listening.

While these differences may seem minute, they combine to add character to the overall recording.

How articulating sound can create personality

Thinking about the characteristics of sound apart from what you can influence brings a deeper awareness of what you are recording. Project and think about the sound from its own perspective, or how it is influenced by exterior dynamics.

While at the race, I imagined sound as if I was in the car as a passenger. Other times I thought about the sound as a spectator. Articulating these differences in my mind gave me insight about how the sound worked. It helped me realize the range of voice in the race cars’ expression, performance and personality. It also made me aware how it was influenced by its environment.

At a race there are many aspects to consider: engine characteristics, track type, dynamics and driving technique. You can balance these things, or emphasize some over others.

Combine these with the elements you can affect (patience, positioning, pick-up pattern and perspective) and you’re guaranteed to find endless ways you can pull character from recordings that at first appear out of your control.

Using these techniques can have the effect of giving a one-note sound effect character even if you have no control over the performance itself.

It’s an extra little trick you can add to your toolbox to avoid recording flat sound effects during challenging situations.

And in the best situations, articulating these details has great potential to give your field recordings nuance and life.