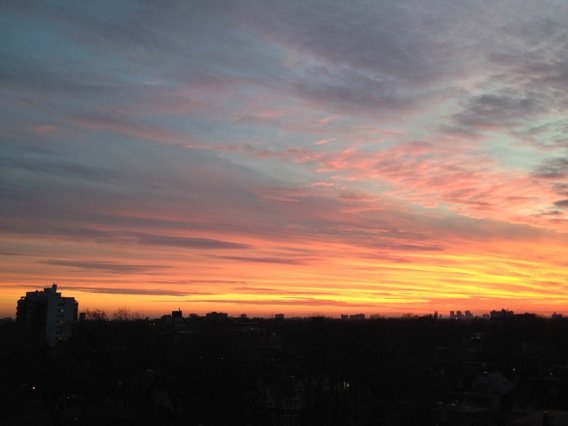 In my last post I wrote about recording IndyCar and Nascar race car sound effects for airbornesound.com. Visit there to read the background of the field recording shoot. You can hear some of the samples of Ferrari and Indy Lights race car sound clips.

I recorded those cars last summer. Since then I’ve thought a lot about that session. The shoot was characterized by frustrating problems I couldn’t change such as music, aircraft, PA and more. It made me think about field recording subjects that are mostly out of your control.

It’s important to capture richness and nuance into your recordings. That’s what gives them character, impact and longevity. As I wrote earlier, I believe a good part of that nuance comes from the recordist themselves.

I wondered how a field recordist could bring richness and depth to sound effects that they actually can’t directly influence at all.

So, using the race as an example, I’ll write this week about what you can and cannot control in a ‘passive session.’

I’ll also share some ideas on what you can do in these situations, and how to approach these sessions.

The article got a bit long, so I cut it in two: next week I’ll write about how I applied these ideas specifically to the Indy race.

If you’ve visited a race, you can’t deny the sense of power and tension as the cars rip and growl around the track. The sound of the engines is incredibly forceful. It surrounds you. It’s exciting.

Recording sound effects of cars passing from a static position isn’t hard. Simply capturing the cars can be done by connecting cables, setting levels and pressing a button.

Finding good levels at the race properly wasn’t especially challenging. The loudness of each race didn’t vary much. I set the levels per race or perspective, angle or distance. The tricky thing was guessing the level for the start of the race, before any reference was possible.

But even this wasn’t hard. Although each race had similar levels, generally the more advanced engines were louder. This helped with the guesswork setting levels.

I mention how easy things were not in relation to skill required, but more in the context of involvement.

After a point the shoot became predictable. I could have actually set the levels once and let it run for six hours. That would get the sounds on tape, but it wouldn’t get what I was after: emotion.

In the best conditions a field recordist can directly influence the performance of a sound. This can occur in Foley theatres, or when directly manipulating props whether fireworks or snow blowers.

This type of recording can produce strong sound effects. They’ll have character directly related to the recordist’s skill manipulating the sound’s expression, or how it is technically captured. Since the field recordist can manipulate the source of the sound directly, I call this an active session.

Sadly, this amount of flexibility isn’t the case with all field recording. Often a lot is beyond your control.

And this was the problem with the race. It was what I call a passive session.

A passive session is field recording when you have limited control over the sounds you capture. Other examples are ambient crowd recordings, baseball game cheers, weather, and so on.

There wasn’t much at the race I could directly influence. Access was restricted. Environmental conditions (helicopters, insects, pedestrians, TV) had a large effect on the quality of the recording. And yet I couldn’t change them. And, most importantly, the cars were completely out of my control. I wasn’t driving them. I couldn’t command the drivers to tear up the track or burn out the tires.

The session was almost completely passive. I was relegated to the role of a witness instead of a participant.

I’ve found that it’s important field recordists accept that in passive sessions you commonly have little control over the sound you want to capture.

It’s frustrating, because this lack of control can stand between the wicked sound you want to record and the one that actually makes it back to the studio.

Sometimes you’re lucky and have an entire track to yourself to record a car, or an entire stadium of crowds reacting at your command. But that requires thousands of dollars and connections. Not every field recordist can do this.

So what can you do when the sound is out of your control?

In these scenarios you must adapt. The first step is knowing what challenges you’re facing.

What is commonly out of your control?

What you can’t control in passive sessions

There are two main things out of your control. Unfortunately, they are crucial:

Rain drenching your session? Football game uneventful with half-hearted cheers? A crowd arrives when you wanted to record those church bells? The environment alone can ruin a recording.

A studio recordist has a lot of control over what sound a prop makes. An ADR engineer and dialogue editor can coax emotion from an actor. But a field recordist can’t cause thunder to ripple on cue, or birds to fly away so they can capture a good, clean wind track.

What you can control

That’s not the case. As a field recordist you have important tools to overcome passive sessions.

At the race the only things I could do to affect the recording directly were to:

I call them the 4 P’s. It’s quaint, I know, but it helps me remember them when I’m in the field.

I’ll list how each affects a passive session. I’ve found some are more powerful than others.

A broad term I use for any technical trick you can use with the recorder or microphone.

And there are more, of course. These are the technical things you can change.

Altering these things on the fly will allow you some influence over sounds you can’t control in the field.

Waiting for wolves to howl at night or lightning to strike during a storm? A field recordist has no way of controlling these things.

Many times I’ve been recording patio crowds when a delivery truck stops and idles loudly for what seems like hours. Or I’ve finally infiltrated a hospital recovery ward when air conditioning begins to blast.

In these situations, don’t lose your cool. Wait it out. Every minute will feel like an eternity. Stay calm. These things will eventually end.

Keep the recorder armed with pre-roll. That way you’ll resume recording the instant the environment changes.

I sometimes read books on my iPhone (in silent mode) while I wait it out. It may make me seem less conspicuous, too.

When patience doesn’t work and problem sounds persist you have to pick up and move.

Sound can bounce and flow in unpredictable ways. Sometimes moving to a slightly different location can eliminate problem sounds. Move around, stop and listen. Sometimes you can use props, walls and nooks adapt to the way sound reflects.

Positioning won’t change the nature of the sound itself. You can’t change that. However it is a good trick to use to influence what your microphone captures.

At other times you can move to enhance sounds. At the race moving changed the sound dramatically. The race cars had different voices depending on the track: whines at high speed on straightaways, popping backfire as they headed into a curve. Walking ten minutes around the track provided radically different recordings even though it was the same race and cars.

Anybody can exercise patience. Pick-up pattern and positioning come from experience, but I’d argue that they’re primarily technical and don’t highlight a recordist’s creative strengths.

Perspective does this. By this I mean your personal perspective. I consider this the most important because it features the field recordist as a craftsman.

What do I mean by this?

Whenever I’m recording a passive session I try to think from the perspective of the subject. I use projection. In a previous article about the Occupy Toronto protests I wrote about the idea of projection. This is an idea I’m exploring of placing yourself in the subject’s shoes and recording in a way that accurately represents their mood or intention.

During that session I though about the motivation of the crowd and adapted to capture that feeling. The protestors were furious. So, I focused on representing this by capturing a wild, screaming guy up in a tree berating the police.

If you can project and identify what crowds are feeling, you can capture it with sound. That emotion will imprint your sound effects. It will transfer that feeling to other listeners.

This makes the sessions more fun.

Most importantly, it can immerse you deeply in the recording. It will draw you away from being a remote, uninvolved witness.

It’s a bit trickier with machines or nature. They don’t have motivation or feelings. What I do instead is think about how I want to make listeners feel.

At an ocean you can record soothing waves lapping on a beach. That creates a relaxing feeling in listeners. You can also focus on booming waves crashing on rocks later that day. The same ocean will be threatening, powerful and commanding.

What about machines? They’re not alive of course. Just the same I try to think about the sound they make as emotional expression.

I recorded recycling truck sound effects last year. They were incredibly loud. The operator was a bit rough with the controls. It was easy to imagine the sound as furious and reckless. I altered my position and pick-up pattern to highlight the roar of the engine as it lifted the trash bins or focused on the insistent, needling whine as it compressed trash. Then it was no longer a truck I was just witnessing passively. I was involved interpreting the sound to create an emotional effect.

Technically, this doesn’t actually alter the sound. It does two important things, however.

It changes focus. Armed with this perspective you can alter your technique to highlight emotions.

It also involves you, the recordist, and immerses you more into the session. It can pull you from being a passive witness into becoming a participant.

How to record great sound effects from passive sessions

Sometimes field recordists work in complex sonic environments. It’s common that many sounds will be out of their control.

As a field recordist, it is easy to press a few buttons and settle into the receiving end of a sound effect. This isn’t bad and it will certainly get the sounds on your recorder. However, there’s potential for your role to be more than a passive witness. This is possible even when the sound is out of your control.

Although the environment and performance is beyond your influence, you’re not helpless. Use patience, pick-up pattern and position to change how you receive the sound.

Perspective is also a powerful tool. Project and think about how that sound works and how people will hear it. Think about how it will make them feel. Then use the tools you have to focus and capture that form of expression.

And what about the IndyCar shoot? What influenced the nature and timbre of the recordings? How did I try to make it emotional? How did I take a restricted shoot and make it more active?

I’ve run out of space here, so I’ll describe these in detail next week.