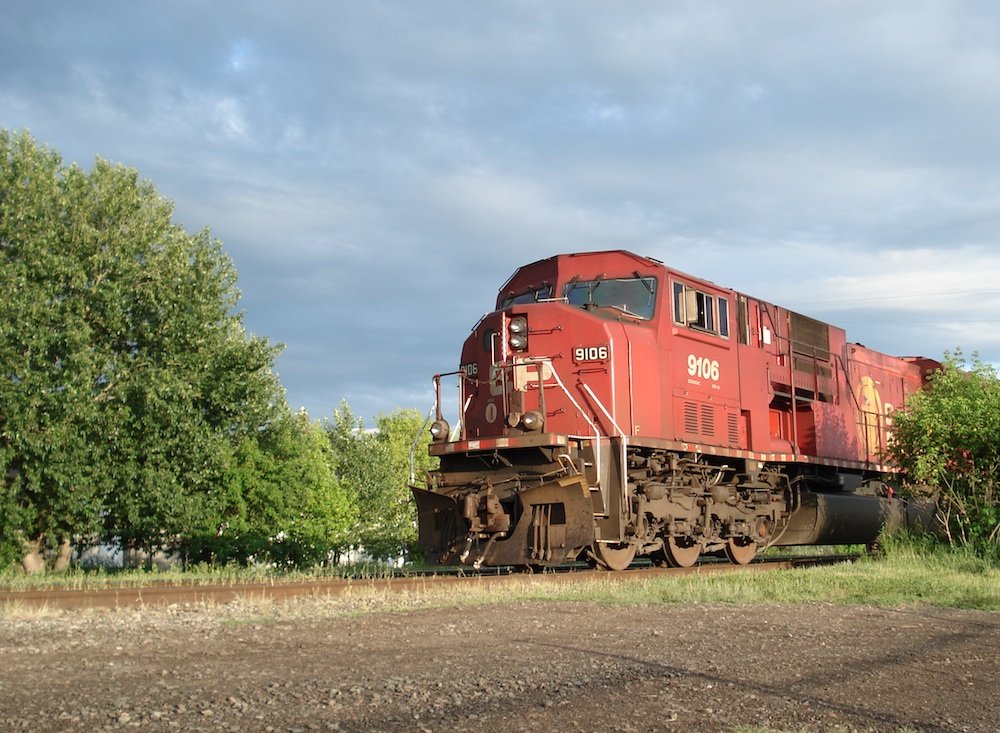 I’ve been busy mastering field recordings from last summer. As a result I hadn’t recorded sound effects for about three weeks. I sensed I was falling into a rut. I knew I had to force myself out there and record something or the rut would deepen.

I really enjoyed recording freight train sound effects about a month ago. I wrote about the session in an earlier article.

Although waiting for freight trains can be tiring, overall the experience capturing them is a lot of fun. You really get the sense of strength, muscle and power as these trains blitz by.

Each locomotive has a different voice of groans and whines. The speed and type of freight cars can provide a lot of character. Even the quality of the track contributes to the sound: more of a rattle, a grinding aspect or even a singing wail.

So I set out again.

The spot I had strategically chosen during my previous shoot was blocked by some parked freight cars.

I set up on the south side of the three tracks instead. That side of the tracks had a dirt roadway for service trucks so there was more space.

I know my microphone, preamp and recorder well enough that I usually record ‘blind,’ or without monitoring with headphones. Good thing I changed my mind. I heard a radio station in the headphones. (What was I thinking?)

I turned the microphone parallel to the tracks. The RF became stronger.

I’d experienced this with the Neumann 191 microphone before. I’ve been told that Neumann microphones are susceptable to RF (radio frequency). The Zoom H4n was fine though.

I’m not exactly sure why the RF was so strong. Perhaps there was a power line cable buried beneath the road contributing to an RF field? I have no idea. If anyone knows more about this I’d be interesting learning. Share in the comments below.

It was easily fixed though. I moved the microphone closer to the tracks. The RF disappeared.

I waited about two and a half hours. Three trains passed. I was pleasantly surprised that two of the three were new models not in my library.