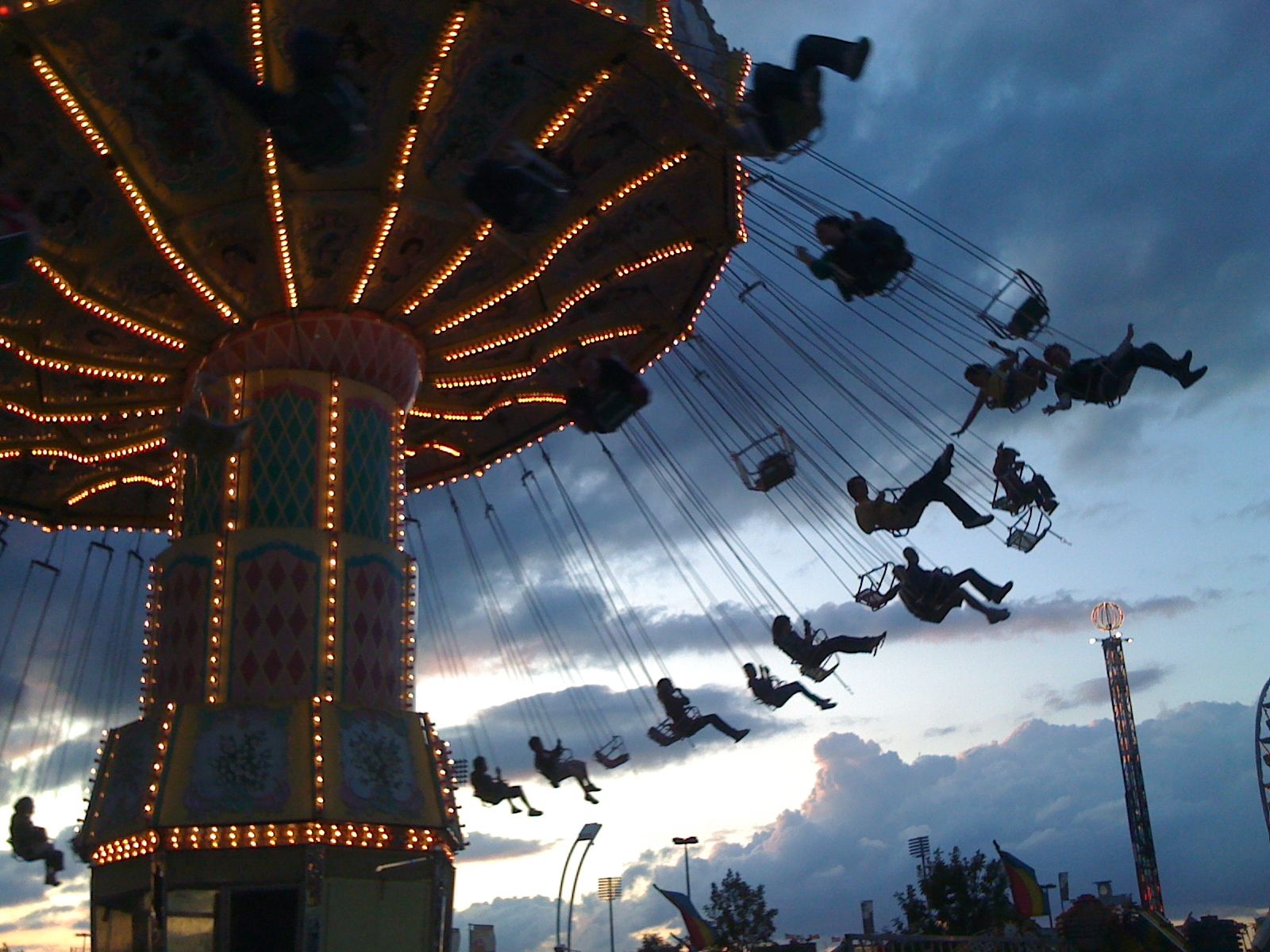 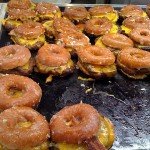 I make a point to visit each year before the carnival packs up and disappears with the vestiges of summer.

Jump to and download the fair sound effects now.

I enjoy wandering the vast fairgrounds amongst the crowd, playing the odd game of chance and seeing the fair light up as dusk settles.

The CNE has a buzz to it. What creates this buzz? I’ve tried putting my finger on it. Unlike amusement parks, the CNE lasts only a few weeks. Maybe this impermanence contributes to it. The throngs, events, rides and games create an expressive atmosphere.

As readers of this blog know, I seek out evocative sound effects for my library at airbornesound.com. Carnivals are stuffed with unique and distinctive sounds. The crowds are excited, diverse and lively. Barkers entice with characteristic flair. Both the games and rides have unusual voices.

My goal was to capture the vividness of the fair with field recordings. The environment was rich. How hard could it be?

I quickly discovered how tricky it was recording evocative fairground ambiences in such a complex environment.

The CNE sets up at Exhibition Place, southwest of downtown Toronto near Lake Ontario. 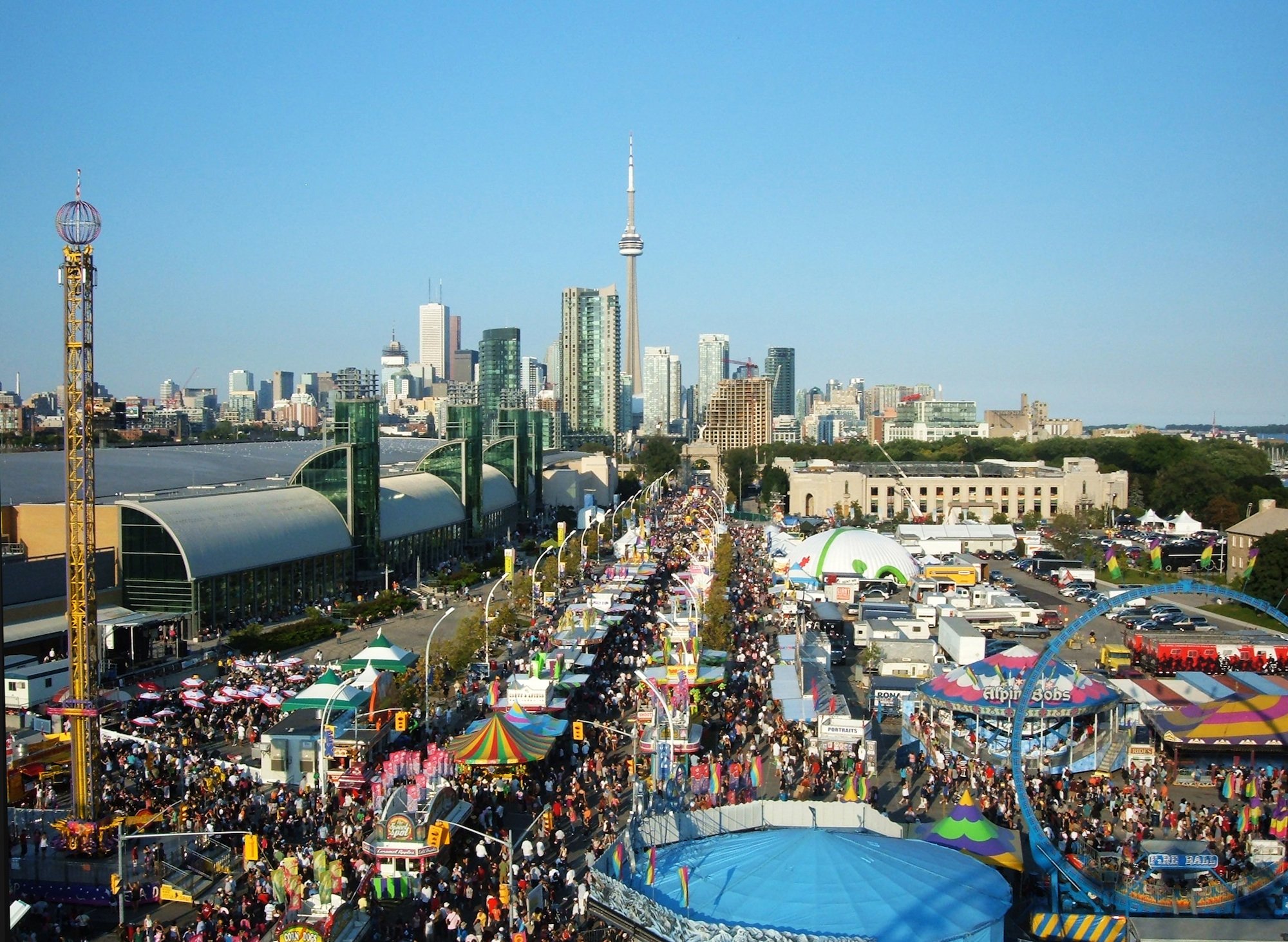 I had been to the CNE before, so I had considered the location scouted. The layout didn’t change much from year to year.

Within the grounds common attractions are grouped in areas. The casino, exhibitions, kid’s rides, games and midway were all separated. This was good; I would concentrate recording each family of sound effects before moving onto sounds of a different nature elsewhere.

Because I had scouted I knew the challenges I’d be facing. They were:

There was a lot of ground to cover. To capture the spirit of the fair I wanted ambiences from:

I set aside seven hours to record as many sound effects as possible.

It was hard to get a break from the challenges. Whenever a concert ended the air seemed to fill with helicopters.

I also realized that the carnival transport trucks and motor homes were parked on the fairgrounds, tucked behind rides or game stalls. They were out of sight, however they ran compressors steadily and the low end seeped throughout the fairground.

In most locations I found myself waiting for:

Reorienting the microphone didn’t help since the nature of these interfering sounds were so loud or pervasive that they flooded the fairground. Changing the microphone pattern was similarly useless. The only solution was to wait or move on.

One benefit was that recording stealth wasn’t an issue. It was easy to be inconspicuous amongst so many people and so much activity.

You are welcome to download and use the following fair sound effects in your personal projects as long as you do not redistribute them, even for free. 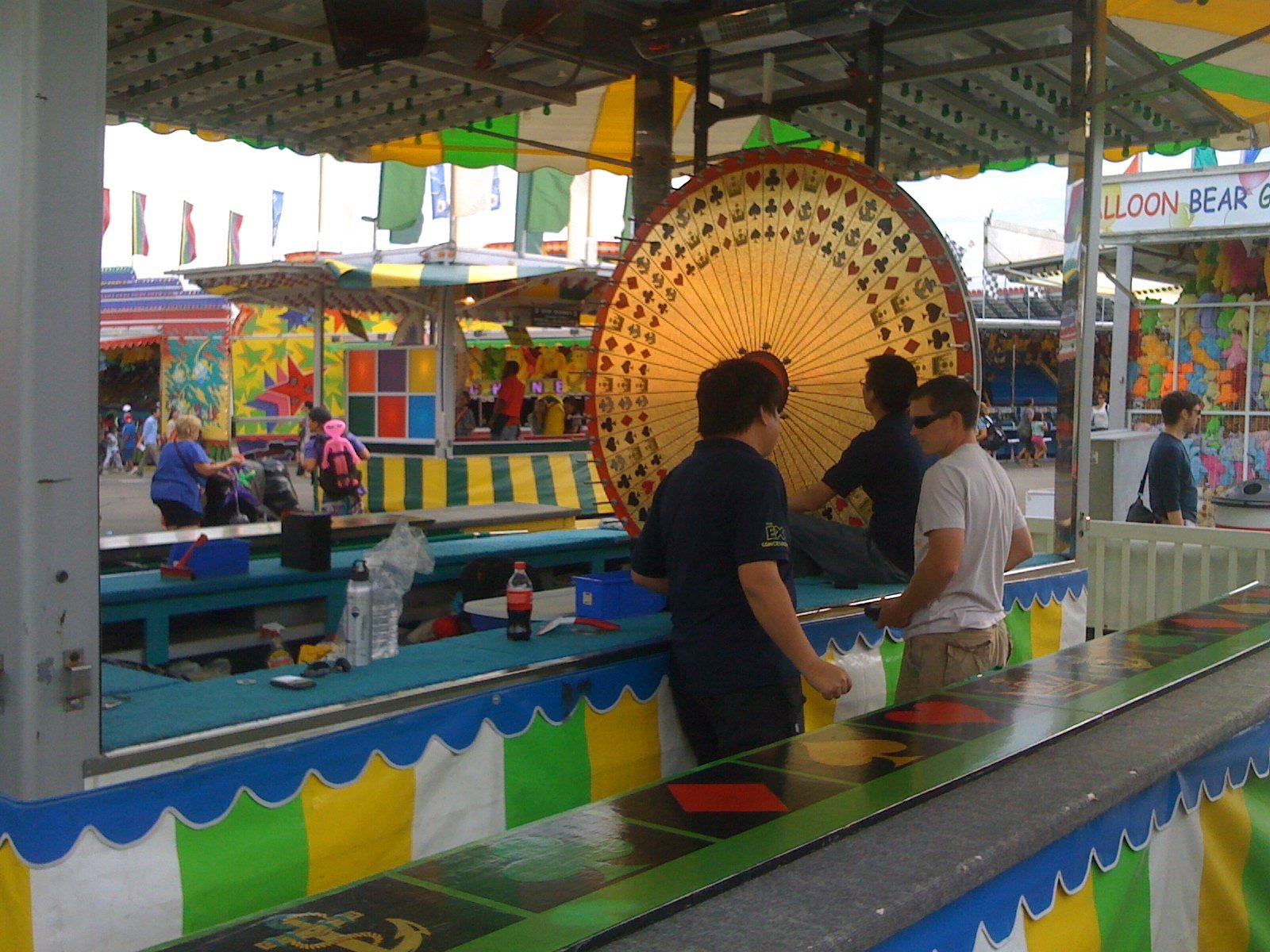 The first field recording is a crown and anchor game sound effect. There are two, each with different click tones. I positioned the microphone so one was generally in each channel to create an impression of width. As with the following midway games, there’s a bit of light carnival ambience. 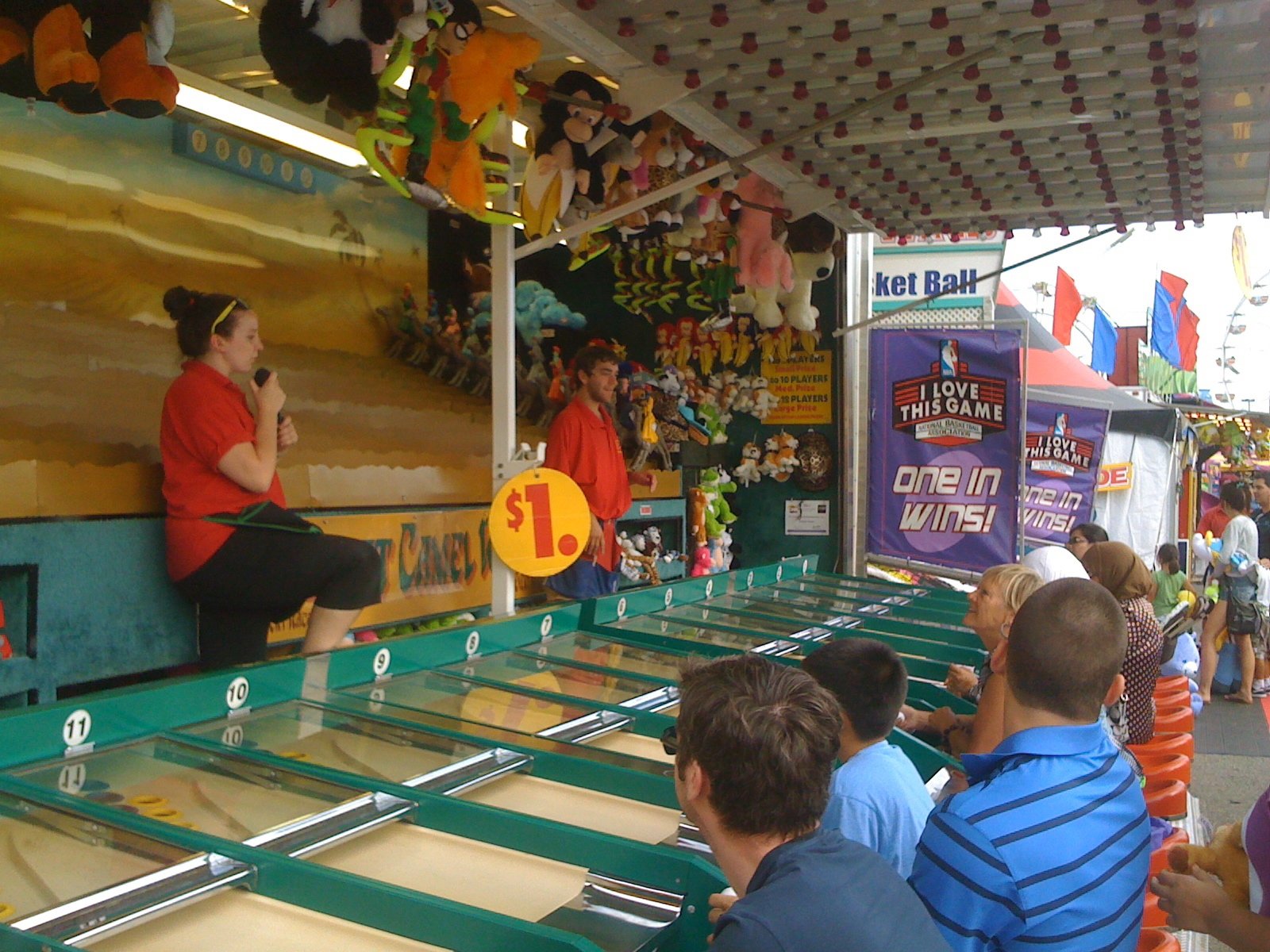 This recording is a close ambience with a bingo caller on one side and a derby race game on the other. The players rolled balls up a slope into sockets to advance horses to the finish line at the back of the stall. A female announcer called the play.

Here’s a sound effect of the shooting gallery with air guns. I was right next to the booth. You’ll hear the grizzled booth operator and some excited teenagers amongst the shooting.

I stepped back into the middle of crowd to record this carnival ambience sound effect. There is no particular focus on any game. The crowd is thick and milling, and has a lot of distintive vocals and detail.

I also recorded some rides. 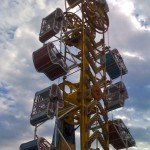 Unlike previous years, there were only a few spots where music from the rides didn’t saturate the recordings.

This ride, called the Fireball, had a great swishing, mechanical aspect to it. As you’ll hear though, there’s music in the background. EQing the sound only crippled the effect. I’ll include it for reference but since it breaches copyright and isn’t the greatest quality I’m not going to include it in the Airborne Sound library.

I had more luck with The Zipper (pictured up to the left). This fair ride sound effect captures the machine starting and swirling with some screams. Bumper cars are behind the mic.

Because the shoot was technically challenging given the music, aircraft and overlap, it was difficult to record a clean, evocative representation of the CNE.

I was satisfied with the ambient midway crowds. The Neumann microphone did a good job capturing the impression of the business of the swirling, milling crowd while adding the bells, sirens and machinery of the distant rides. The excited crowds and energetic barkers were key to contributing to a vivid, distinctive track.

A note about overlap: I come from a film editing background and I prefer to have discrete, pure recordings of machines. In the past I would lose my mind waiting for a clean take. Promising takes would begin and be interrupted 20 seconds after I punched in.

Given that I was stealth recording I considered two second-best perspectives to recording specific effects: