You are here: Home / Creativity / Why How You Record Sound Effects Matters 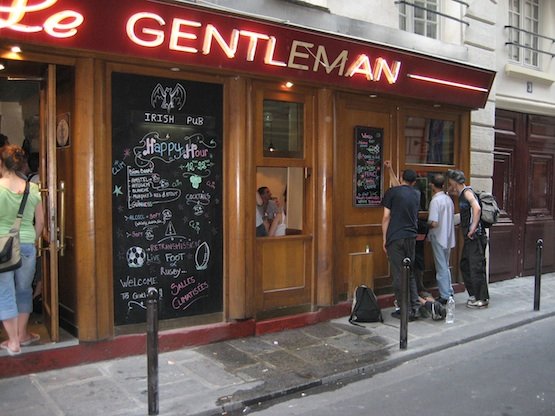 Recording World Cup reactions from the street in Paris

I was originally going to write about field recording international ambiences for airbornesound.com today. But as I started writing, the post turned into something else. I realized that I needed to cover another way I find creativity first.

I’ll get back to international sound effects later.

In my last post I wrote that blending your passion with field recording can produce excellent and creative sound effects.

I’ll use international field recording as an example. Of course, you’ll have your own preference. The basic ideas should apply to any sound you want to record.

The importance of what you record

In the last post I wrote about how I changed what I was recording and became more creative. I suggested that bringing your passions to field recording make your recordings richer, more fulfilling and carry a direct imprint of you, the recordist.

In other words, I believe that what you record matters.

Everyone needs a foundation sound effects library. Sound effects such as doors, traffic and room tones are essential. I just don’t think that these are creatively fulfilling to record.

Part of the reason is that sound effect recordings of windows and phones have a limited amount of expression. The sound they make is predictable and finite.

Foundation sound effects like these are useful of course. Recording basic sound effects will sharpen your skills. They will help you learn your microphone and your recorder and get your ears in shape.

Instead, I’d suggest that you will feel more creative and fulfilled by carefully choosing what you record. Last post I suggested that merging your passion with field recording would have good results.

You can also record dynamic sound effects: animals, crowds, nature, and vehicles. These things have a vast variety of the sound they produce so you are guaranteed to have more interesting recordings.

There are two reasons for this:

For me, foreign cities had an endless amount of new sounds. I worked with the environment to capture a classic Spanish market, or inspire British football fans in a pub to sing their team chant.

For you it may be tweaking and recording V8 engines. Or it may be capturing the expressiveness of a jungle as the it wakes in the morning.

How you record matters

It was only after I started field recording abroad that I realized another source of creativity can come from how you record.

Once I had changed what I was recording I found my creativity bounced back. I managed to capture some good recordings but back in the studio I felt the tracks lacked something. Technically they were fine, but they felt bland. And then it hit me. Originally I recorded these sound effects while stomping around the city with a windjammer and brilliant blue Portabrace bag out on display.

I realized I was approaching recording foreign ambiences completely wrong. People clammed up when they saw the gear. That problem was obvious enough. I also realized that recording a foreign culture as if it was a structured environment was completely inappropriate.

These places and people weren’t static. By blatantly recording them I became an outsider and the recordings reflected that.

The answer in my situation was to stealth record. This technique would be truer to the sound effect I was trying to capture.

I described the four types of field recording here. Previously I had been recording in structured environments. When I began stealth and guerrilla recording the sound effects improved. They became more representative and unique.

When I did this I also found a new set of challenges appeared.

The recordings needed to be accurate and clean. That was clear. Now, while recording with a different technique, new problems appeared. I had to ensure no one interfered with the recording. This meant that the location of the microphone needed to be placed thoughtfully. I had to ensure I wasn’t spotted by security. In some cases a challenge appeared before I punched in; even getting into a location could be a problem.

Overall, though, stealth field recording was less about being sneaky and more about trying to blend in and integrate with a new culture. I feel now that if I do this right, I can accurately portray the city and its people through sound effects in a way that is evocative and true.

This is far from being a criticism of studio recording. Choosing how you record is also about what is appropriate to the sound effect. Certain sounds require different types of recording.

Are you creating harrowing demon voices? Stealth recording is the wrong choice. Set up your gear well, choose the proper microphone and camp out in the studio. Tamil Tiger protestors in front of the United Nations? Guerrilla recording is the way to go to capture the emotion in those sound effects.

Finding a recorder and a Foley prop isn’t difficult for a field recordist.

Instead, the biggest challenge we face recording compelling sound effects is maintaining our creativity. Creativity is that one thing that ensures your recordings will be unique, powerful and useful.

Because creativity can vanish at any time, we can use tricks to ensure it is under our control.

Make sure that what you record helps incite creativity. It can be something you are passionate about. It can be a sound that is inherently rich and allows you to use your creativity to generate evocative field recordings.

How you record is also important to maintain inspiration. Choosing the proper method of field recording will not only represent the field recordings best but it will also provide challenges to help you remain creative.

In my next post (I promise!) I’ll discuss how I use these to methods when recording international sound effects.