You are here: Home / Creativity / Investing Yourself in Sound Effects 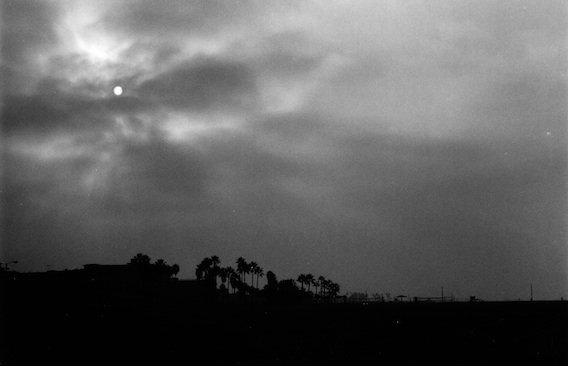 I wrote a post last month about investing your yourself into your sound effects recordings. I suggested that pro equipment was mostly irrelevant. I felt it mattered less to the recording than the field recordist themselves. Infusing your personality, desires and motivations was a way, I suggested, to ensure your sounds were evocative and compelling.

But how exactly can a field recordist do that?

In this post and the next I’ll discuss one specific way of making certain your sound effects are more creative, expressive and absorbing.

This post is not a step-by-step guide. Creativity doesn’t work with checklists anyway. It’s more about how a different perspective can help you record better, creative sound effects.

Contents hide
When technical skill wasn’t enough
Why the role of equipment is limited
The answer? It wasn’t sound
What worked for me
Investing yourself in the recording
Your imprint

At that point I had recorded about 8,000 sound effects. They all were mastered and embedded with Soundminer metadata. I felt productive, but despite this something was missing. I was feeling hollow and I wasn’t sure why.

One day when while recording smashing grapefruit and tomatoes I realized the answer. It was supposed to be fun hammering fruit and creating goopy horror sound effects, wasn’t it? Don’t mistake me: horror sound effects are a great tool to have in your library. But as the session progressed I saw why something was missing.

I had set up the mic properly. The levels were good. Everything was recording well. But as I reflected upon the mashed remains of a Florida citrus I realized that very little of what had occurred was about myself.

Recording sound effects had become more about technical aptitude than fulfilment. I realized the session was less about my own creative input and more about equipment and technique.

Why the role of equipment is limited

There’s always a period when gathering and setting up gear is exciting. I believe this comes less from the equipment itself but something that is happening within the field recordist: learning. The curiosity and fulfilment of grasping something new and accomplishing a task is rewarding. However I find it flickers and dies quickly.

Why? After a certain point gaining more technical aptitude is a matter of diminishing returns: you can spend a year getting 95% proficiency in a skill. Getting that last 5% will take ten times as long. Once you reach a reasonable amount of skill, becoming elite is exponentially harder.

I think the same thing applies to the technical aspect of field recording: the first time you successfully capture tricky sounds like guns, cars, or animals, it’s thrilling. The second time it’s less exciting. By the tenth time you could do it in your sleep.

The reason for this is because the equipment itself is finite. It doesn’t change much. Once you’ve figured it out how to use it, it won’t one day suddenly become more challenging.

And thereafter your sense of fulfilment will diminish and your creativity will dwindle soon after.

So what can you do?

The answer? It wasn’t sound

I was passionate about sound recording, but beside that, nothing in that session had anything to do with me. Neither the pulverized fruit or the equipment I had used for years brought inspiration any longer. I had been robotically setting up equipment and pressing buttons while methodically swapping Foley props.

So if the gear and technical aptitude had a limited creative lifespan, where could I draw from?

Burned out and frustrated, I decided to get off the continent. Travel had been a huge part of my life but crushing post-production schedules had kept me at home for years. I met friends in Amsterdam and London. Instantly my senses lit up.

I realized that one answer was to turn to passions that had nothing to do with sound.

What worked for me

I need travel. I thrive on the challenge of being thrown into the unknown and ‘learning’ a city. I can’t get enough of absorbing foreign cultures, even if it is the next state over. I’m captivated by the differences in the way people live. Travel is something I needed to do even if it had nothing to do with sound.

I began travelling and recording the sounds of the places I visited. My fascination for foreign people and cultures directly impacted the field recordings. I spoke to natives to find cool, unusual sounds I would have otherwise missed. My passion for new places made me aware of the contrasts with home or from other places I had been.

Bordeaux has areas where you hear more Arabic than French. In Montréal Metro lines run on tires, not rails. Austrian German sounds more formal than German spoken in Berlin. 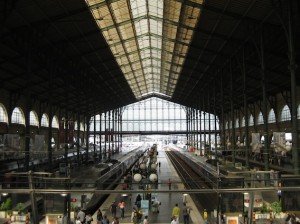 My goal is to represent my passion for travel through field recordings of immersive sound effects. If an expatriate can recognize the nuances of their homeland in one of my recordings, I’m incredibly satisfied.

This further kindles my creativity and my passion for travel. They support each other: I’ve been to France a few times, but would I see it differently if I returned with a recorder? I’ve recorded dozens of train station sounds, but how exactly are station ambiences in Paris different, and will I have to approach recording them differently?

Investing yourself in the recording

Maybe you’re a gamer and you know just when and how to use sound to immerse or shock players during an RPG dungeon raid.

Maybe you love fencing. You know the difference between a rapier and a sabre and how they’re used. You could identify the fighting styles by sound alone. Not only will your recordings be more accurate and useful to others because of your passion, the recording session will be far more fulfilling.

Maybe you can hear the difference between combustion engines or breeds of dogs. Perhaps you collect guns or timepieces.

What do you love to do? What do you do when you’re not working in sound? As the saying goes, If you could do anything and knew you couldn’t fail, what would it be? Use the answers to these questions to guide you.

Bringing your passion to field recording invests you in the sound effects. The recordings will be authentic, detailed and fresh. You’ll likely add nuances a novice would miss. This brings your character and personality directly into the recording. The sound effects will be unique and branded with your personal creative imprint. They will be far more evocative than just a product of pressing buttons on gear.

In addition, the juxtaposition between the craft of field recording and the knowledge of your passion is certain to ignite inspiration and creativity.

Common advice to writers is ‘write what you know.’ Do the same with field recording. Develop a niche, or a specialty. Follow a passion that has nothing to do with sound and I guarantee your sound effects recordings will be more fulfilling and creative.

In my next post I’ll discuss how the challenges of field recording international ambiences can affect your creativity.