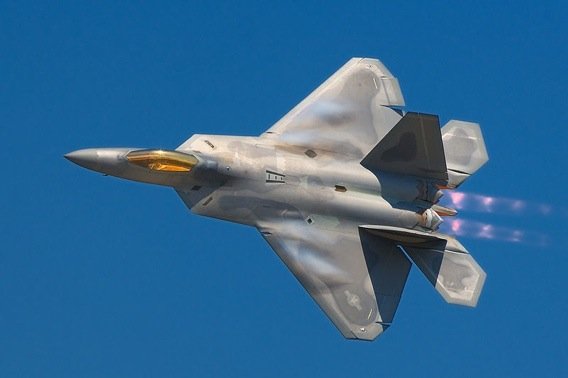 As I mentioned in a previous post about recording Indy cars, I really like how the texture and power of high-performance engines found in specialized cars and aircraft can rouse emotions in listeners.

While living in Vancouver I collected a good selection of seaplane sound effects for my library at airbornesound.com but until recently I had a shortage of jet fighter sound effects.

It’s not that easy for an independent field recordist to arrange private time with military jets. The next best thing is recording air shows.

Toronto has a yearly air show. Every year it is in danger of being canceled because residents complain of the ear-melting noise of the jets flying over the city for three days. The staging area is over Lake Ontario and to get there the jets fly across the city from an airport to the north, rattling windows, eardrums and nerves along the way.

Knowing that the air show was running on borrowed time I knew I had to record these jets while I could.

The primary challenge with this shoot was finding a good location. Since the air show was in downtown Toronto, traffic and people were everywhere.

In summer Toronto is quite hot and humid, reaching as high as 35-40 degrees Celsius (95-104 degrees Fahrenheit) some days. That weekend was particularly sunny and hot so air conditioners were running at full tilt, filling the city with an incessant whine. Finding an isolated location would be key.

Another challenge was capturing the jets accurately and cleanly. They are incredibly loud and even at a distance have the potential to ‘blow out’ microphones.

I had a few days to scout locations. I eventually found a handful of decent spots to cover any surprises on the day of the shoot as well as provide alternate perspectives of the jets.

In the end, recording in the city had a cool side effect. The high-rises acted like a sound canyon and the reflections added natural ‘city reverb’.

Too much of this would make the sound effects seem like they were recorded in a hall. Without any reflections sound would appear to vanish abruptly (c.f. Sound Ideas’ original 5000 series, where the cars were ostensibly recorded in a desert). As soon as I noticed the reflections I picked up the recording gear and ran around wildly finding a spot with the right balance of reflections.

The CF-18 and F-16 recordings in particular have some interesting ‘city reverb’ reflections. The SoundCloud player compresses the recordings a bit so some of the fidelity is lost, sadly. You can follow the ‘find more’ links beneath the player to hear the recordings with more depth and resolution on airbornesound.com if you like.

The CF-18 is Canada’s version of the F/A-18. This was recorded as it sailed above the mic. It has a crisp, clean aspect.

You can read more about this jet on Wikipedia here.

The F-16 is the oldest of these three fighters. It has a deeper, more brooding aspect to the sound.